I signed up for only my second run this year. NTV7 is organizing a run, their very first run event, mind you and I signed up for it this morning. It's only a 7K run but a run is still a run and besides, seeing as how it's being hosted by NTV7, I'm sure it'll be a carnival like atmosphere, at least I hope it will be :D 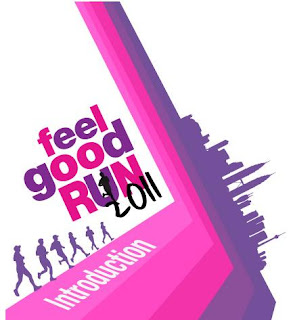 The registration is a little on the high side at RM25 though still not as expensive as some of the other runs. I only wished they had a longer distance run or at least a 10K but then, like I said earlier, a run is still a run :D I heard it's only limited to 5000 participants so if you're interested you'd better hurry along and sign up. The run is slated to kick off on the 3rd of July.

Here are the registration details:

Registration is open from 19th March and closes on 19th June and can be done online at www.ntv7.com.my/feelgoodrun. Manual registrations can be done at the following: