Bet that got your attention :D No, I'm not doing the Leadville Trail 100 mile Ultra Marathon. I may be a little crazy at times but I'm not that crazy la, though I do have some secret desire to try this one day when my head isn't screwed on right.

Razif Yahya, whom I highly suspect is not really from this planet is attempting (and I'll bet he'll do just fine) to take on the Leadville Trail 100 mile race that's slated for the 17th and 18th of August this year. Razif or Ray as I call him, is a good friend and running buddy and being the only Malaysian in the event, I thought it'd be good to give the guy some support. 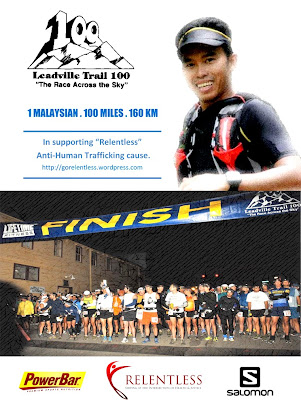 He's been training like there's no tomorrow, raking up the mileage day after day to prepare himself for this. Just looking at him hard at work is enough to tire me out for a year or two. I had a good chat with him during the PNM launch and learned quite a lot from him about ultra running and also found out that he was doing the Leadville Trail 100, don't forget its in miles and not kilometers, ya?

The Leadville Trail 100 mile Ultra Marathon (also known as the Race Across The Sky or LT100) is known to be one of the prestigious Ultra Marathons in North America that's held annually on the trails and dirt roads near Leadville, Colorado. First run in 1983, runners in the race climb and descend 15,600 feet, with elevations ranging between 9,200-12,620 feet. 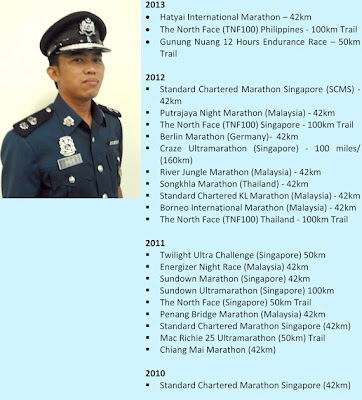 In most years, less than half the starters complete the race within the 30-hour time limit. The LT100 is one of seven trail running and mountain biking races in the Leadville Race series, currently operated by Life Time Fitness. The course is a 50-mile out-and-back (from Leadville town to Winfield town  then return back Leadville town), starting at 10,200 feet. The centre piece of  the course is the climb up to Hope Pass at 12,620 feet - the highest point in  the race, which added more difficulties in completing the race due to the thin air and  high altitude.

More information about the race can be found at their official website or you can visit Ray's blog for added details. Even though I won't be there in person, I'll be supporting you all the way from here. Do us proud, Ray! I have the utmost faith in you! Come on and join me in supporting our very own Ultraman! 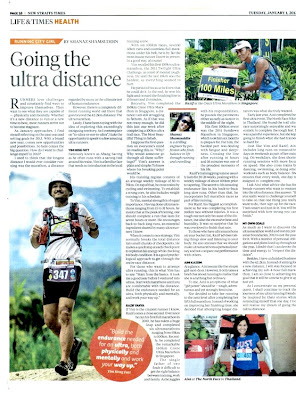