In A Daze Over Haze

My training recently has not been dictated by the time I have available to run but more by the unhealthy air that we're having. The bad haze situation we've been experiencing lately has really put a huge damper on my training mileage.

For the past two weeks, I've had to wake up every morning, groggily look out the window, sniff the air like an animal and see if it was 'safe' to actually lace up for a run. While the 'lazy to wake up' part of me will rejoice at being able to jump right back into the warm bed, the competitive part of me curses and frets at the missed opportunity to acquire some much needed mileage.

My total mileage has dropped by more than half of the average 80-90k I've been hammering in weekly. As it is, it's already pretty difficult trying to get mileage like that without sacrificing a lot and constantly being under the threat of having to sleep in the porch from spending too much time running, the haze is something that I could do without. 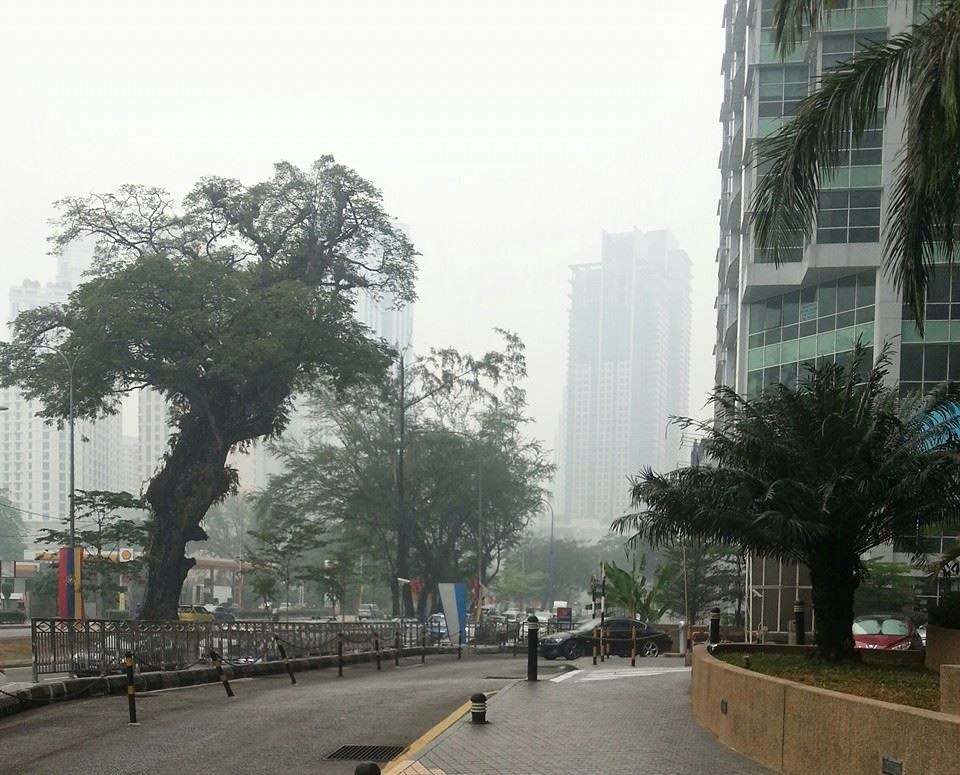 Unfortunately though, the haze looks like something that we're going to have to factor into our lives on a regular basis these days. Certain changes in daily routine need to be done and that includes changes in my training plan. How to achieve that is something I'm not entirely sure at the moment. It's not like I could just drop everything and run when the weather clears up a little (though I wish I could).

Running through rain or sun is no big deal. At least that's doable but not through the haze. That's pretty suicidal if you ask me. Race organization has also taken a beating with the current unhealthy air. I dread to think of the tough decisions the race directors have to make due to the 'unsafe' running conditions. Cancel a race and be damned. Don't cancel and also be damned.

Times like these make me wish I didn't cancel my gym membership two years back. At least then I could have at least utilized the 'dreadmill' to get in the lost mileage. It won't be the same as pounding the roads but at least I'll still be able to run. I could look into getting a treadmill but I'd need to print some money first and once again, the prospect of being locked out of the house is very real. As it is I've been warned that I'm spending way too much on run gear already.

But with a few key races lined up, mileage is something I cannot skimp on. I'm going to have to grab every opportunity to run during good breaks in the air quality, even if it means running late at nights or at ungodly hours of the day. Something will have to be worked out, at least until this hazy weather clears up and things get back to some semblance of normalcy.

'Sniff, sniff', is that clean air I smell out there? Looks like it might be time to lace up for a run!