Nulli Secundus (ˈnʊliː səˈkʊndʊs), otherwise known in English as 'Second to None' marks the tagline for the 5th edition of the BSN Putrajaya Night Marathon 2014. 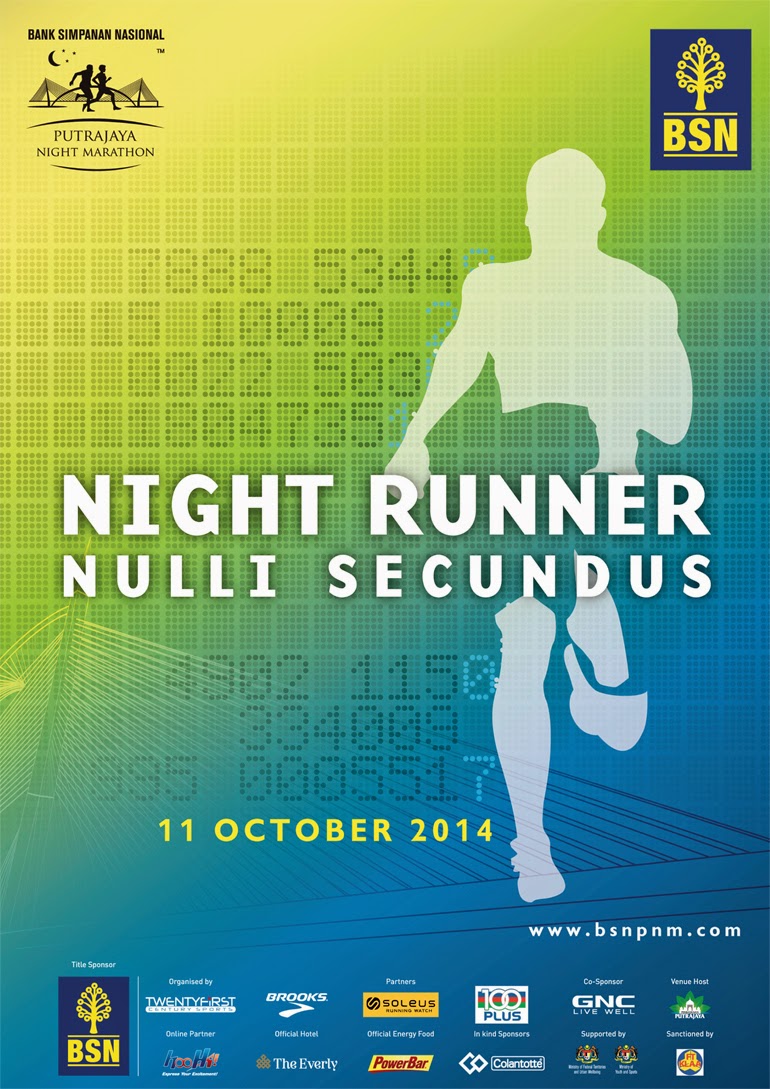 The BSN Putrajaya Night Marathon 2014 was officially launched today at the Royal Chulan Hotel, Kuala Lumpur. Organised by Twenty First Century Sports (M) Sdn Bhd along with Bank Simpanan Nasional (BSN) as the title sponsors, this marks the 5th year the event will grace the streets of Putrajaya. Slated for the 11th of October 2014, the event promises to light up the night again.

This year's edition will see the race unveiling a new route for the 42k and 21k categories throwing away all familiarity runners had with the route of the previous years and making the challenge of conquering the night a fresh new one again. The 21K route which I've had the liberty of  running with a group of friends certainly poses a tough challenge for the seasoned runner as well as the newbies. But what's a race without a little challenge, right?

With a target participation cap of 10,000 runners, the event has already garnered 7,000 confirmed runners for Malaysia's most sought after night run. 'I am deeply encouraged by this year's early registration for BSN Putrajaya Night Marathon' said Race Director V. Nithiaseelan during the press conference this afternoon. 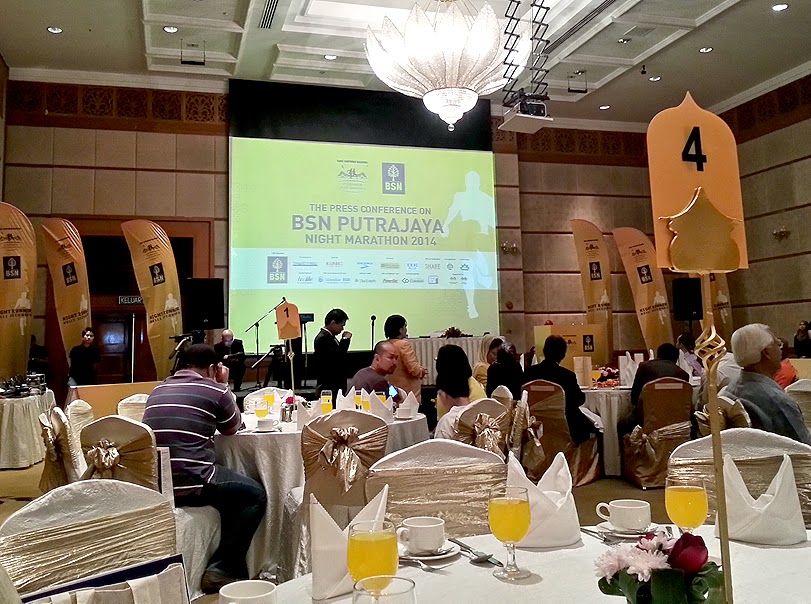 Aside from the race route change, this year also sees the runners being insured by Gibraltar BSN, right from the starting line to the very moment they cross the finish, giving extra peace of mind throughout the run. In addition to this, BSN's Deputy Chief Executive, Ahmad Latfan Mohd Amran also announced the new beneficiary for the 10km Corporate CSR run category for this year, Persatuan Disleksia Malaysia, an NGO that helps develop the ability of Dyslexic children to learn.

'We raised RM100,000 for our beneficiary last year and we hope the enthusiasm to participate in the 10km Corporate CSR run category will continue to grow for 2014,' continues Latfan. Can we see RM200,000 this year?

As the signature of all Twenty First Century Sports (M) Sdn Bhd organised events, runners can expect a host of surprises and entertainment greeting them along the route. Another added bonus waiting at the finish for the full and half marathoners will be in the shape of a finisher cap in addition to the finisher tee.

Those interested to participate can visit www.bsnpnm.com or www.hooha.asia for more details on registration and payment methods.