My first reaction to seeing the Skechers GOmeb KRS™ was that it looked like football boots. In fact it didn't look like any of the usual Skechers GOseries shoes that I'm all too familiar with. I was a little apprehensive, to be honest. None of the sleek designs that I'm familiar with, none of the bright colorway that adorns most of the Skechers GOseries. None of the flexible mesh that runs along the upper. What I held in my hands felt almost plastic like. 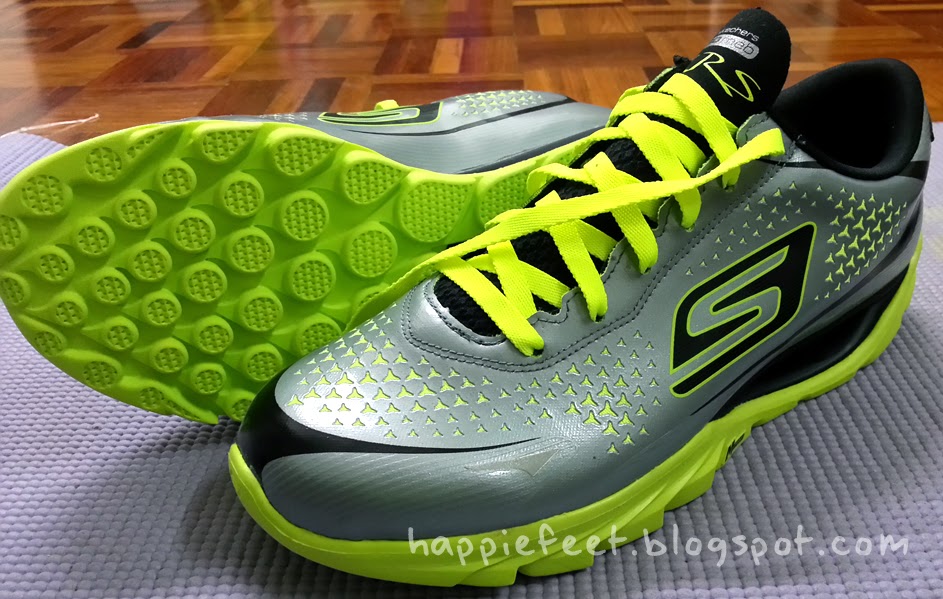 Still, it was a Skechers shoe and also one that Meb himself used to train in so it can't be all bad and I should not let looks alone influence my fondness for a particular shoe. After all, I need to put it on and see how it actually performs before passing judgement. I've put some miles in them and well, they do have some good and bad points.

The Skechers GOmeb KRS™ running shoe, which I shall refer to as the KRS, is touted as the shoe that Meb used to train in. The KRS main feature is the Kinetic Return System (hence the abbreviation) that supposedly delivers more energy with every stride you take, sort of like a spring. The Kinetic Return System is made of highly resilient and durable Dupont™ Hytrel® that's catered for a higher energy return. 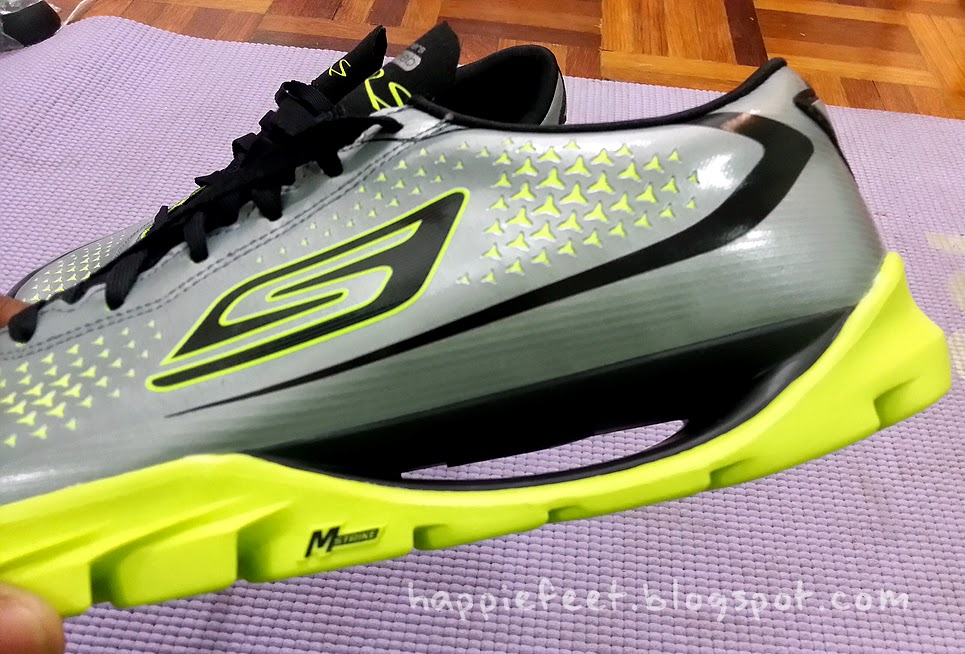 The upper has moved away from the usual Skechers GOseries shoes in a sense that the upper of the KRS is made of a lightweight 3D printed material with a mesh underlay so much so that it gives the shoe a plastic look and feel. You'd be forgiven to think that shoe was hot and non breathable. In fact it was precisely the opposite. The KRS was surprisingly breathable and I didn't encounter any heat discomfort throughout my run (a 10K the first time). Granted it was an early morning run but my second run in the shoe was in the late evening and it still felt cool throughout the run. So, it gets a thumbs up for that. 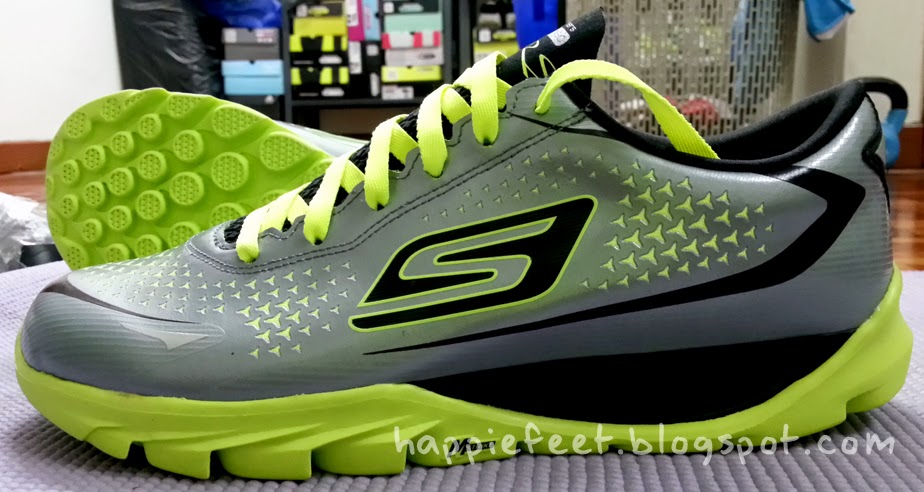 The fit was surprisingly true to size. I was toying with the idea of up-sizing it from my normal size 8 to a 9 cos the material of the upper didn't look like it would flex enough with feet expansion. I decided in sticking to my normal sizing and see how it went. Thankfully, it was a good decision. The shoe fit pretty well, nice and snug, no slippage which would have happened if I had sized up. The tongue was sewn on giving a sock like fit to the feet.

The midsole is made up of the propriety Resalyte™ shock absorbing material that is found on most of the Skechers GOseries and a flexible forefoot Resagrip™ outsole for durable traction. The circular GOimpulse pods looks similar to the GOseries minus the added lugs at key areas. The outsole did a pretty decent job of absorbing the impact of the road, maybe a little too much cos I kept bouncing much more than I normally do during my runs in them. 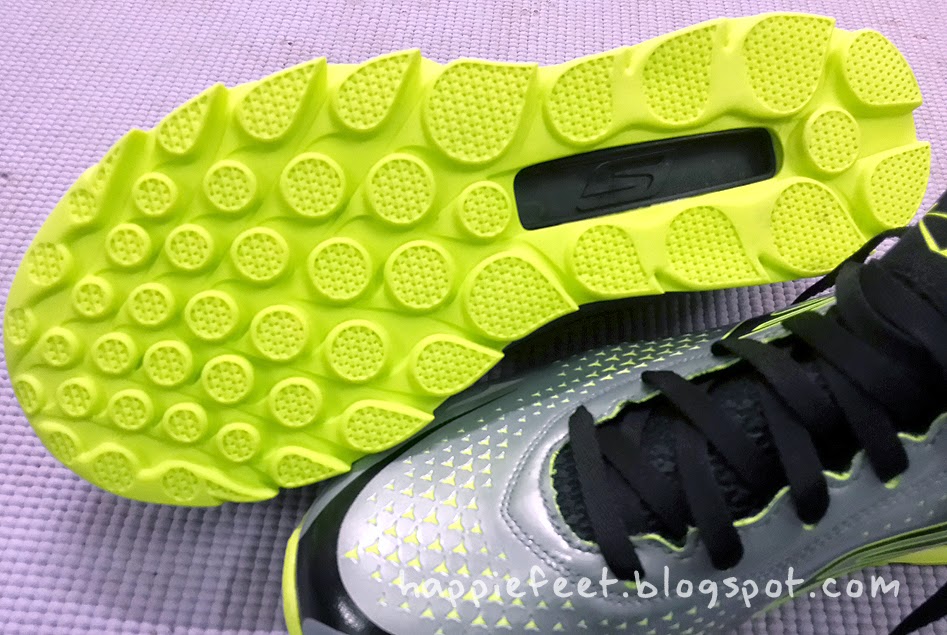 For a bulky looking shoe, the Skechers GOmeb KRS™ was decently lightweight, weighing in at 8.3 oz. for a men's size 9. I would have thought it would be a heavy shoe to run in but they didn't pose much of a weight issue when I ran in them. With a heel drop height of 4mm, the shoe would have shown some potential as a training and recovery shoe if not for a few factors that I found unsettling. 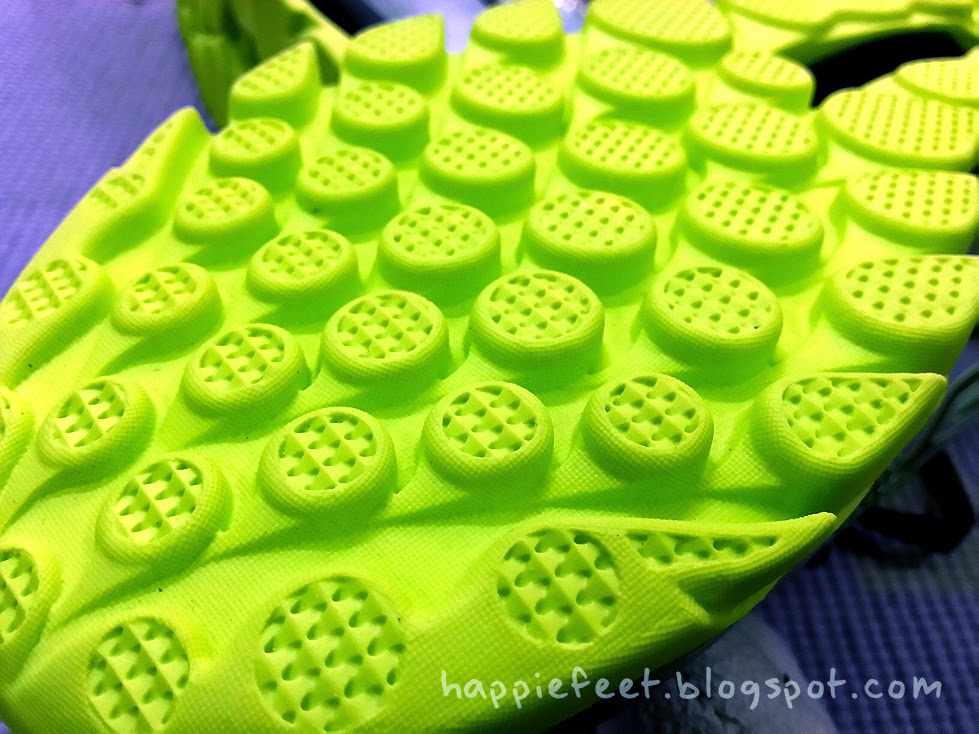 The first factor that was the most obvious to me was the lack of 'give' in the shoe. The upper being made of a 3D printed material totally lacked the excellent flexibility and 'stretchiness' that is apparent in all the other Skechers GOseries. I couldn't wiggle my toes or toe off like I normally do cos the KRS just wasn't capable of doing that.

Another thing that I found unnerving was the first time I put on the shoe, it clamped on to my forefoot uncomfortably. Again I put that down to the 3D printed upper. Like I said above, there just isn't enough 'give' in the upper. That 'clamping' feel wasn't really too bothersome but it was enough to distract me throughout the run. I'm so used to putting on a regular Skechers GOseries shoe and not feeling it on my feet at all. 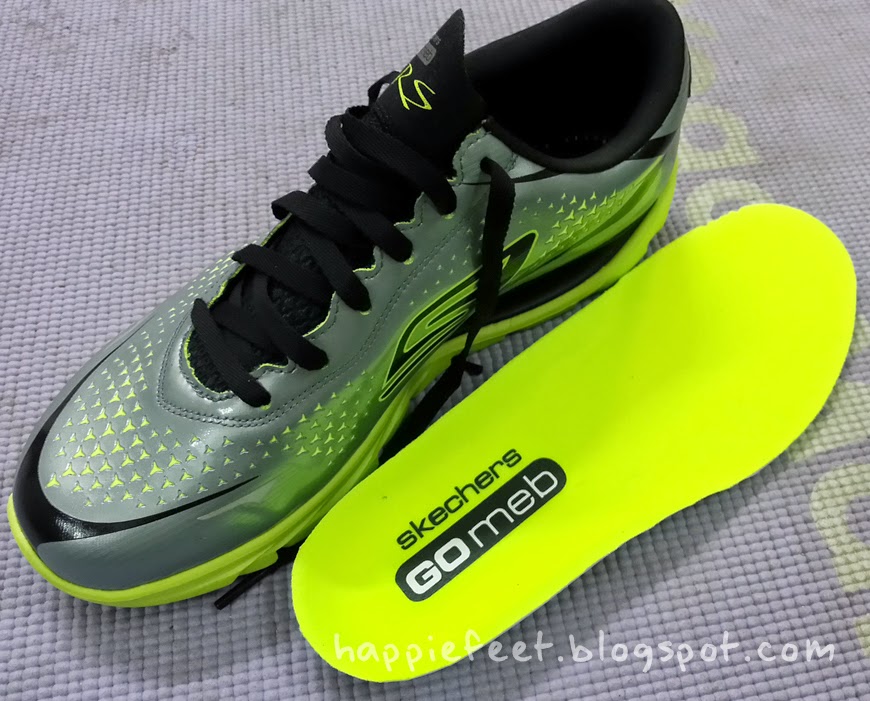 The Kinetic Return System just didn't work for me. I experienced too much bounce with every step and found myself having to actually use more energy trying to correct it. I'm not saying the KRS system is not good, just that it doesn't work for me. I'm so used to keeping my vertical oscillation much lower that the KRS system made me feel like I was about to take off uncontrollably! Like I said, it's just me and the way I run. Perhaps it works better for others. In fact, I had an ache around the hip area after my run. I'm not sure if it's directly connected to the shoe or I'm just getting old :D 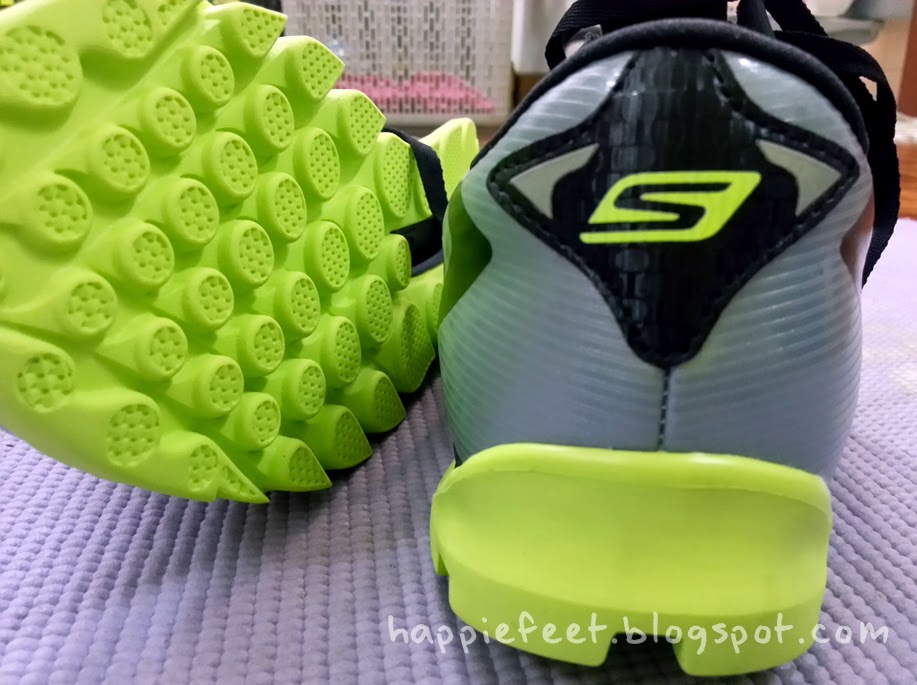 One very good plus point about the KRS is that it's very waterproof. One of my runs in the KRS was done in the rain and my socks were totally dry when I reached home unlike in any other Skechers GOseries. The 3D upper did an excellent job in keeping my feet dry. You don't get that soggy, squishy feel like you normally do when running in rainy weather. 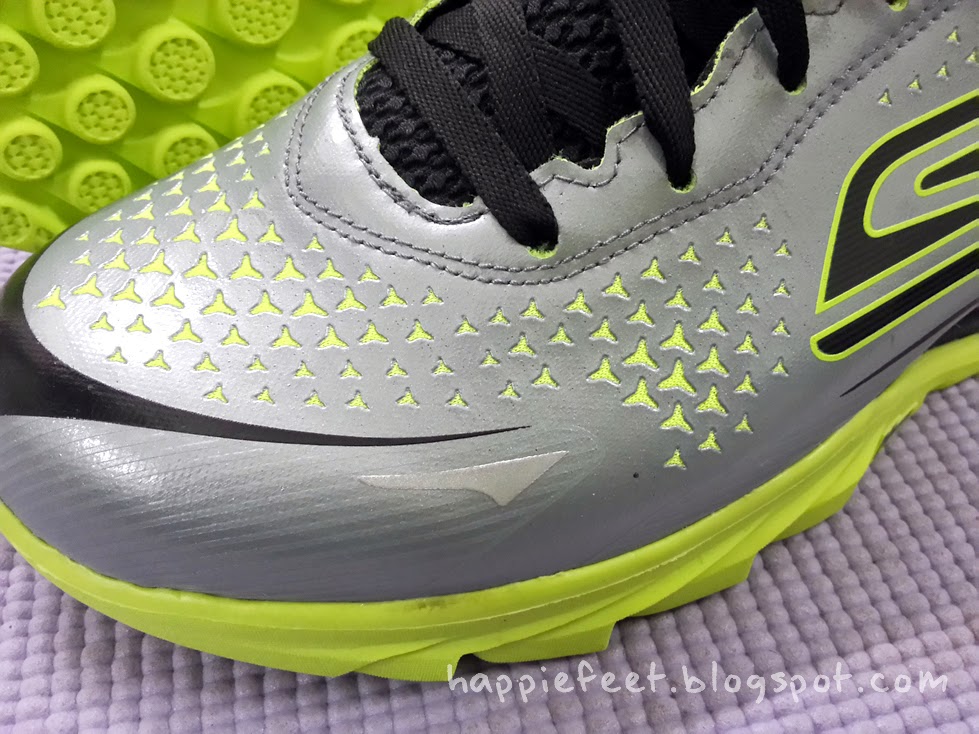 Overall I'd say it's a decent shoe, maybe for an easy recovery run, nothing too strenuous, something to use after a very long and hard LSD or race. The opinions above are just my own personal ones. While the Skechers GOmeb KRS™ didn't exactly work for me, it might work for you. We all have different feet and very different running characteristics. So, don't take my word for it and do give it a try when it's launched sometime this month. 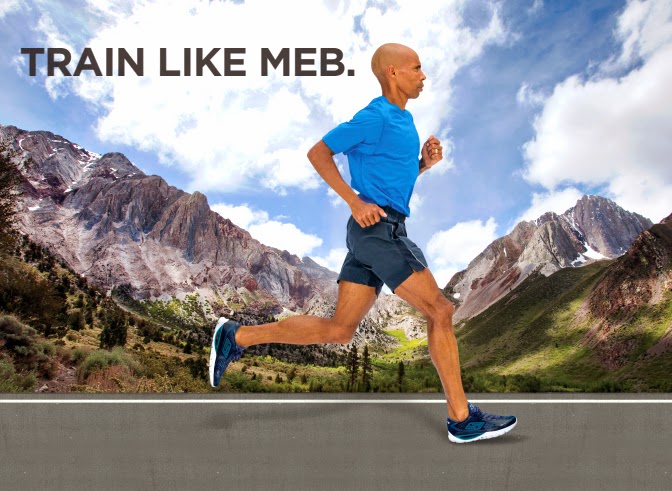