The original Skechers GOrun Ultra was the 'heavyweight' among all the GOrun Series. It was specifically designed to give the maximum cushioning between all the GOrun series. A shoe that works well for those extremely long runs where you need just that much more cushioning or even for your recovery runs. 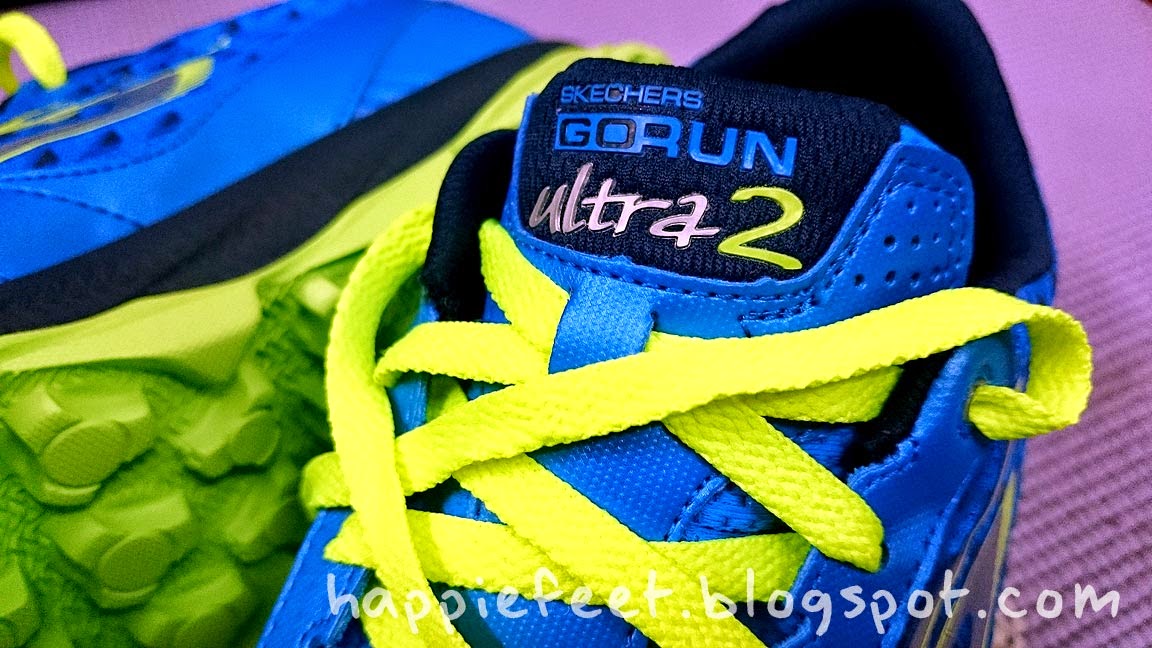 I wasn't really expecting to see the Skechers GOrun Ultra 2 (GRU2) in Malaysia so soon, especially so when I just read about it online just a day or two before getting a pair from Skechers Malaysia to review. Now, don't get me wrong, the Ultra model isn't my most favourite of the series, I love the GR4 best, but I was still excited about the chance to put it to the test. 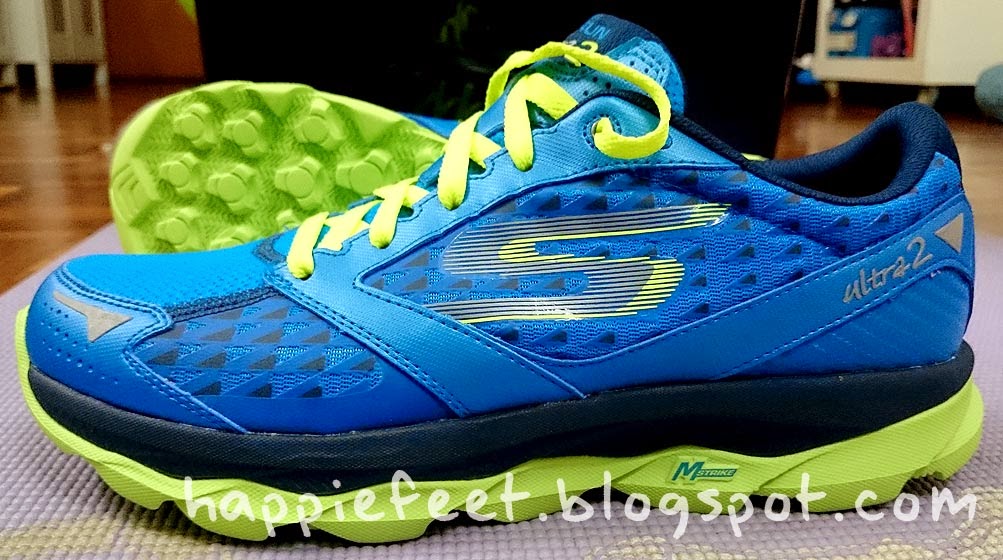 After all, I ran my first 'ultra' so to speak in the original GRU for the TITI 50K way back in February 2014 and it served real well. It was nicely cushioned and spared my feet all that much less agony. So, I was a little excited to see what the new update to the GRU2 would entail.

The new updated GOrun Ultra 2 is as cushy as ever with tons of cushioning. Not much has really changed with the GRU2 save for a new upper that still looks pretty identical to the original GRU with just some slight cosmetic changes. 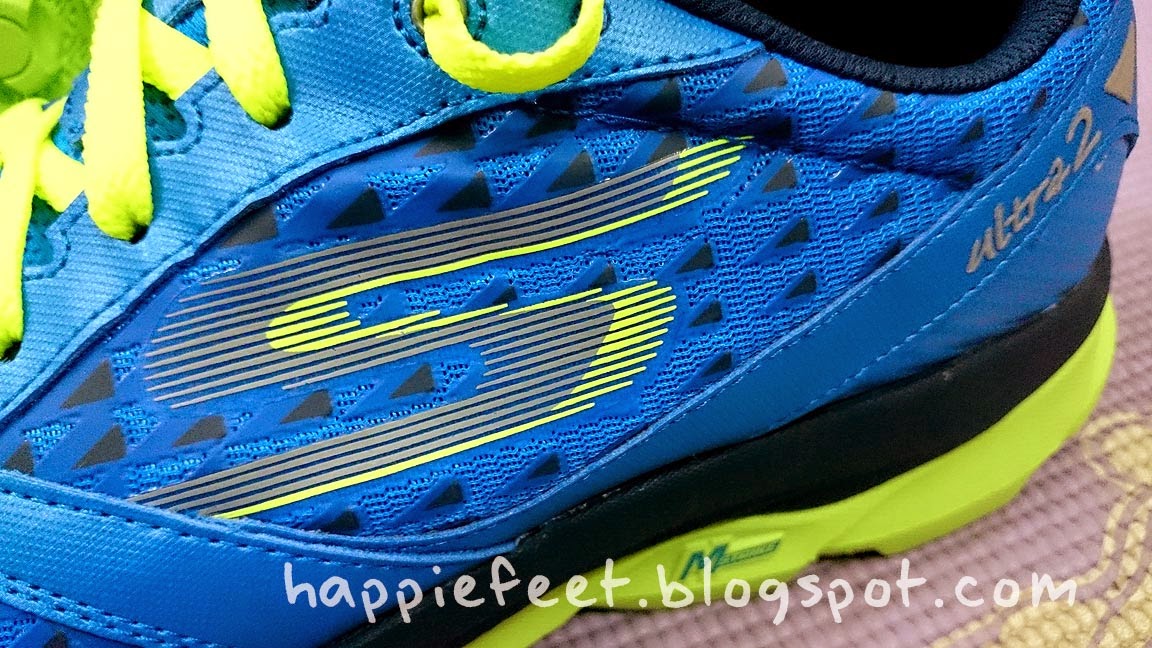 The new look upper has been changed to be a lot more inline with the current GOseries, a huge S-Logo adorns the sides with a similar looking synthetic mesh fabric upper and synthetic overlays that now starts from the midfoot and goes around the back of the heel to the instep for added stability coupled with a 4 way stretch mesh for added comfort. A soft lining along the insides for a supposedly sock free run though I can 't confirm that cos I never run sockless.

The midsole and outsole remains the exact duplicate of the original GRU with no change whatsoever to it. The same enhanced Resalyte™ cushioning with its unique combination of the softer Resalyte™ midsole and the more rigid and tougher Resagrip outsole is still present for support and cushioning. The evenly distributed triangular shaped lugs provide a smooth, cushioned and natural feel while running. They aggressively provide good traction and superior control on most terrains, be it road, gravel or trail. 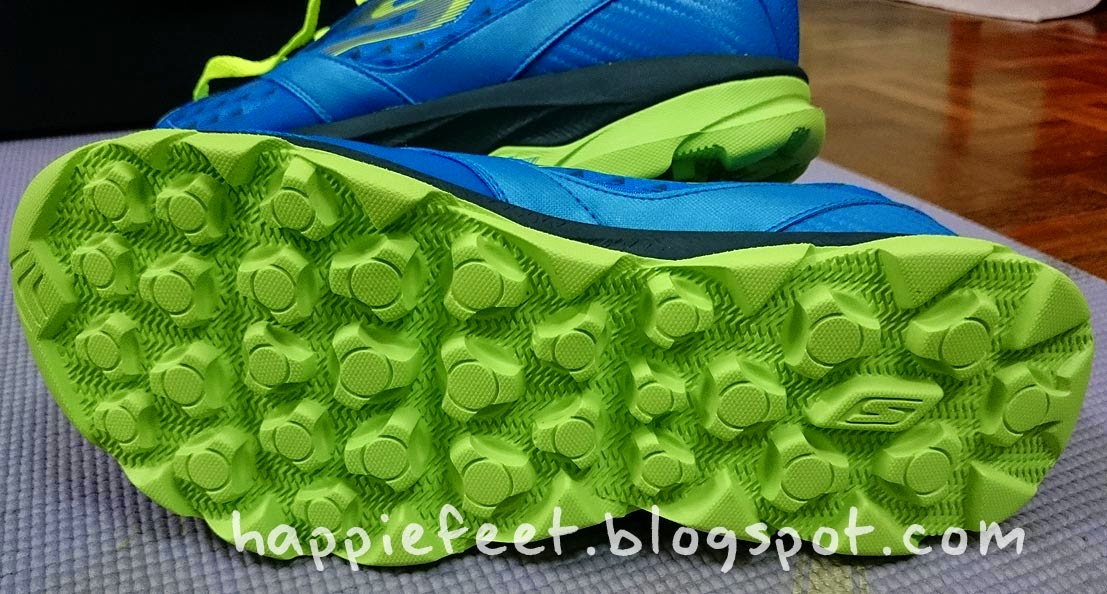 The weight though has gone up slightly making this a slightly heavier version than its predecessor. The original GRU weighed in at 8.7 oz for a men's size 9 while the GRU2 weighs in at 9.3 oz for the same size. I'm guessing the overlays has something to do with the increase in weight though it's still pretty lightweight for a 'bulky' looking shoe.

The GRU2 comes with a removeable insole that you can remove to give it a much lower drop. I normally remove all my insoles for all my Skechers GOseries shoes but I had to keep them on with the GRU2 cos removing them made the shoe really loose and my feet were sliding too much in them. Even thicker socks didn't help. An additional pair of shoelaces were also provided. 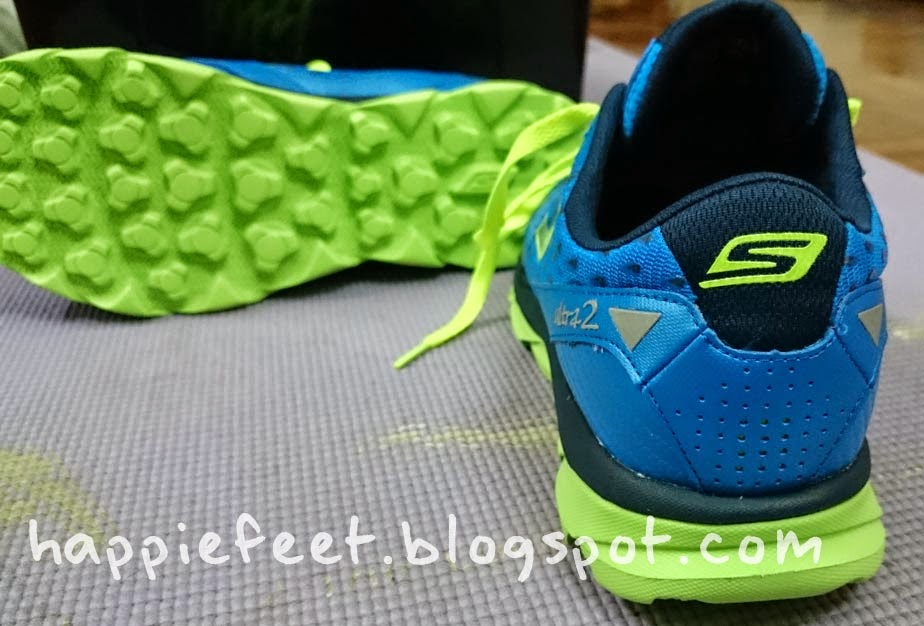 I really wouldn't call the GRU2 an update per se, more of a facelift is what I would categorize it as. Aside from its newer look, it handles exactly the same as its older brother. But it's still no doubt a great choice of shoe for one who needs all that much more cushioning and support under them compared to the usual Skechers fare. A good shoe for those really, really long hours out on the roads. 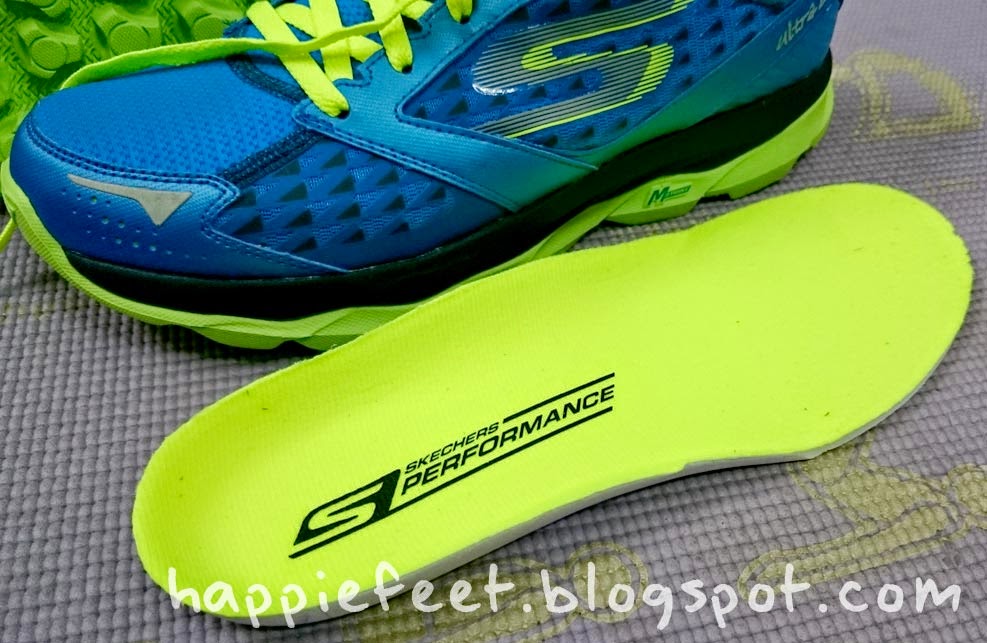 If you liked the original GRU than you'll no doubt like the Skechers GOrun Ultra 2 as well. The GRU2 is also a great alternative, price wise compared to the other brands of the same class out there. While it's not my most favourite of the series, it serves me just nice as a recovery shoe on days after a race or a particularly tough and long training run. 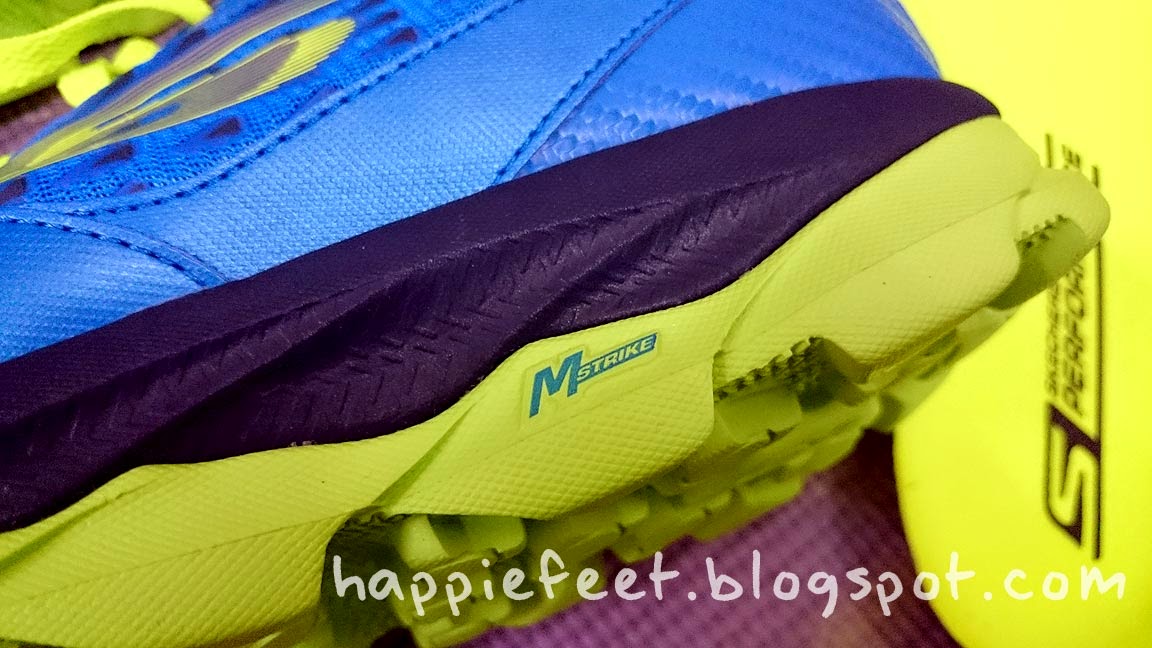 I've already run a couple of times in them so far with each session clocking in at 10km. I really didn't have the time or chance to take them out longer just yet. I've the GOrun 4 for my tempo's, the GOrun Ride for my easy runs, the GOmeb Speed 3 for my interval and speed sessions and the GOrun Ultra 2 fits in nicely as my recovery or really long run shoe. 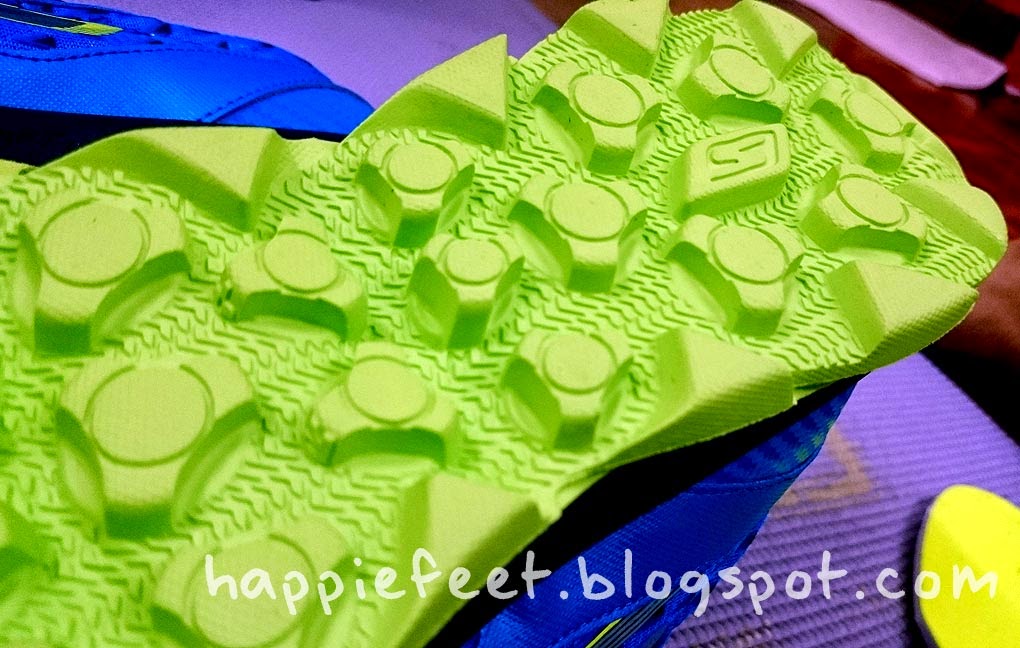