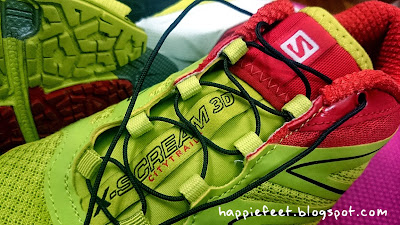 
'Run across a diverse urban landscape with a shoe that delivers 3D Fit, 3D Grip and 3D Ride. Built on a dynamic cushioning platform, the X-SCREAM 3D is our most agile CITYTRAIL™ running shoe.'

That basically sums up the Salomon X-Scream 3D, a shoe that takes you from your home, to the roads, trails and back, all in a single shoe. The Salomon X-Scream 3D is a completely new shoe from their previous X-Scream model, something which I've never tried. The 3D denotes Salomon's philosophy that 2D running represents flat road surfaces which is constant and the 3D denoting a varied and changing terrain, something with more substance, hence the 3D moniker.


A few weeks back, I was fortunate enough to get an invite to the Salomon X-Scream 3D shoe launch that was officially held last Sunday at the Apartment, KLCC. To be extremely honest, while I've run trails and some minuscule number of ultras, a whole 3 to be more specific, I still felt extremely out of place at the launch among the mainly ultra athletes there. 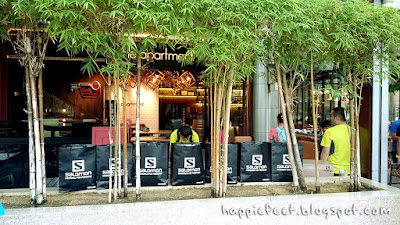 I'm a road running marathon distanced kinda guy and these guys and girls run unfathomable distances that my road running mind simply cannot comprehend so you can imagine how I felt. But being a shoe geek, I also simply couldn't refuse trying out a new shoe. So there I was bright and early along with Jamie at the Salomon X-Scream 3D launch on Sunday. 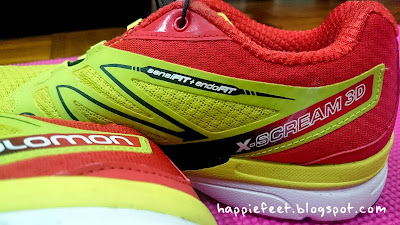 The X-Scream 3D is in essence a running shoe that is designed to take on both the road and trails. A shoe that is supposed take on miles upon miles of the city roads and easily transitioning and adapting to off-road running should your run take you down that path. Does it work? Let's find out.

First off, the X-Scream 3D is not a light weight shoe, mind you and weighs in at 10.7 oz. I run in mostly minimalist, racers and zero drop shoes that vary in the 5-7 oz weight range, so the extra weight is very noticeable to me. The X-Scream 3D is also not a shoe that is made for speed. I did not feel particularly fast in them but then, it wasn't designed with speed in mind but it does provide a smooth and supportive ride which is what it was designed to do. 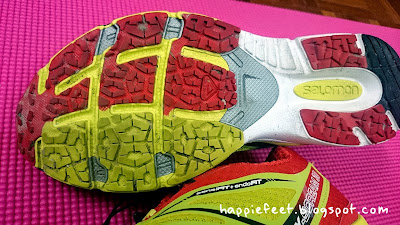 The X-Scream 3D also appears to be a little on the bulky side with the most bulk coming from both the upper and sole sections, particularly in the rear from the thick padding that cradles the upper heel and Achilles. But all the bulk aside, I was pleasantly surprised with the solid construction that offers much in the way of comfort and support.

My shoe came in a size 8 and was basically true to size. For all the initial bulk, it felt incredibly comfortable once I slipped my feet into them. Though looking slightly on the narrow side, the toebox was wide enough that it felt cavernous in there. The foot feels well cradled and is nicely supported and stays decently comfortable over extended periods of running. 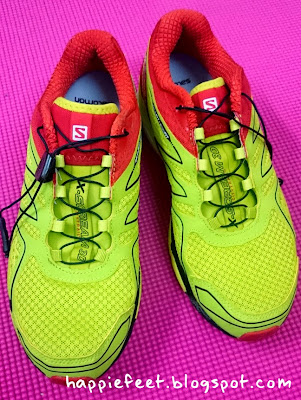 Salomon built the X-Scream 3D riding on its EndoFIT™ platform and combined with the supportive SensiFIT™ technology and Quicklace™ sytem for comfort and stability that takes you through most surfaces and terrain without any drag. The synthetic upper and 3D mesh lining is well padded with the mesh adding to keep the shoe ventilated and wicks away moisture from your feet and keeping them dry as you chew the miles away.

I was actually expecting the well padded mesh to give me a hot ride but was pleasantly surprised that I hardly felt any 'heat' inside the shoe. That bodes well for the shoe, especially if you plan to take it out for longer distances. At present, the longest I've taken them out are up to a distance of 13km so I'll reserve my final judgement on breathability when I take them for a much longer ride.


A little background on the tech and terminology used taken from Salomon themselves:

The Salomon X-Scream 3D rides on a firm 3D Profeel Film chassis, an EVA midsole and the proprietary Contagrip® outsole that uses an ideal combination of specialized rubbers for each specific use delivering optimal traction on a variety of surfaces. 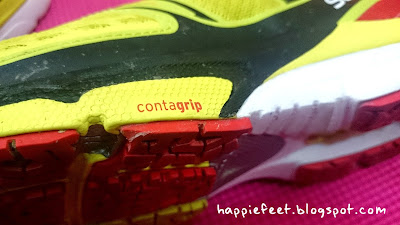 The rubber lugs are cut deep, multi directional and provide an excellent grip on almost all the surfaces I ran on ranging from track, asphalt, concrete, loose gravel, sand, grass to muddy surfaces. I was not once worried about slipping and falling flat on my face. For a shoe that is broadly defined as urban, the grip is exceptionally good. The lugs also look sturdy and durable enough to last for quite a while.


The Profeel Film chassis also gave extra support and 'moved' along with my foot seamlessly and provide good stability on the varied surfaces I came into contact with. A molded EVA sockliner also provided good heel support and extra cushioning. Salomon shoes are generally built with strong support and stability for trail running and the X-Scream 3D brings that same strong supportive stability to the roads.

I did find the outsole to be a little too hard for me that no matter how soft I tried to land, especially on pavements, asphalt and concrete surfaces there was always this 'slapping' sound that irked me. But the firmness of the outsole worked really well when you hit the softer trails. I guess a compromise had to be made to keep the shoe firm enough for the road yet easily adaptable once you hit the trails. Either that or I'm just too heavy ... hahaha!


The Salomon X-Scream 3D is a 10mm drop shoe with a forefoot of 23mm and a heel of 13mm. A little too much drop in a shoe for me but works well for what it was designed to do. I'm a little confused with the drop specs though cos Runners World seems to say the drop is 12.3mm. I got my specs from the Salomon website so I guess that should be the correct drop?

Though the X-Scream 3D has plenty of responsiveness with a decent toe-off and plenty of bounce with every stride, I just couldn't feel the ground, something which I'm very used to in my other road shoes. But that's being an unfair comparison on my part cos the X-Scream 3D is a total different beast of a shoe.


There are two things that I found to be a nice touch on the X-Scream 3D which was the cool lace pocket that provide easy storage to hide away the access quick lacing system. You could also probably tuck a few bucks in there to buy drinks though I'm not sure if they'll actually stay in there by the end of your run :D The other touch that I liked is the reflective Salomon logo on the back of the heel. A lot of shoes tend to lack some form of reflective elements on the back of the shoe.


The colorway of the X-Scream 3D is something I loved. My close personal friends know of my liking for the colors in the yellow/lime-green/green hues and these pair simply made me drool! Salomon shoes are generally quite striking and this one doesn't buck that trend in any way. Simply striking and beautiful, look-wise! The Salomon X-Scream 3D comes in 5 different colorways to suit your personalized needs.

Though I haven't taken them on an actual trail, I've done quite a few training runs already in the shoe on different surfaces such as asphalt, gravel, grass, sand and even on the track and found that they work as advertised, that is a road to light-trail shoe. I was fortunate enough to get a chance to try them out in after rain conditions (of course running in the rain would have been better) and the grip was simply exceptional, no slipping or slides even on the smooth tiled pavement, wet roads or slippery grassy surface. 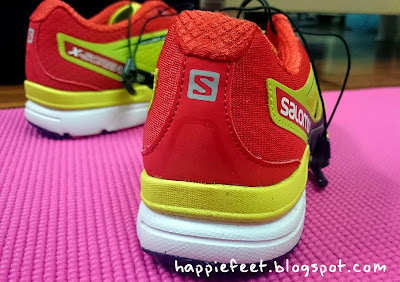 While I did mention earlier that they're not primarily a shoe that was built for speed but it's still capable of hitting some pretty decent splits based on a few tempo and fast paced runs I've done in them though I had to work extra hard to hit my usual tempo/speed splits in them.

They might not be the shoe you'd want to take on a very technical trail but for your everyday running in the urban jungle that we live in that sometimes takes us down a path with a variety of surfaces just to break the same routine of running, then these are the shoes for you. 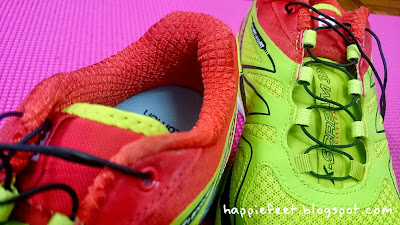 My heart lies with the more minimalist shoes but for days when I run long, seek an adventure and don't need the speed, these would be my go to shoes. It's still 'too much' shoe for me and a little heavy for an outright road shoe but the ruggedness and comfort of the X-Scream 3D will provide miles upon miles of making every run an adventure with the knowledge that trails are not beyond its capabilities. A two in one shoe, so to speak.

The Salomon X-Scream 3D can be found at Salomon Pavillion, World of Sports and World of Outdoors outlets retailing at RM489.00. Check it out, you'd be surprised at what it can do!