I've been keeping an eye out for the Skechers GOrun Strada for quite a while now and I was pretty excited to finally get my hands on them last week. The Strada was designed as a training shoe for both Meb Keflezighi and Kara Goucher and according to what I've read, both of whom prefer some extra structure in a training shoe used for longer distances. 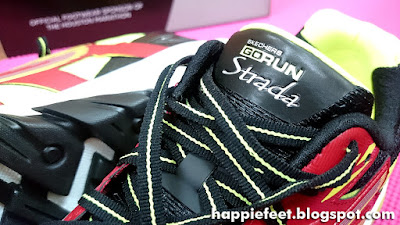 Taking it out of the box, the Strada looks bulky visually and weighs in at 10 oz. for the men's size 9. For a shoe as bulky as it looks, it really doesn't seem all that heavy and falls into the weight range of traditional trainers. I had no issues with the weight of the shoe. The Strada is an 8mm drop shoe with a 25mm heel and 17mm forefoot stack height. 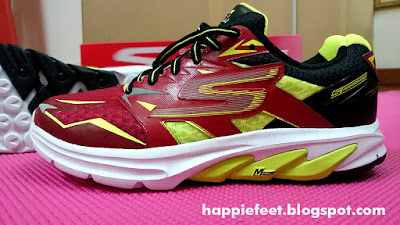 The Skechers GOrun Strada is a lot 'more' shoe than I would have liked. As opposed to the other Skechers Performance series shoes, the Strada has a much more substantial upper. A combination of performance fit mesh and vinyl overlays makes up the upper of the shoe. Structure in the midfoot comprises of stitched overlays that does a good job of locking your feet in place.

The heel consists of a semi firm heel counter that is lined by a rubber like overlay with 'groove' like motifs. The ankle collar is amply padded and adequately keeps your heel from slipping out. A padded tongue finishes up the upper along with ribbon like laces similar to the GR4 and GRR4. 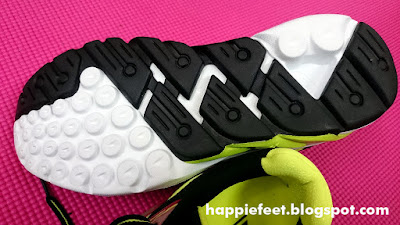 The fit was true to size and even with my thick socks during size fitting, I didn't need to up size. I'm betting it'll be the same with most people. The Strada has a nice and roomy toebox and I could easily wiggle my toes up front. They also felt secure and snug around the midfoot owing to the more structured upper.

The durability of the Skechers Performance outsoles are something I've always had issues with. Most, if not all of my Skechers series shoe seem to wear our pretty fast especially on the lateral side of the heel. This could be due to the way I run but a few friends I know also have the same issue with their Skechers shoes.


Now the outsole of the Skechers GOrun Strada is something that is entirely different as apposed to the rest of the Skechers Performance series. The outsole is made of two pieces of foam that differ in durometer. The white section of the outsole is the proprietary Resalyte® foam while the black section of the outsole that extends from the outer heel, through the midfoot and right up the big toe is the firmer Resagrip® proprietary foam. While it's much firmer than the white outsole, it's still not up to mark. After my first run in them, I still found scuff marks around the lateral heel sections. 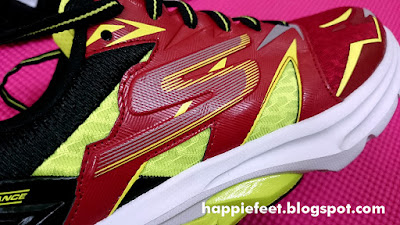 One thing that I was disappointed in was that the insole was glued on and can't be removed. I tend to remove all my Skechers insoles when I run. That's just the way I am. No biggie but it would have been better if it could be removed. Breathability wise, for all the added overlays, I didn't feel any hotspots in them. They were surprisingly quite airy. I've also tested them out in wet and rainy conditions in a recent 10k race I took part in and they did a decent job of keeping my socks dry. The grip on the wet roads were pretty good too.


The Skechers GOrun 4 is my all time favourite shoe but the Strada is fast becoming my go to shoe for training. I'm simply loving the shoe. It's firm but provides just the right amount of cushioning you need for those longer training runs. One thing I missed though is the road feel, something you won't get with the Strada. 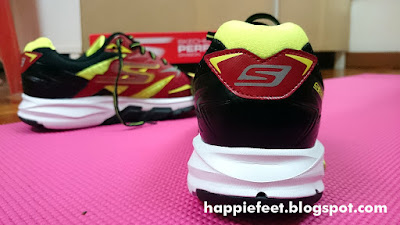 I've taken them out for close to 50k or so and have put them through different run paces; slow, fast and sprints and it's been able to take it all in stride with no issues. I've even taken it out for a race and it came through just fine. I'll still be putting them through the wringer but I'm convinced the Strada works as a traditional trainer and will be following me to the Gold Coast Airport Marathon next month as my shakedown shoe. 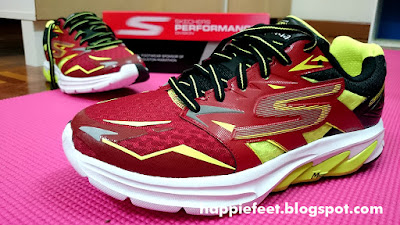 Even the wife who at first thought the shoe was a little clumsy looking has taken a liking to it. She has funny feet and most shoes don't work all that well for her save for the Skechers GOrun 3. She's bought a couple of pairs just to keep stock since they work for her but after putting on my Strada and taking them for a spin, she's simply loving the shoe and speaks volumes about it. According to her, the bunion and blistering issues that she gets with other shoes are not apparent on the Strada. At least now she has another option for a shoe that works for her but for now, we'll both be fighting to see who gets to train with it ... LOL!


If you're looking for a more traditional training shoe with a structured upper and a nice firm ride with a decent amount of cushioning, then give the Strada a look-see. The Skechers GOrun Strada is currently available in all Skechers Performance outlets locally The men's is priced at RM419.00 and the women's at RM399.00.