Come 24th October, 12,000 runners will be seen blazing their way across the streets of Putrajaya for the BSN Putrajaya Night Marathon once again.

The BSN-PNM 2015, the city's largest annual night marathom will see its 5th year being sponsored by Bank Simpanan Nasional with a major rebrand introducing a new, refreshed logo identity and adding the 5km Glow Run as one of its offered categories.

The much awaited BSN-PNM was capped at 12,000 participants and saw all its slots taken up within the first week of registration opening. The reason for the cap, according to Nithi Seelan of Twenty First Century Sports was that BSN being a community bank was not at all interested in the numbers game and preferred to keep things smaller and closer to the community. 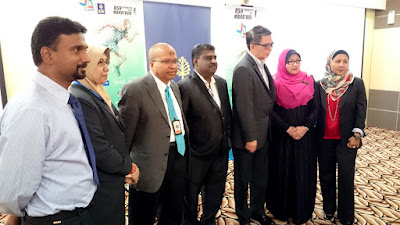 The new logo that was launched during the press conference saw a more cleaner, minimalist, strong and modern look to it with a bolder font symbolizing the maturity of the event. 'The black, bold font coupled with an icon of a human running are in alignment to show unity, progression and balance', said Mr. Siew Kin Meng, Deputy Chief Executive of BSN.

The 5km fun run category has also been revamped and is now called the 5km Glow Run where each of its 2,500 participants will receive a glow stick, glow glasses and a pair of glow laces for their shoes to add more color and light into the night. 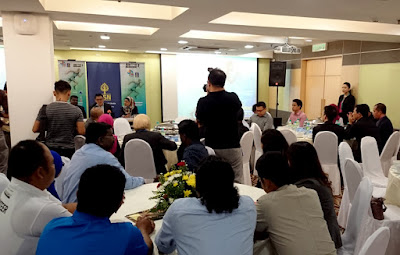 To make it more exciting for the runners, the entire route of the 5km Glow run will be decorated with glowing lights in the form of LED lighted cones placed along the way. The signature BSN cheerleaders will also be placed along the Jambatan Sri Gemilang urging the runners on to the finish. Don't forget to whip out your cameras for some fun selfies with them.

For the more competitive among you, the 10km, 21km and highlight of the event, the 42km categories are also lined up to put all your training to the test. The routes remain the same with some minor changes and those of you who are familiar with the previous editions of the BSN-PNM, you can be sure of a tough challenge ahead of you. 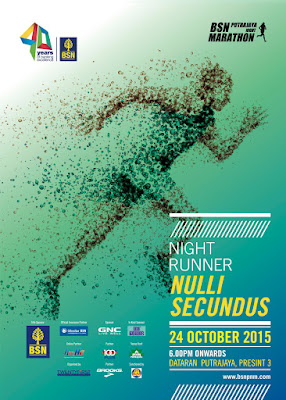 The four beneficiaries for this year's fundraising through the 10km Corporate CSR Run will receive donations from the collection of entry fees in the corporate bodies category. Last year a total of RM100,000 was collected through participation and donated to the Persatuan Dyslexia Malaysia.