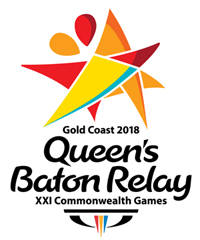 Malaysia will welcome the 2018 Commonwealth Games Queen’s Baton Relay this October as part of the longest and most accessible relay in Commonwealth history on the way to the host city, Australia’s Gold Coast. The XXI Commonwealth Games, to be held in Australia’s premier beachside city of the Gold Coast from 4-15 April 2018, are set to be one of the most memorable and picturesque Games ever staged.

The Games will involve more than 6600 athletes and officials with thousands of international visitors expected to flock to the popular holiday city known for its golden beaches, world-class attractions and easy-going lifestyle. The Queen’s Baton Relay (QBR) began at Buckingham Palace on Commonwealth Day, Monday, March 13, 2017, when Her Majesty Queen Elizabeth II will place her message to the Commonwealth inside the GC2018 Baton.

The Baton will travel 230,000km over 388 days through 70 Commonwealth nations on its journey to, and across, Australia and eventually to the Gold Coast for the Games’ Opening Ceremony where the Queen’s message will be read. The Baton will arrive in Kuala Lumpur on Monday, October 16, 2017 before departing on Saturday, October 21 for Brunei. The Malaysian stop will see Borobi, the blue surfing koala and official mascot for the 2018 Games, flying in specially from the Gold Coast to join the Queen’s Baton Relay in Malaysia.

The distinctive loop design of the Baton was unveiled at a ceremony on the Gold Coast on Sunday, 20 November 2016 in conjunction with celebrations of the 500 Days to Go milestone until the Games.

Made of macadamia wood and reclaimed plastic collected from Gold Coast waterways and beaches, the Baton’s design was inspired by the region’s vibrant spirit, indigenous heritage and with sustainability in mind.

The Baton, similar to an enlarged eye of a needle, has constantly changing neon lighting pulsing around the inside of the loop design and a see-through compartment on the side which will contain the Queen’s message, written on paper made from the Australian desert plant, spinifex grass.

The names of all 70 Commonwealth countries are engraved, in the order of hosting the QBR, on a metal spine through the middle of the Baton. It also contains a GPS device which will allow 24/7 internet tracking of the Baton on its worldwide journey.

“Our immersion into the Gold Coast revealed a city rich in contrasts and full of optimism – if you can do it anywhere, you can do it here,” said Designworks principal Alexander Wall.

Malaysian athletes will again be highly competitive at the Gold Coast 2018 Commonwealth Games and are expected to feature prominently in sports including Badminton, Track Cycling, Weightlifting, Gymnastics, Diving, Shooting and Lawn Bowls.

When visiting the Gold Coast to support Team Malaysia at the Games next April, Malaysians are encouraged to take some time to meet the friendly locals and discover everything the Gold Coast has to offer, including:

Commonwealth Games Federation President, Louise Martin CBE, said a message from the Monarch had been read at every Games since 1930.

“The Queen’s Baton Relay extends an invitation to the athletes and communities of the Commonwealth to celebrate together,” she said.

“It reinforces our shared love of sport and recognises the power of sport to transcend barriers and bring us together.

“Above all, however, it is a message from Her Majesty of hope, ambition and peace for the citizens and athletes of the Commonwealth.”

“It is a truly exciting moment to share the international route of the 2018 Queen’s Baton Relay, so that communities and citizens across the Commonwealth can join the build up to the XXI Commonwealth Games.”

Peter Beattie AC, the Chairman of the Gold Coast 2018 Commonwealth Games Corporation (GOLDOC), said “The Baton will return to the Gold Coast in April 2018, having been touched, admired, photographed, filmed and loved by so many people from all over the Commonwealth,” he said.