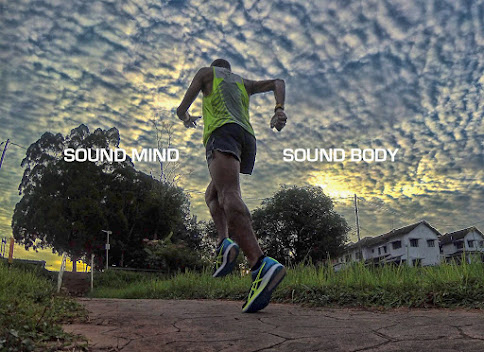 There are some shoes that you just have to look at and you know for sure it's going to work for you. Call it shoe intuition like the "Spidey sense", for want of a better word and the Asics Hyper Speed was exactly that kind of shoe for me. Those of you who know me would probably know that I've not been a fan of Asics, well at least until the Asics Novablast came about. Since then I've been having an eye or two out on all Asics shoe releases and the Asics Hyper Speed caught my attention.

Now, the moment I saw the Asics Hyper Speed, my Spidey sense was tingling and I knew for sure the shoe would work for me. After some inquiries and making sure I secured the shoe, the moment it hit our shores, all that was left to do was wait for it to make an appearance.

And finally about 12 days ago, the Asics Hyper Speed was finally on my feet! And let me tell you, it was absolutely worth the wait. It turned out to be everything I envisioned it to be. The Asics Hyper Speed series is not a new shoe, it has been around for a long while. Categorized as a racing flat and once a favourite of Ryan Hall, it's been touted to be able to race anywhere from 5km to the marathon. I've never paid any attention to the previous models which if I'm not wrong went all the way up to number 7 in the series before being discontinued. That is until now. 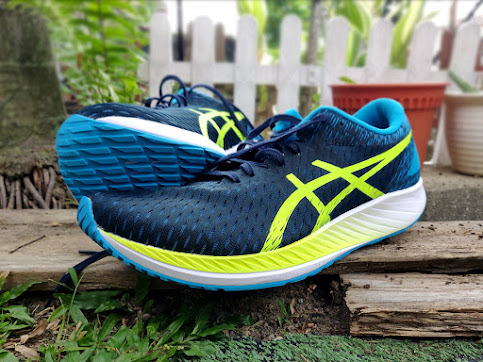 Asics has finally brought the Hyper Speed back (without a numeral designation) after a long break with a more modern take on the shoe. I've not used the previous versions so I'm just basing my comparison on what I found online of the previous versions. This modern day upgrade to the Hyper Speed sees an increased stack height and comes with a rockered sole (the Guidesole technology) very much like the Asics Metaracer, another Asics shoe that I'd love to try but unfortunately my wallet says otherwise.

The upper consists of a thin but very snug, secure and breathable mesh that provides a normal traditional racing flats fit. I'm a US9 and while the shoe tends to run a tad, okay maybe a little too narrow, the mesh does tend to stretch after a few runs so sticking to a true to size fit works for me, unless you like a little more breathing space in your shoes, then maybe a half size up would do. But I like my racing flats snug, as a racing flat should be. The midfoot and heel do have a little more breathing space than the forefoot and the tongue is fairly thin, not gusseted and secured by the laces which keep them nicely in place throughout your run, something I like a lot. 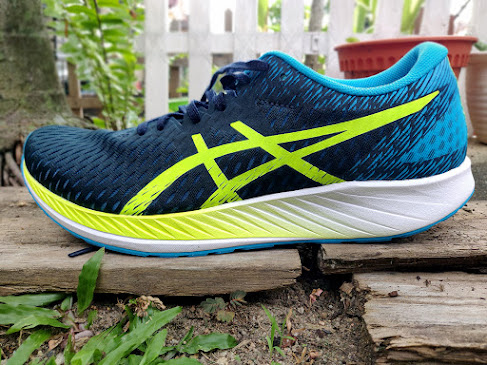 The Asics Hyper Speed is supposedly designed to be able to run sockless but unless you have feet that's highly conditioned to sockless running I would advise against it. While the bare skin feels comfortable against the heel and midfoot sections, the forefoot mesh is pretty rough and scratchy against the exposed skin. The moment I slipped my feet in I knew it would be suicidal running sockless in them. But I've never been a sockless running type of guy so it was not a big issue for me.

The Asics Hyper Speed is not a shoe that comes with any form of carbon plating but has the same SpEVA midsoles found in Asics Japanese racing flats and has a slightly stiff forefoot. Some reviews online mentioned that the midsole felt stiff overall and takes time to break in but I experienced none of that and the shoe worked right out of the box for me. For a racing flat there is a lot more midsole underfoot which gives it that slight soft and bouncy feel so uncharacteristic of a racing flat, making the Asics Hyper Speed a little more versatile and capable for those longer efforts. The Guidesole technology on the outsole provides a smoother roll during landing and also propels the foot forward reducing overall load on the foot. 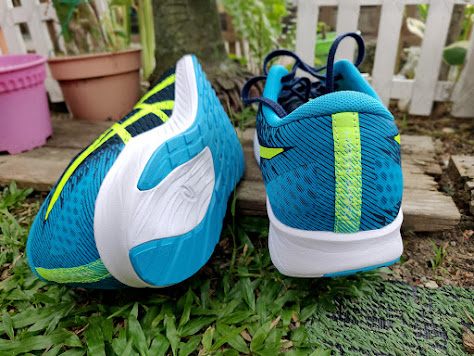 I also read that there were some concerns regarding the forefoot toe spring having a little too much spring in them and being too aggressive that the toes are held in extension for too long but again, I found no issues at all. In fact, I've found that since I've been on the Asics Hyper Speed, I've hardly had any leg fatigue at all. Even my other favourite shoe the Skechers GOrun Razor 3 has always had some form of leg fatigue if I take them out too long but not the Hyper Speed. Maybe I'm just used to the more minimalist aspect of running.

The outsole looks durable though I haven't put enough miles in them just yet to see how durable they are and is grippy but not as grippy as I would like it to be. The first run in them were on rain soaked roads running at tempo pace and I had to be consciously careful during the turns cos I did feel some sliding. But granted, the roads were thoroughly soaked from the heavy rains the night before. 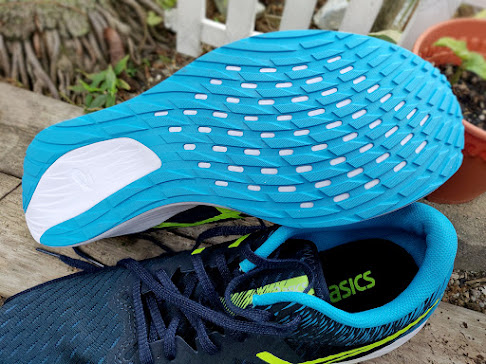 Like I mentioned above at the start, I've had the Asics Hyper Speed for close to 12 days and have put in around 50km and while I could wait longer to write this review, I believe that it wouldn't make much of a difference. The Hyper Speed is all that it's cut out to be. I would describe it as a nimble and smooth racer but with enough cushioning that you could take it from a simple warm up to race pace with the blink of an eye. My first run in them was a slow 7 min pace warm up followed by what was supposed to be a 5km tempo paced run (my tempo pace is around 5:30, when I was fit, that is) but turned out even faster averaging 4:42 without me even realizing and the only indication was my gasping for air. That's how fun the shoe was.

At 7.4oz for a men's size 9 and with a 5mm drop (30mm/25mm) coupled with an incredibly budget friendly price, the Asics Hyper Speed is easy to be overlooked , especially in these times of the more fancy carbon-plated shoes out there, it brings you all the essentials you would expect from a race-day shoe that's just as good as a daily trainer. 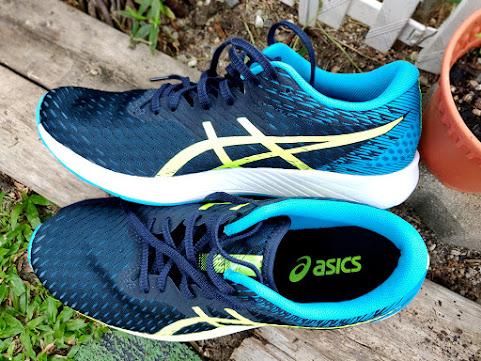 The Asics Hyper Speed is now available at Asics Malaysia and is retailing at an amazing price of RM349.00, a steal for a shoe of this quality in my opinion.