I wasn't really intending to sign up for any more virtual races for the year but with the Gold Coast Marathon being kept to the locals, my one and only favourite race of the year was a no go, for the second year running.

After signing up for all four virtual categories last year, I was really itching to race the streets of the Gold Coast again, but as fate would have it, the pandemic put paid to those plans. Not to miss out on the action this time around, I decided to sign up for the virtual edition again. It was a toss up between the marathon or the half marathon and based on my current fitness level and also on the fact that I really wasn't up to racing (and training) for a marathon here, the half marathon won.

With a few from the GCM Team Malaysia also signing up for the marathon, I knew I'd have some company along the route on "race day". Then there was the decision of simply to just keep on my maintenance and just wing the race or actually go with a training plan. After some contemplation, I thought having a plan to keep things in perspective would be the better option. I haven't really followed or went with a plan in nearly 2 years so this was going to be something "new".

I got my Luke Humphrey Running half marathon plan activated and got down to training. This is the first time I'm using Luke's plan for a half marathon as I've only ever used his plans for all my marathons previously. It wasn't really a difficult plan (or so I thought), a 12 week plan that bottoms out at 55 to 60km tops a week, coupled with 2 days of workout that involved non-impact (read no running) activities which gave me a lot of recovery days. But upon delving deeper into the plan, I noticed that things got down to bat right from day 2 that involved a fartlek session. I've never had to do anything so, errrmmm intense on day 2 before but I took it all in stride and trusted the plan.

Well, the first week was really pretty easy, even with the fartlek, and I hardly felt it. I stuck to the plan like glue, keeping the easy days really easy and the speed sessions to the pace goals I set for myself, which is a very modest goal really. The long runs are in the 14km range and maxes out at 16k, even then only 3 sessions of them. I've so far had a great (and easy) first 4 weeks and this is where the easy part ends.

The next 8 weeks will see the end of my Thursday rest days and the intensity of the SOS sessions are heating up with a couple of double SOS session in a week (gulp!). But I've always trusted Luke's plans and I'm not about to second guess him now. Personally speaking, I think it's a good plan for someone of my fitness level and I'm sure I'll be able to see this through to the end.

I'm really not stressing myself out this time round and don't have any lofty goals, something I'll keep for when I actually get to race in the Gold Coast again. I'm just running the Village Roadshow Theme Parks Gold Coast Marathon cos its always had a place close to my heart. If I was not going to be able to run it physically down under, then I'll sure as hell join in the fun by bringing it over here, at least until 2022's edition. I do have some ghosts to bury over there in the marathon once and for all and I intend to get it done next year! So here's hoping the world will get a grip on the pandemic and we can all lead our normal lives again.

And to my long suffering wife, thank you for putting up with another round of my training and racing nonsense and the support you've always given me is why I can still find the strength to do this :D. I'll make it worth your while! 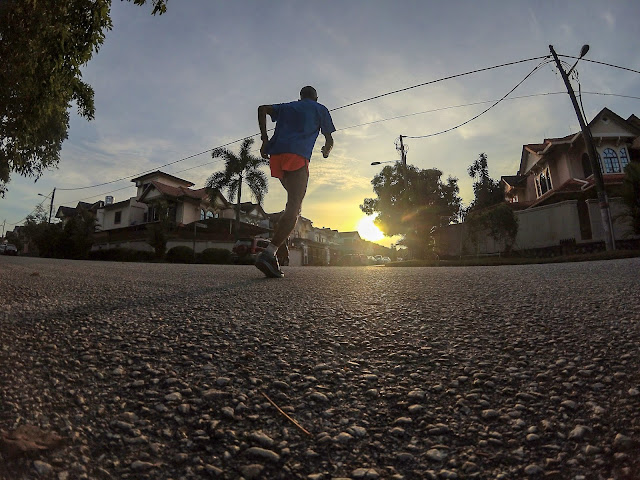