My bad running start to the year seems to be on a continuous motion for me. It looks like I sustained more damage to my leg during the MPIB run than I initially thought and it's going to see me sitting on the sidelines and forbidden to lace up for at least 3-4 weeks!

The recently concluded MPIB run wasn't a race I was happy with, performance wise, what with suffering cramps and not getting up to speed at all during the entire race. But little did I know that would be the least of my worries.

The entire Sunday after the race saw me hobbling around the house in pain, especially at the back of my right knee. I put it down to the usual post race pains and aches but when I was in a lot more pain throughout the entire night especially when trying to straighten my leg, I knew it wasn't your usual run of the mill post race pains. 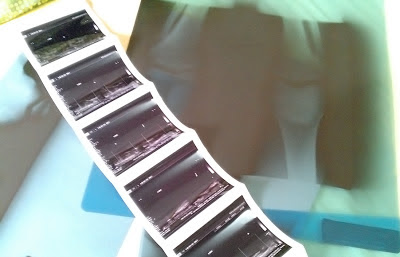 I could walk normally albeit a slight limp but whenever I tried to stretch or straighten my right leg, I got this sharp jolt of pain along the inside back of the right knee. Popped a couple of ibuprofen's and dabbed on some Voltaren gel and hoped that would cure the darn thing but no luck. It was even more painful the next day.

The wife forced me to make an appointment with a sports specialist and after some digging, I located one right in Subang itself from the Runners Malaysia website called Sports Backcare Specialist run by Dr. William Chan. I made an appointment and got myself diagnosed this morning.

After a lengthy tests of prodding, poking, pressing, squatting, bending and whatnots, along with X-rays and an ultrasound scan, it was discovered (up to 95% certainty) that I have a patella meniscus tear and tendon sprain of my right knee and will have to be completely off from running for 3-4 weeks!

You should have seen the look on my face when he said that. It was like I had no life left, what would I do, where would I go? I think Dr. Chan was pretty used to the look of despair I gave him cos he said that's the look most runners give him when he tells them they have to take time off from running. From that point on I seriously don't remember half the things he was telling me about my injury. I was totally zoned out, all I could think of was, no running for 4 whole weeks?!!

Let's just say that I'm not at all happy by this development but at the same time I'm glad that I listened to the wife and got it checked out. I probably would have aggravated it and made it even worse if I persisted in running through the pain. Besides, I don't really have any races at least until the 3rd of March and this will give me time to recover and rest the entire body.

This puts a huge damper on my training plans and my fitness level is definitely going to take a big dip. I'll have my work cutout for me once I start training again. With the right and 'smart' training plan, I should be back to some semblance of form just in time for the Brooks Half marathon.

This forced sabbatical will also give me a chance to take a step back and analyse my training plans for the future. I believe I've been pushing myself too hard (and the wife agrees wholeheartedly) with trying to achieve too much that I don't realize I'm not a young wee lad anymore. This old body cannot take the abuse that it could a couple of years ago.

Running is supposed to be fun and sometimes being too competitive and hard on myself tends to take the fun out it though I won't admit it. The wife tends to remind me of that sometimes but I only hear what I want to hear. I guess that's what you call being in a state of denial. It's time to put the 'fun' back into running once I recover and get my priorities right.

Let's face it, I'm not going to get on the podium ever, unless all the other runners take a totally wrong turn somewhere during the race and get lost, so why am I constantly putting pressure on myself and in the process ending up with more and more injuries? I want to be running way into my old age and the way I'm going, it's going to be very unlikely that will happen.

This injury is really a blessing in disguise and hopefully I'll learn from it and come out of it a better and 'smarter' runner. At least the doc said that the injury didn't come to a point where I would have required surgery. That would have been really horrible news. This is like a wake up call for me. Till then though, the next 4 weeks of the rehabilitation regime I've been given by Doc Chan takes centre stage.