With the SCKLM over and done with, it's time to focus on something else. The past week has seen me having an absolutely lazy week, running wise. It's almost the end of the weekend and so far I've done a paltry 14km to date, a far cry from the days prior to the SCKLM.

My reason or rather excuse for this measly week's mileage has been to give myself a well earned rest. After all I've been slogging it for the past 6 months with an almost daily run. The truth is I've just been plain lazy and lack motivation.

The wife says I need to aim for something again and I think she's right. With a target to achieve,the  motivation to run comes easy. If the SCKLM didn't get postponed, I would have been targeting the PNM as my next challenge. But unfortunately, with two weeks to the PNM, it doesn't leave me much time to restart a new training programme for it. I'll just have to carry on with whatever I have left in me for now.

Aside from that, next week will see me doing the 12 hour Back 2 Endurance Ultra which in all honestly aside from being insane for signing up, is something I'm totally ill prepared for. I've hardly looked into my fueling and hydration needs, race day essentials, etc. I've been relying on the kind tips and advice from Jamie, which I hope to tweak to cater towards my needs. Hopefully it'll suffice. 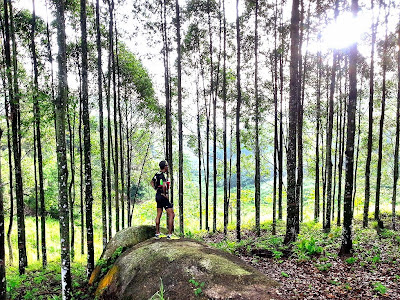 I signed up for the B2E Ultra cos of my interest in tackling ultras next year. The event will be held at the Lake Gardens and seeing as how it's more of a 'controlled' ultra event, mindlessly looping the Lake Gardens like a hamster, it'll give me a glimpse of what it would take to train and prepare for an actual ultra event. I have to start somewhere and this event gives me just the right push towards an all new adventure in running.

I'm not putting much hopes for the Putrajaya Night Marathon which falls a week after this event. On top of having to run the event, the week leading up to it will see me involved with a lot of late night work for it. It's going to be a no goals, run with an open mind kinda race for me. Just go out and soak in the beautiful humid and stuffy Putrajaya night air :D

"Perhaps the genius of ultra-running is its supreme lack of utility. It makes no sense in a world of spaceships and supercomputers to run vast distances on foot. There is no money in it and no fame, frequently not even the approval of peers. But as poets, apostles and philosophers have insisted from the dawn of time, there is more to life than logic and common sense. The ultra runners know this instinctively. And they know something else that is lost on the sedentary. They understand, perhaps better than anyone, that the doors to the spirit will swing open with physical effort. In running such long and taxing distances they answer a call from the deepest realms of their being -- a call that asks who they are ..."