The running gods must have been in a good mood cos the weather for the 2013 Putrajaya Night Marathon was simply perfect for running a race in the humid night air of Putrajaya. Sorry for wishing for the rain, Nithi (Race director for PNM), I know you were  praying otherwise but heck, the race is for runners anyway ... LOL!

Unfortunately though, while the weather was just perfect for a marathon PB, it just wasn't ideal enough for me cos while I came in with a time of 4:48, shaving 24 minutes off last year's edition, it simply was nowhere close to my personal best. I have no excuses and simply blame myself for the wrong choice of race gear. 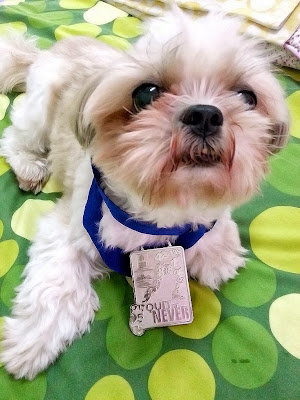 The morning of the race started off with me doing a 12km run with the GC gang and the MPIB run clinic. Then it was back home, some quick grocery shopping with the wife and a short nap before getting ready for the drive to Putrajaya.

The afternoon rain brought hope that it would be a cool night out in Putrajaya. A quick call to one of the organizing staff to check on the weather in Putrajaya just before heading out brought an even bigger smile to my face with the forecast on site being gloomy.

Arrived at the race location and took the long, dreary walk from the parking to the start line to look for the rest of the gang at the pre-planned meet point. The skies started opening up again just before the race start. Strangely enough, the number of full marathoners in the start pen didn't justify the total number of runners who supposedly signed up. It didn't look anywhere close to 800 plus runners as stated. I'm guessing the race being held at Sunway the next day was the cause of the reduced number of participants.

The race flagged off on time, and it took less than 20 seconds to cross the timing mat, confirming my theory above. Started off at an easy trot with Jamie. We were both on an earlier pre-agreed plan to complete in 4 hours and 30 minutes and the pace was spot on at the 10k and 21k marks. Everything was going pretty well up to that point.

Then the wrong choice of shoe took its toll on my feet and I had to drop off the pace a lot. I had picked the Skechers Nite Owl as my race shoe and while it is a good and decent running shoe, I shouldn't have experimented with a new shoe for a marathon distanced race and should have just gone with my trusted Skechers GObionic as my race shoe.

I'm just so used to running with the Skechers GObionic/GObionic Ride as my race shoes. The swelling of my feet caused my toes to press painfully against the front of the shoe and trying to keep running the pace Jamie was on was causing me to wince in pain. Slowing down the pace made the pain much more bearable but was simply not doing my quest for a 4:30 finish any good.

I may need to go a size up for future GOrun Ride's from now if I plan to use them for distances longer than 21km. But for the first half of the race, the Skechers Nite Owl GOrun Ride 2 was simply bliss to run in and performed to expectations. It was soft, cushy and comfy and no leg fatigue was evident up to that point. A good shoe for distances below 21km. Maybe with a size up, I would have been able to run the entire 42km without issues.

Anyways, my lousy performance was no fault of the shoe, just a bad decision in 'tyre' choice. The second half of my race was basically spent just going one kilometer at a time and trying to forget the pain I was feeling in my swollen toes. I ran as much as I could and walked to ease the pain.

It was also a mental challenges on certain stretches, especially after the 30th kilometer when the distance between the runner in front and back of you was huge and you were mostly all on your own trying to urge the legs to keep moving.

The final 8km stretch saw more walking and by the time I was at the back of the Palace of Justice, with close to 2 plus kilometers to go, the Garmin was showing 4:29 and I knew it was a lost cause. So, I decided to just take it easy for that final 2 plus kilometers and cruised to the finish, bettering my PNM record.

Considering the situation, I gladly accepted the results, though on a personal level I'm still berating myself over my performance. This would mark my final time running the PNM full marathon cos I don't intend to torture myself again here next year and am instead trying to convince the wife to give me back my pacing job and let me pace her for the 21km next year ... LOL!

What I'm happy about most is the fact that I suffered absolutely no cramps this time round. Not an inch of a twitch all through the 42km and I am very thankful for that. I guess the fueling I had worked pretty well. I packed up enough Anti-Fatigue Caps, Endurance Aminos and Perpetuem Solids to last me the distance and taking them as planned must have helped with keeping the dreaded cramps at bay. I only miscalculated once when I hallucinated seeing a water station and popped them into my mouth only to have to swallow them down without water! Not a very nice thing to do.

Race organization wise, it was a pretty well organized race. A huge thank you goes out to the volunteers who braved the rains and stood for hours at lonely stretches of the road to cater to the needs of all the runners. You guys did an awesome job! A thank you also goes out to Jamie, Zane and the wife (who had no choice since I was driving her home ... hahaha!) for waiting for us slow people to come in. It was nice to see friendly faces at the finish cheering you on.

I did manage to get called on stage after the run and win myself a free Nathan Quick Shot Plus drink bottle though :D Thank you Orange man for picking me, limping and hobbling, out of the crowd!

Now to plan for my next marathon which I have no idea where or when just yet. 'What? planning for a next marathon when you swore before crossing the finish this would be your last, Nick?' ... well, to quote a phrase from Jamie - Don't believe it when any of these folks - liar, thief, politician, marathoner - tells you "Never again!"