The postponement of the Starlight Ultra was a blessing for me. At least one problem about how to adjust my training plan between GCAM and Starlight was taken out of the equation. But that left me wondering about the flight tickets and accommodations that were already booked and non-refundable. I certainly didn't want to waste precious money. 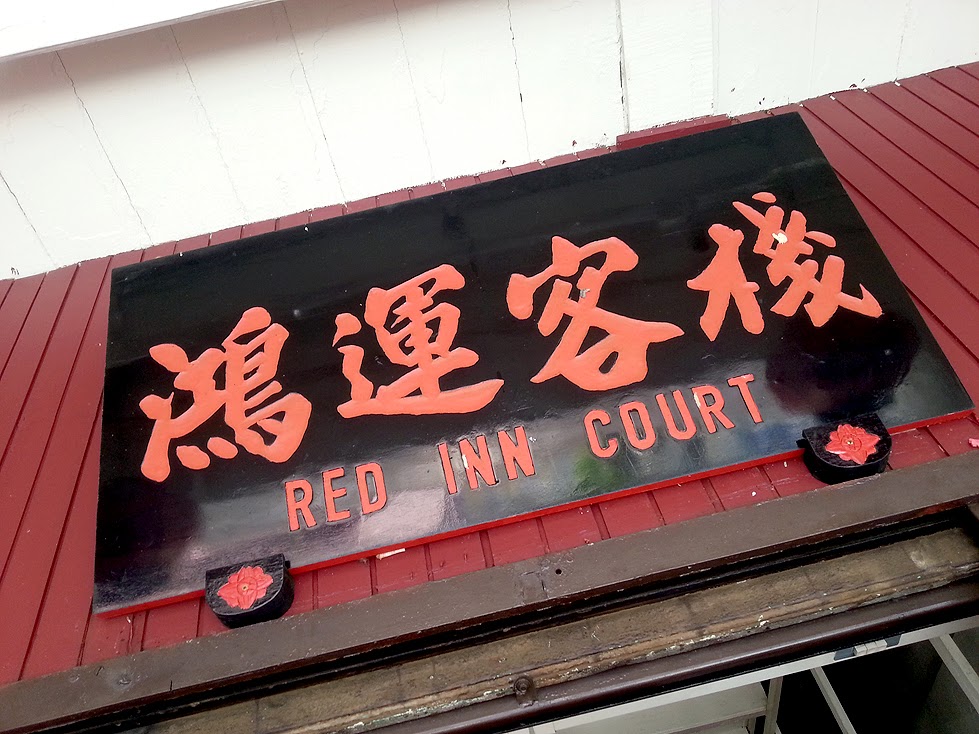 The wife told me that I should just go ahead and make the trip anyway. So when Jamie suggested we go ahead with the trip and use it as a chance for an LSD as well as a sight seeing and food binge fest, I was all up for it. Running and eating, what better combination is there? So there I was over the weekend with three other fellow runners, Jamie, Choon Yuen and Foo to own the streets of Penang, well kinda anyway. 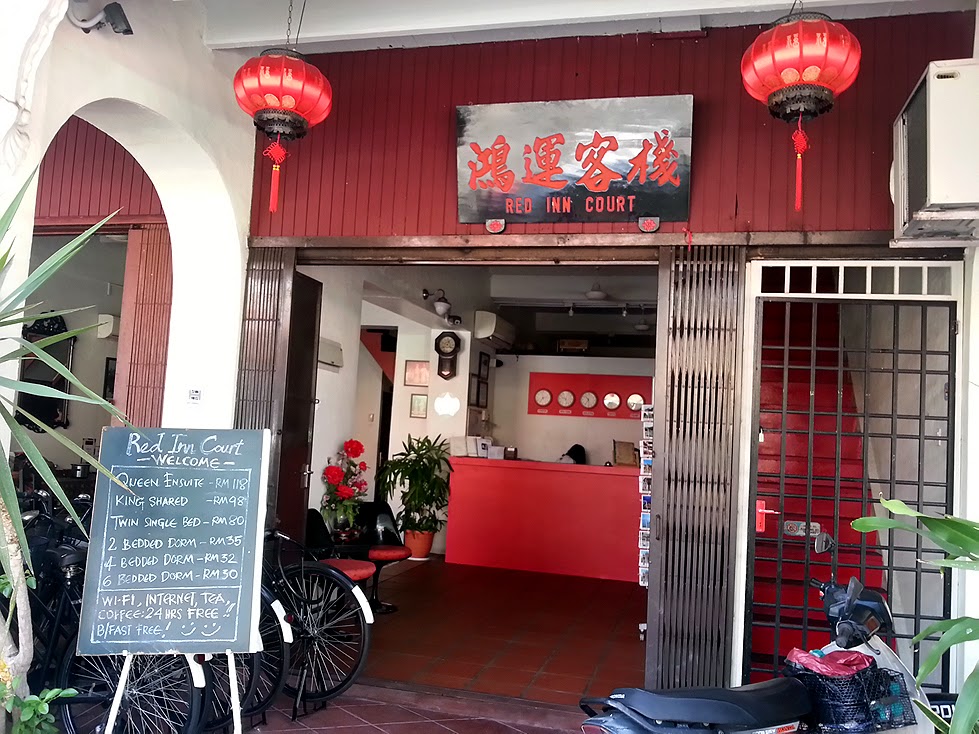 The weekend started real early for me with a 5am run along with CY and Kew before heading home to catch an hour's nap and assembling at CY's house. His dad so kindly offered to drive us all to the airport and after a rather queasy flight (for me anyway), we were in Penang just around lunch time. Flying on an empty stomach just didn't cut it for me.

The drive to the Red Inn Court, our choice of accommodations for the weekend in a 'teksi sapu' hell bent of breaking the land speed record didn't help my stomach one bit, what with sitting at the back and being bounced up and down for close to half an hour.

Once we checked in, Foo and me to a room, Jamie and CY to the other, we headed out to start our 'ultra' makan fest. With my feet finally on firm ground, the stomach eased up on its queasiness. Penang was exceptionally hot, weather wise and that brought up concerns for the later stage of the Starlight Ultra in August. Pushing those thoughts aside, we headed to our first 'check point', the famous Mee goreng/rebus sotong, at the Esplanade.

True to form, it was simply delicious, especially for one who was famished. Wolfed it down in record time and our next stop would be to pick up Jamie's race kit. After a couple of minutes in deep discussion about how to get there, we opted to walk instead of taking a bus or cab. It was hot, but we weren't the least bit fazed by it, It would after all count as acclimatization training for the race. Of course the various food stops along the way also motivated us quite a bit ... LOL! 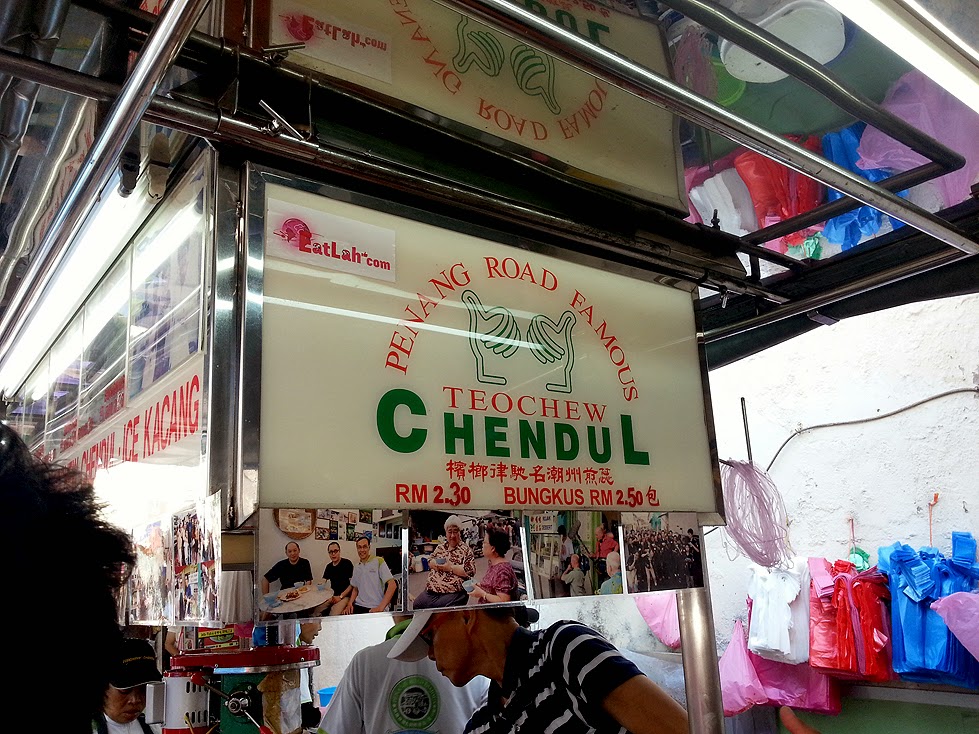 So, off we went from check point to check point, sampling chendol, ice-kacang, and Foo's now infamous order of Pasembor. Hot as it was, it was basically fun, with lots of ribbing, joking and gossiping as we made our way to the race kit collection centre some many hundreds of kilometers away, that's how long it felt in the blazing heat anyway.

It was close to early evening by the time we picked up the race kit, walked another kilometer or two to get some of Penang's famous biscuits for the wife and waited to meet up with Razif who was zooming around the island on one of his numerous run sessions. Done with our running chit chat, it was time for the long trek back to our hotel. With tired feet we trudged back, grabbed some dinner, bumped into Khairy along way and finally made it back to the hotel to call it a night. It was a long day for all of us and a 30K beckoned the next morning.

The next morning was a frantic one for me. For the first time in my life, I actually overslept and had to be woken up by Foo to get ready for our morning run. Both of us were really late. With the run slated to start at 4.30am, it was close to 4.20am when Foo woke me up. With heavy sleep cobwebs still shrouding my consciousness, I jumped out of bed, a quick brush of my teeth, got dressed and rushed down to meet up with the guys. It took me a whole 8 minutes to get ready, including slipping on compression sleeves on my calves, easily one of the fastest I've ever got ready for a run!

Everyone (Khairy and his friend also joined us) was ready and waiting for me and we immediately headed off. I was worried for two reasons. One was cos I had a slight headache from jolting myself out of bed, which I was hoping the fresh air would clear up and two was the fact that I didn't have time to sit on the 'throne'. The route was new to me and according to the brief from Jamie the day before, toilets would be extremely few to none along the way. I was afraid I'd get hit by a bad stomachache and that would have been pure crap (pun intended).

So with those thoughts at the back of my mind, the six of us started our run from the Esplanade area and followed Jamie, the only one who knew the entire route. The initial route took us around the town area, which was quite peaceful at this time of the day. This also marked the first time we've had 'supporters' for our training run along the way in the form of some transgenders who were cheering for us as we ran by. We had a good laugh at that.

The route being unfamiliar kept me running conservatively. It's not easy running an unknown route cos you don't really know how to pace yourself. I mirrored what Jamie was doing, increased my pace when he did and slowed down when he did. He did a good job of calling out what was ahead which was a great help. At least there was some references of what to expect.

The six of us were quite spread out by the time we hit the Youth Park. While waiting for the rest to arrive, Jamie and me were welcomed by the Waterfall Warriors, a running group getting ready for their ultra training. They invited us to join them but we politely declined since we had our plans laid out already. Took a group pic with them and waited for the rest to catch up and headed out again.

The route was pretty nice, flat most times and with a running summary about this building and that house from Jamie, the miles just slipped by effortlessly the first half of the run. Soon enough we were at the Botanical Gardens that would serve as our halfway mark after doing a couple of loops around the extremely dark park. A nice park with inclines and declines, perfect for hill repeats but unfortunately I hate doing loops in parks and suffered throughout the 4-5 loops we did here. Ended up walking/running it. Give me an open road anytime.

Once the group all gathered again after our respective loops, we headed out for the second half of the run. Passed the Starlight Trail event start location, said our hello's and goodbye's and continued on. This section of the run would be a lot more difficult. The sun was fast peeking out and the heat was consistently rising. Along this stretch, Jamie and me also learned two things.

One is that Foo was hoodwinking us all along with his injury cos from the numerous times he was leading us, it sure didn't look like he was struggling with an injury. I'll probably be served a summons to attend court proceedings by him once he gets wind of this post ... LOL! And the second thing we discovered is that Choon Yuen can hammer the pace when he wants too, judging by the fact he left both Jamie and me eating his dust at times!

Aside from that, the rest of the run was getting to be tougher on all of us. The sun was out in all its glory and the temps were fast rising. If this was any indication of what to expect during the 7am to 1pm stretch of the Starlight Ultra, we're all in big trouble. Hydration at this point will be very important and also what you wear will factor in strongly during the morning to noon session.

Somewhere along the Straits Quay (I think), I bumped into Francis who was done with his running for the day. It was nice to finally meet up with him in person after only knowing him through FB all these while. We chatted for a bit and went along our way. There were loads of runners along the route and one thing I have to say about the runners in Penang is that they're all simply fast! They were doing tempo runs with such ease that it makes my tempo runs back home look like kids play. At this point I asked Jamie to remind me to never sign up for races in Penang ever again. I'd be put to shame with the quality of runners here.

The final leg of the journey back was difficult to say the least. We'd stopped to keep the group together a little too long at times and trying to get back up to speed again was painful. The legs were stiff but we were determined to go the distance. The sun was energy sapping. The only consolation was the slight breeze that accompanied us at times. The last 5k or so seemed never ending. Eventually we reached our finish point back at the Esplanade where we started. Though exhausted, beat up and hungry, we were happy campers with the mileage we made.

Made our way back to the hotel to shower, rest a little and then head out to fill our growling tummies to justify our torture earlier. We still had a long ways to wait after checking out so we ended up roaming the streets and taking pictures to wile the hours away. Unable to stand the heat any longer we searched for an air-conditioned place, ordered up some nice cool and refreshing drinks while waiting to head to the airport for home.

At around 4.30pm, we were picked up by the same 'teksi-sapu' fellow which we made prior arrangements the day before to pick us up again. After another round of trying to beat the land speed record with him, we finally made it to the airport, caught up with Razif again before finally boarding the plane for home.

We were all totally exhausted battling lack of sleep but we did have a great time. At least the flight and accommodations weren't wasted. The trip also did provide a glimpse of what to expect for the Starlight Ultra in August and it's not a very pretty sight. Lots of preps and strategy will need to be laid out to tackle the grueling 84 kilometers that await us.

It takes a certain level of insanity to actually want to do this of your own free will. It's going to be physically as well as mentally challenging and I can only hope that I have what it takes to make it through to the finish. That said, anyone want to buy my bib ... hahaha!