I've always had a pretty negative impression of New Balance running shoes. I stayed away from them and wasn't even willing to give them a second glance. Then the Fresh Foam 980 appeared and I was intrigued with their 'science of soft'. I chanced upon it at one of the local New Balance boutique stores and came away unimpressed. It was anything but soft! 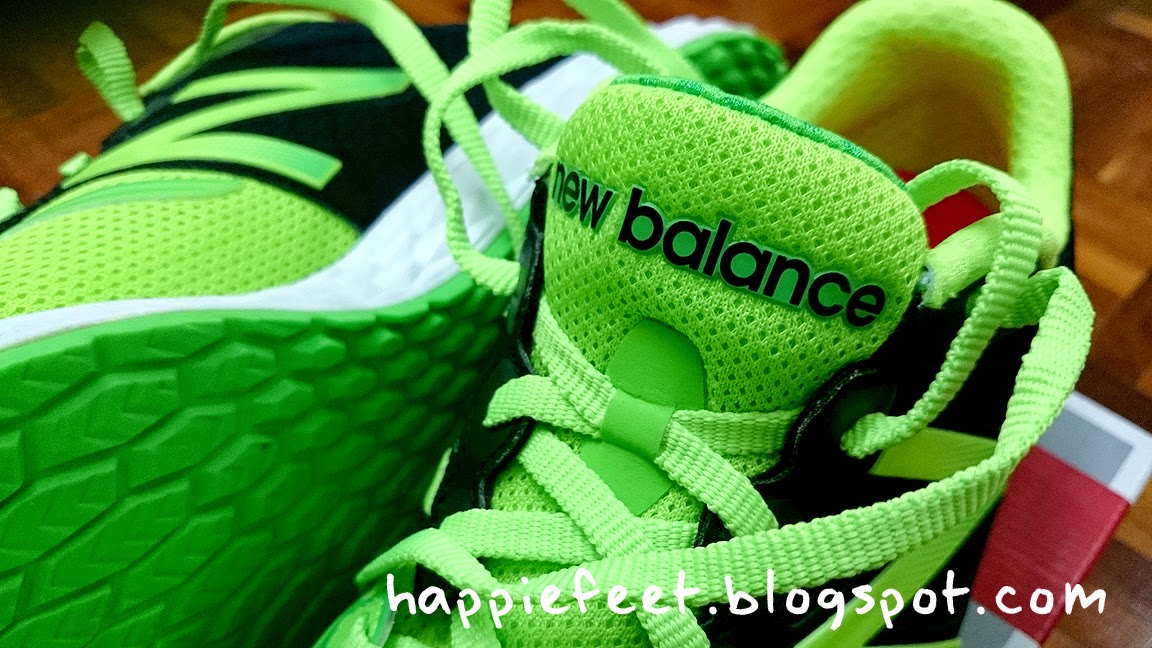 Brushing the brand aside again, life went back to normal, which to me was to keep a lookout for more running shoes. A week or so ago, Jamie started tempting me with his newly purchased New Balance Fresh Foam Zante. I wasn't very impressed, to be honest. Granted, it came in my favourite bright neon green colorway but heck, it looked similar to the 980 which didn't impress me. 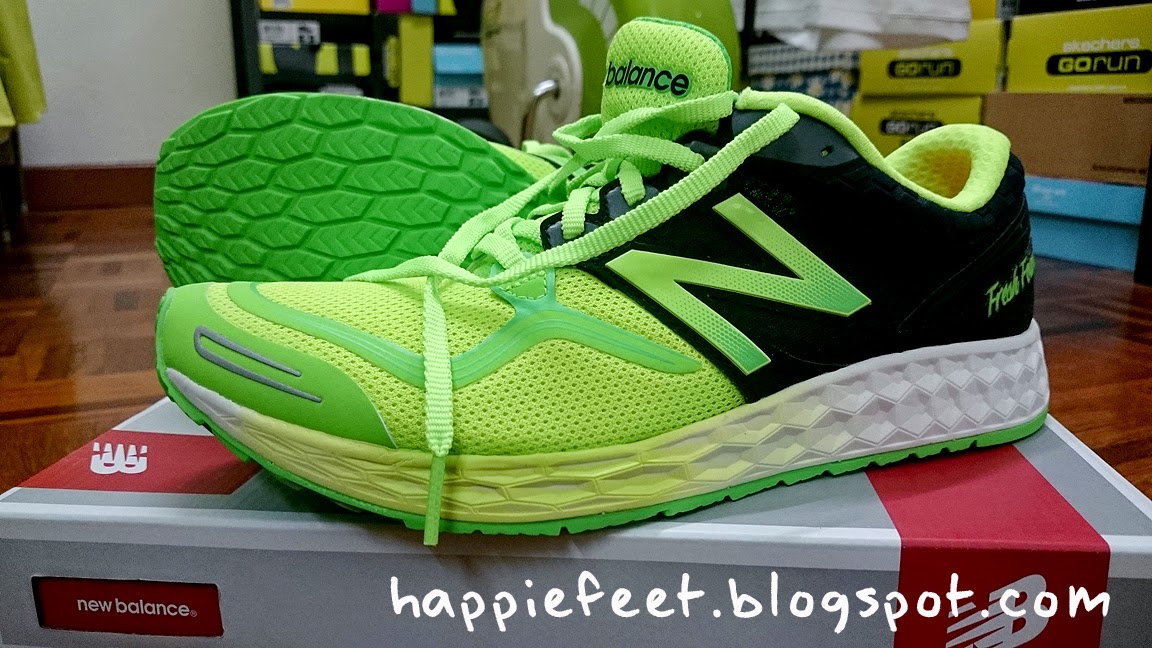 But after a rather satisfying track session last weekend, he once again dangled the shoe in front of me and I gave it a try. I was expecting the same firm, hard feel of the 980 but whoa, this felt different. If you're a shoe addict, you probably can tell when a shoe 'was made just for you' the moment you slip your feet in them. 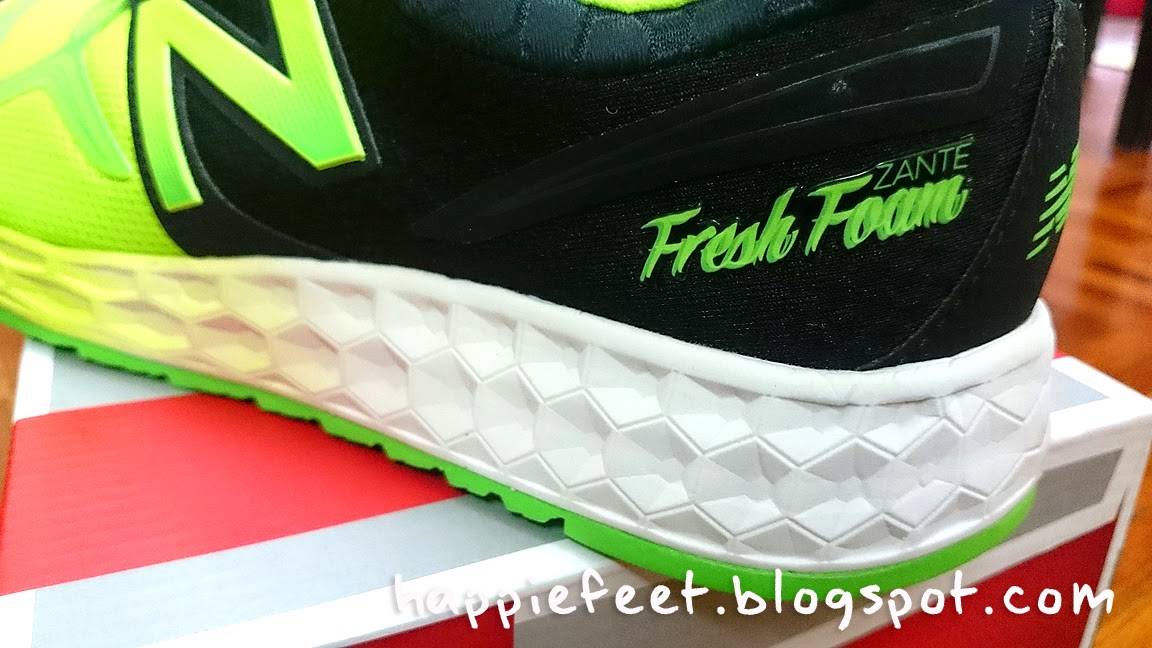 The last time I felt this way was when I put on the original Skechers GOrun. After a short test in them, I was practically sold. Of course the colorway did influence my decision a teeny bit. I had to get them. And it just so happened that I was heading to Sunway Pyramid with the wife to purchase a new pair of Skechers GOrun for her and it also just so happened that New Balance had an outlet there :D 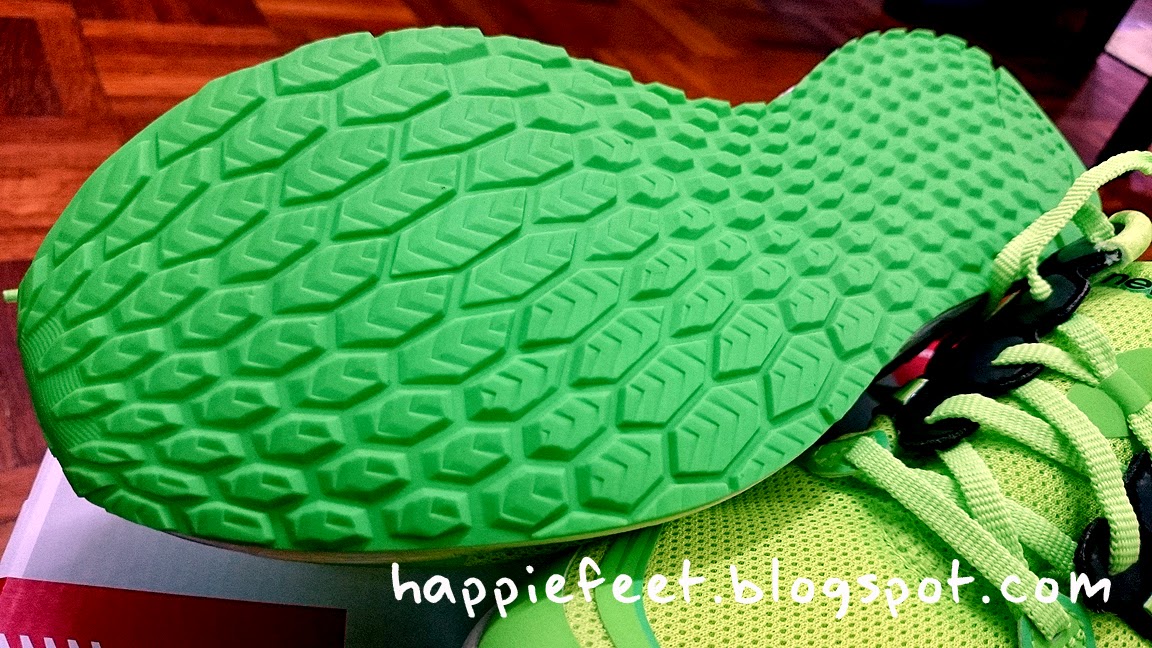 The New Balance Fresh Foam Zante takes its name from an island in Greece in the Ionian sea. I'm not sure how the name associates with the shoe but I guess the good people at New Balance just wanted you to have a little slice of paradise on your feet cos that's how the Zante feels like. I'm not going to go into too much detail on the specs of the shoe. You can always look up reviews by the more professional shoe reviewers like Runblogger, Believe in the run, Sole Review or Jamie Pang (when his review comes out) for the full specs. I'm just going to give my own personal and unprofessional take on the Zante. 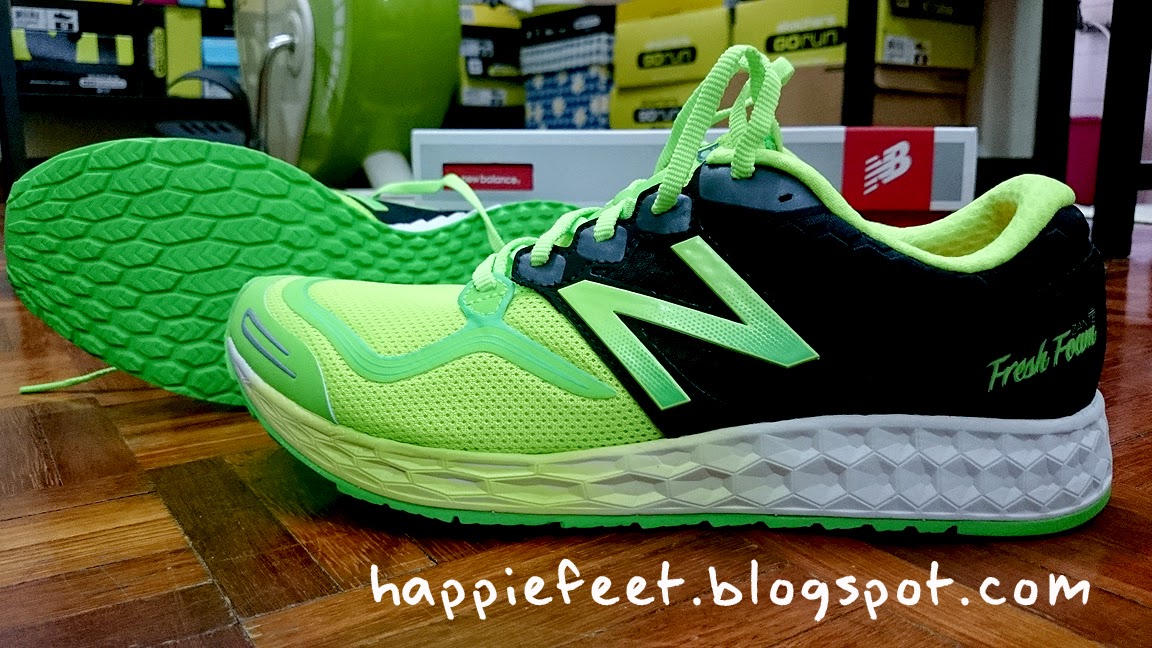 The Zante is what I would categorize as a lightweight trainer/racer. A 6mm drop shoe with a stack height of 27mm heel and 21mm forefoot. They're good for speedwork, intervals, tempo and works well enough to go the distance in longer, slower runs. I would sum them up to feeling like a racing flat with adequate cushioning and great energy return. Works just as good at speed or slow. You're able to use them for anything from an easy 8k, a hard 10k tempo to a nice long 20k with ease. It's not really a combination that's normally found in a shoe. 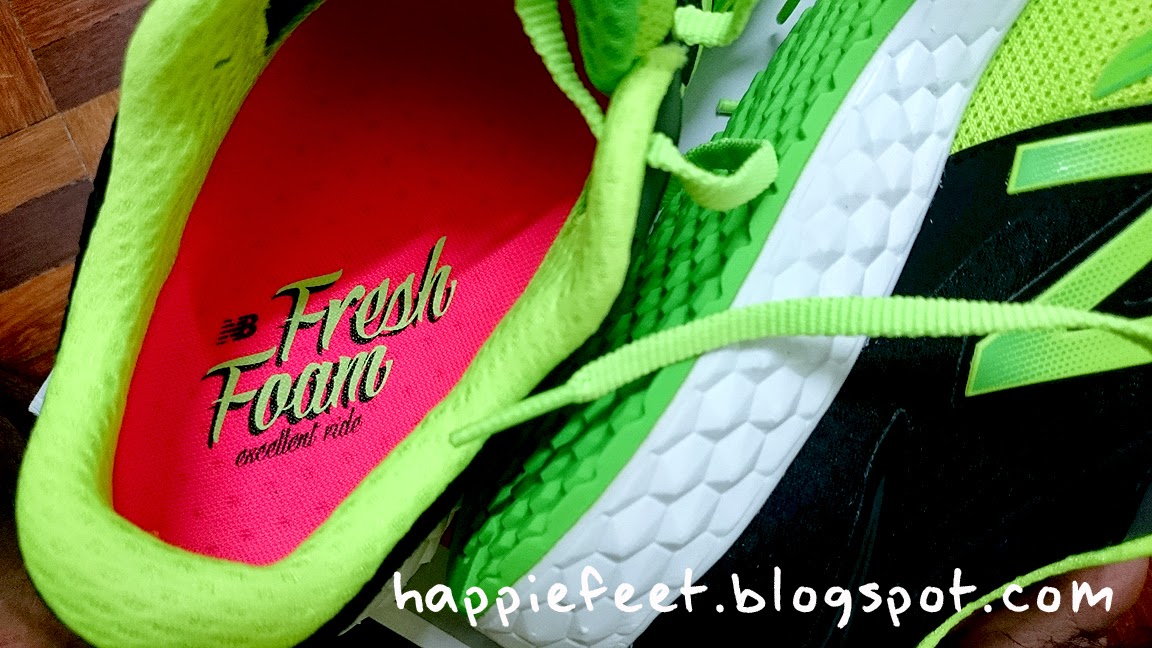 The first thing I noticed when I put on the shoe for the first time was a slight midfoot bump reminiscent of the original Skechers GOrun that stretches across the width of the shoe just under the arch. The fit though felt nice and snug in the middle due to the narrow midsole. The upper wraps around your foot nicely and is pretty much form fitting. The forefoot is wide enough that my toes had lots of space to wiggle around. 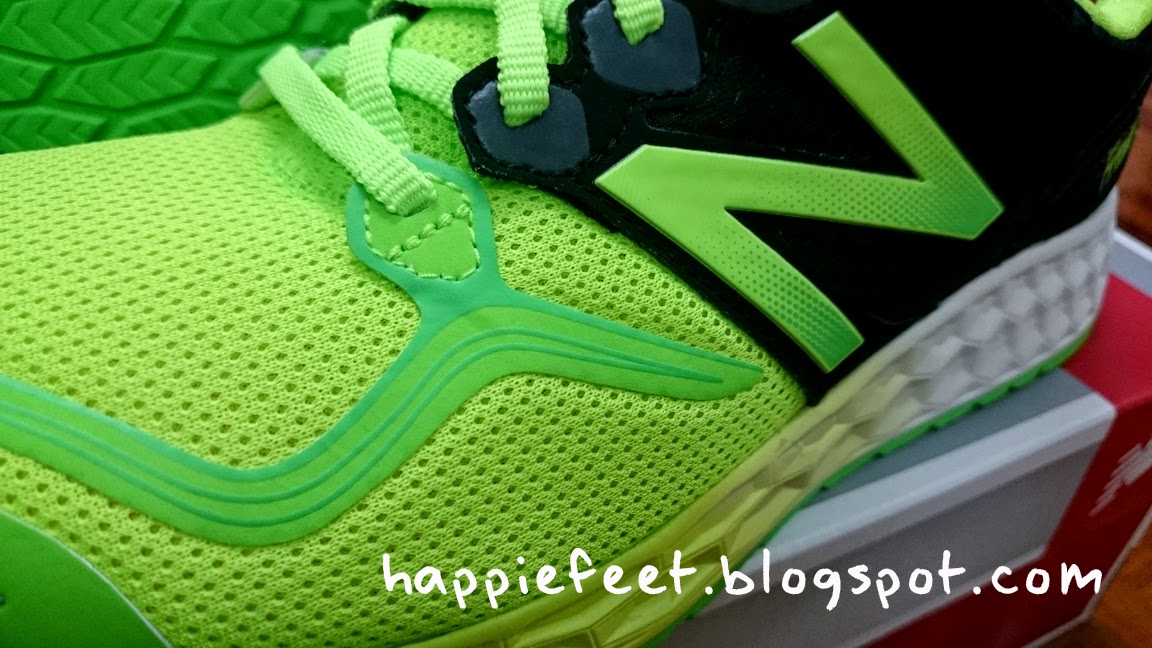 The general lack of side overlays tends to allow the mesh upper to drape nicely over the foot giving the forefoot enough space for toe splay. The combination of no-sew breathable mesh provides a secure, flexible and soft fit. The somewhat stretchy upper mesh is very breathable and I could even feel the wind flowing through them during my morning runs. 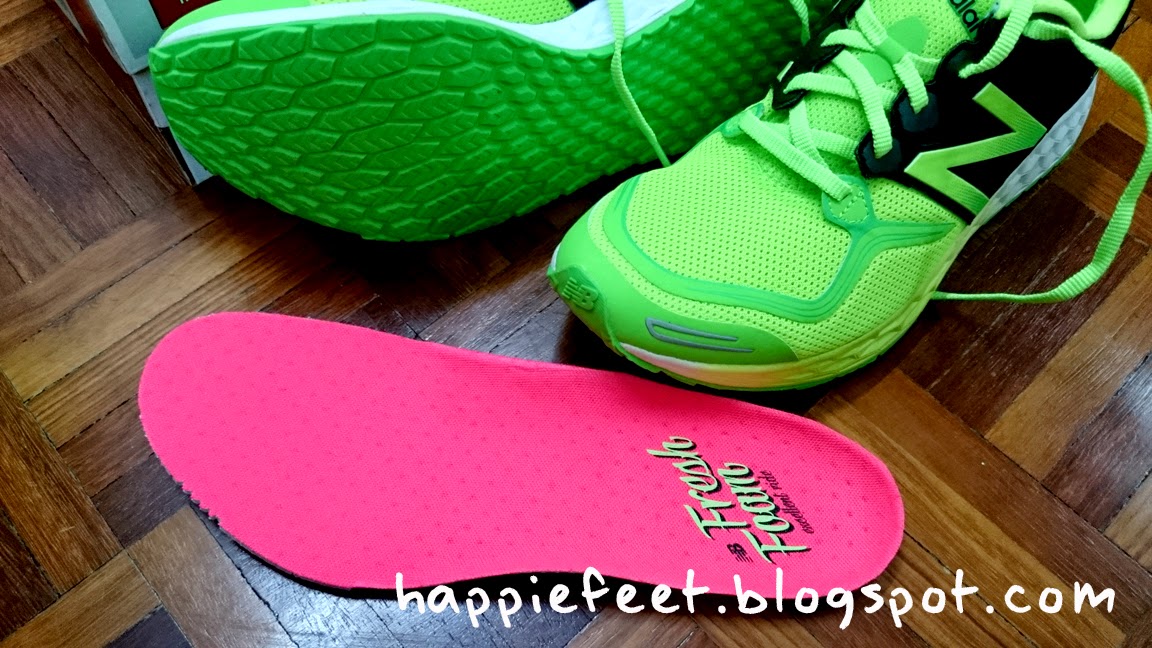 The Zante comes with a full internal sleeve giving the upper a sock-like feel that extends right up to the heel. This results in a nice smooth interior and I'm guessing running sockless wouldn't pose any problems. The lacing is the flat ribbon kind, a little stretchy so you can lace them tightly and they'll still give a little when you run. The component flat-locked tongue is stitched over the sleeve instead of the sides with no tongue slide. The molded insole is a thin perforated compress foam that sits upon a strobel lining on a relatively soft midsole that takes on most of the cushioning work. 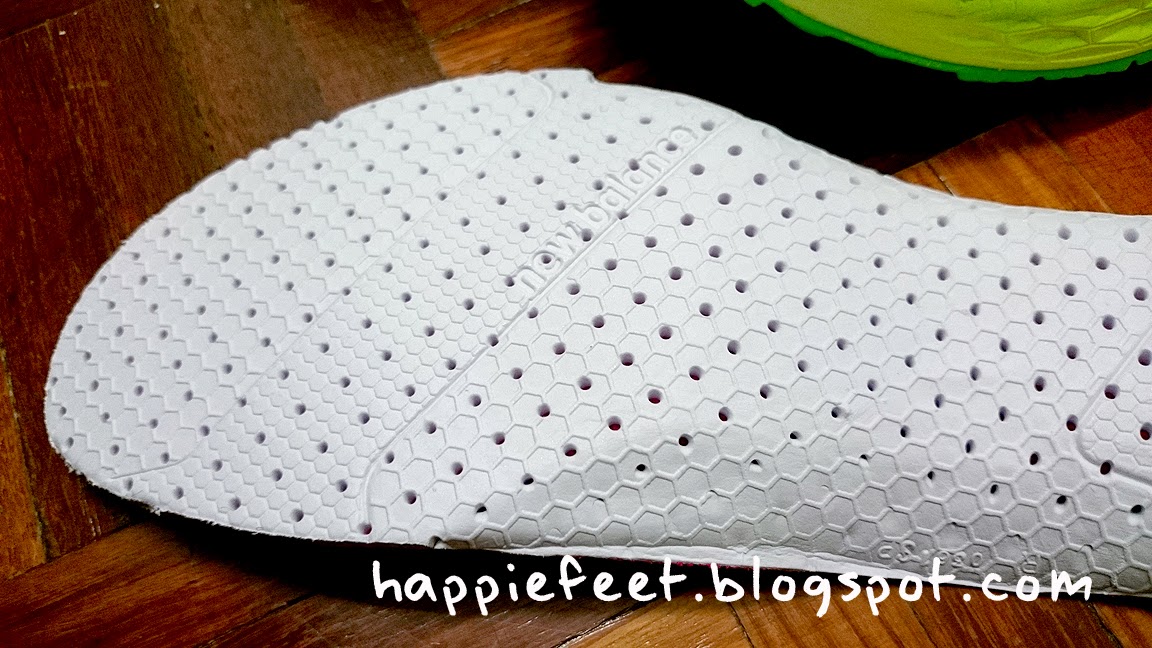 Aside from when I was a wee little lad back in the late 70's, I've never worn a pair of New Balance so I had no benchmark as to how their shoes really feel like. The Fresh Foam midsole in all honesty looks bulky and stiff to me yet once I had them on, they had a noticeable softness to it, nothing at all like how I imagined they would feel. My foot-strikes were soft and responsive with smooth transitions between them. 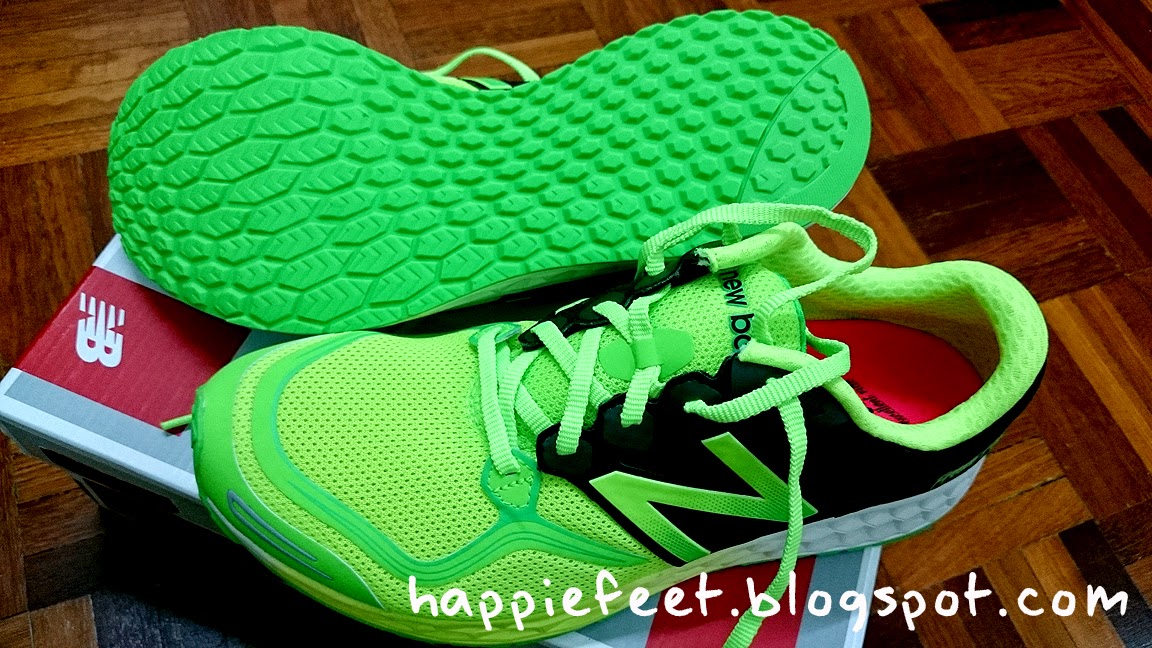 My first run in them was an 18k run in Bandar Kinrara's famous Ammah hills and though I was battling fatigue from a tad bit of over-training, they held up real well and practically disappeared on me. I even PR'd the route which is also in part to having a speedy visiting Boston bound Francis joining us on our run that day. The Zante can handle fast just as easy as it can with slower paces. 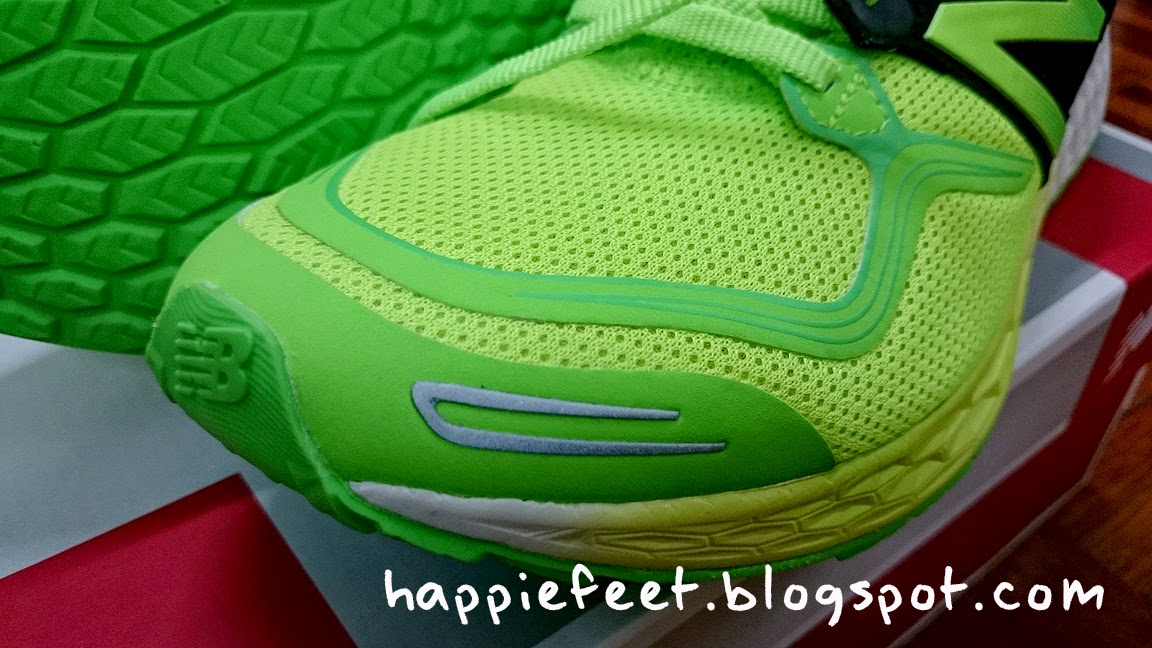 The light weight one piece blown rubber outsole provides a nice smooth ride at the same time stabilizing and protecting the foot with each strike. While the construction of the outsole might not look convincing, it does a great job of providing traction even on wet surfaces. It's been raining here almost everyday and the traction on the wet roads was simply astounding. The only worry was the durability of the outsole but that proved unfounded cos it held up decently.

The heel collar provides a cozy fit without any pressure or chaffing. I use those low ankle socks and my Achilles sometimes tend to get rubbed raw if the collar doesn't sit snugly against my ankles. The Zante's kept everything in place nicely. 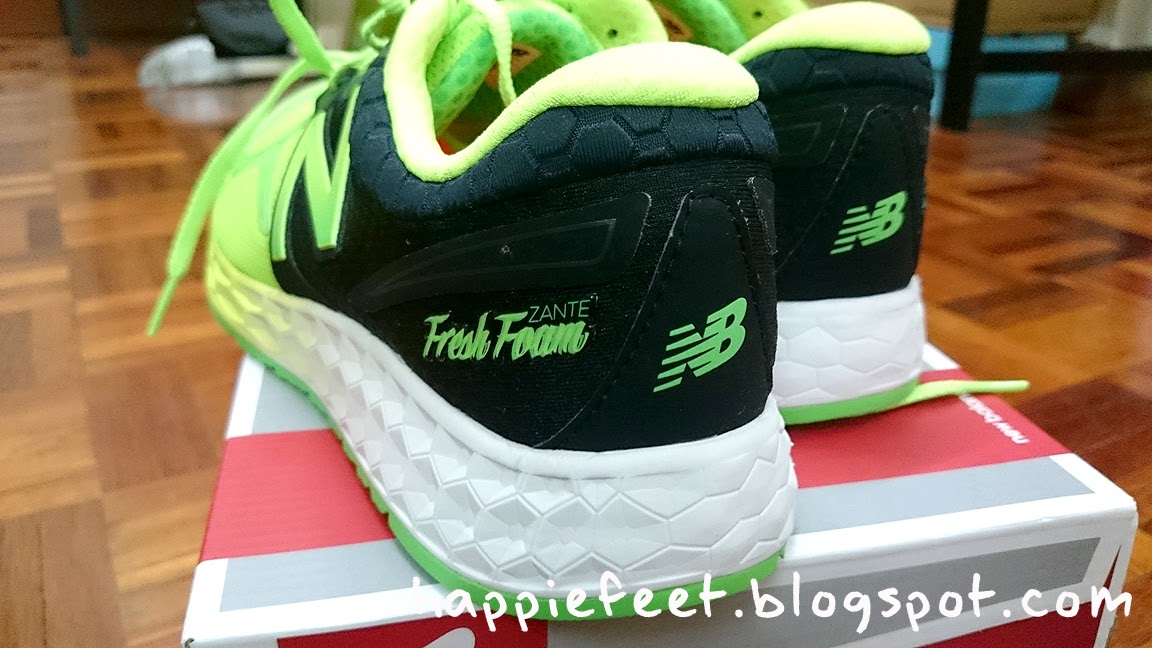 I had to go one size up from my regular 8's in other brands to a 9. Though it weighs a little lighter at 7.5 oz. compared to the 7.8 oz. of the GOrun 4, they felt a little 'heavy' at certain points of my run. Nothing really bothersome but just weird. Maybe it's just the mind playing tricks on me as I tend to hallucinate when I start getting fatigued. 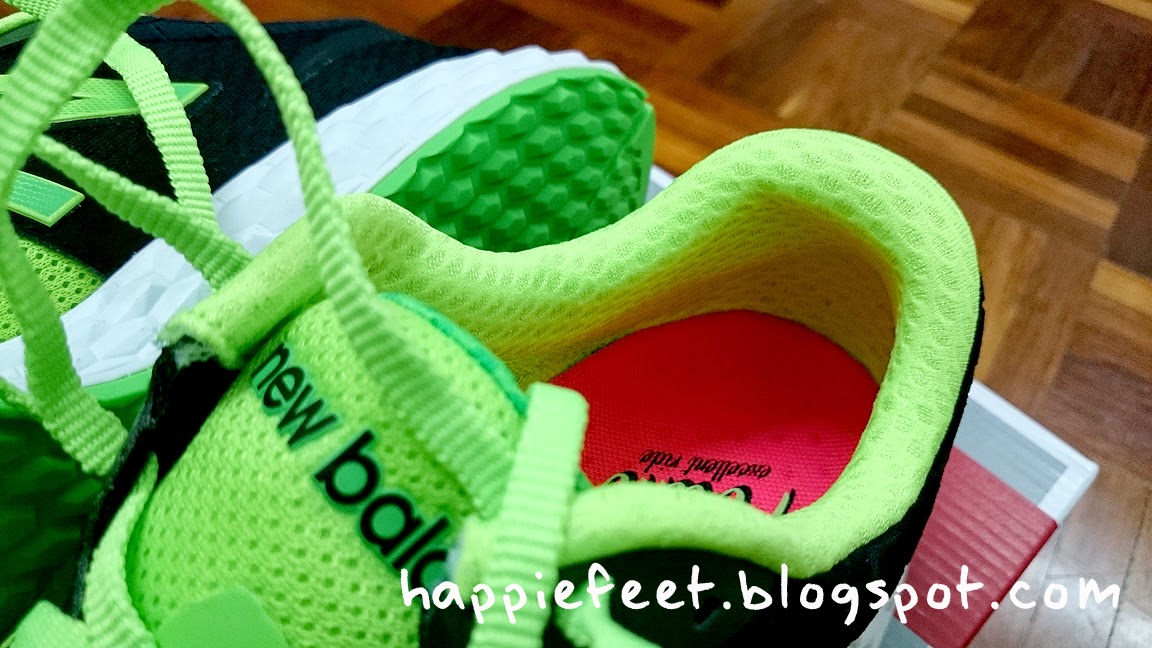 Never once did I imagine I'd be running in a New Balance and actually liking it. There are shoes that no matter how much you try running in them, it just doesn't work. The New Balance Fresh Foam Zante is NOT one of those shoes. From the very first time I put my feet in them, they just worked. A nice shoe that works great when you're speeding along in them or simply cruising at a leisurely pace. Would I recommend it? Yes, I would, definitely. It's currently available at all New Balance outlets and is retailing at RM439.00.

Disclaimer: I personally bought the shoe at full retail price for this review.