I received the Saucony Kinvara 6 (K6) from Frank of Running Lab, courtesy of RSH (Malaysia) Sdn Bhd just about two weeks before the Gold Coast Airport Marathon. It didn't leave me nearly enough time to test the shoe out and being bogged down with an injury also made it rather difficult. 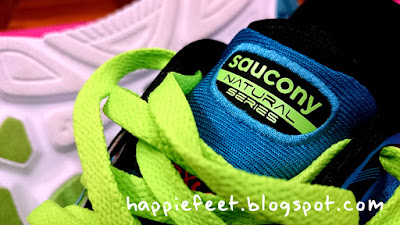 Nevertheless, injury or not, that didn't deter me from taking the K6 out for a little test run. I've heard so much about the Kinvara's and was eager to see if the hype was real. I managed to take them out for two short 5k sessions and while it was not enough to make a judgement on how good a shoe is, I was genuinely impressed!

Since I already had the shoe, I decided to take it as a back up shoe for GCAM and also use it as my 10k fun/shakedown race shoe. But with the suspected stress fracture becoming worrisome, I made a decision to do something I've never done before. I decided to switch my race shoe from my tried and tested Skechers GOrun 4 to the Saucony Kinvara 6  seeing as how the K6 offered a little better cushioning than the GR4. It was the first time I was running a marathon in an untested shoe but it was a risk I was willing to take and I'm glad it worked out in my favour. 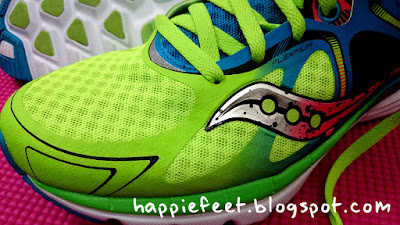 I've not had the opportunity to try the Kinvara 5 but I've read that the K6 hasn't changed dramatically from the K5's. I cannot really say much about that and my review will be based as a total new shoe experience for me. The Saucony Kinvara 6 came in my favourite colorway, green or blue/slime/coral as described in the Saucony home page and I was grinning from ear to ear when Frank handed me the shoe. Saucony claims the K6 is just 'a few engines short of a turbojet' so let's see if that assessment is justified.

My first impression of the K6 was that it looked a little bulky, especially the sole but upon slipping them on, they felt surprisingly comfortable and soft underfoot with a slightly better step in feel than the Skechers GOrun 4. For a visually 'bulky' shoe, the K6 was surprisingly light weighing in at a 7.7 oz. I was impressed. I was expecting it to be a lot more weighty than the GR4. 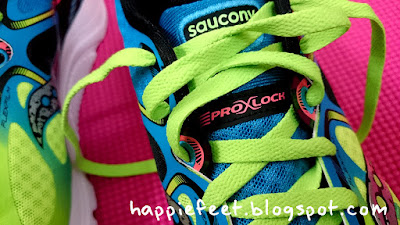 The Saucony Kinvara 6 sports a new open and breathable mesh that provides excellent ventilation. The mesh works really well keeping the insides of my feet cool and ventilated as experienced during the recent GCAM. I could feel the cool and chilly breeze flowing through the shoes and it's actually pretty advantageous in the tropical weather that we experience all year round over here. But it's neither water proof nor water resistant so running in the rain will not see your feet dry.

The mesh was also stretchy enough that I could wiggle my toes in them easily enough with a lot of give. Not that it really mattered cos the fit was so true to size that my feet felt so comfortable in them. The toebox was wide and comfortable enough that toes could splay out nicely on toe-off. I have narrow feet but even someone with a wider feet would find the upper mesh stretchable enough to accommodate them. 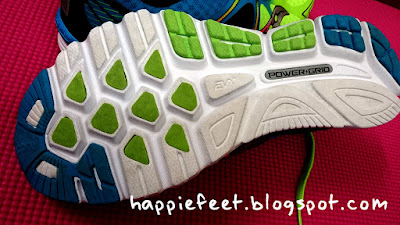 Saucony's trademark FlexFilm is attached to the upper and provides an exoskeletal support frame for strength and comfort. The FlexFilm, originally developed within the Saucony Racing line of shoes, is hot melded to the upper to allow less internal stitching and creates a soft and nearly seamless surface against the feet.

One thing that I did immediately notice though was the Pro-Lock lacing system, especially along the midfoot. It's actually a pair of wide straps that grips either sides of the midfoot and I physically felt them the moment I laced the shoe up. I was more than expecting it to give me issues cos for me a shoe should disappear once you put them on. 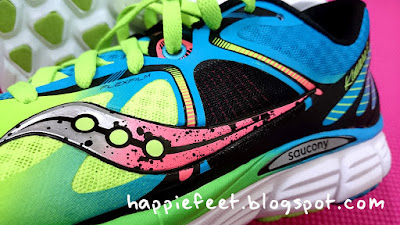 The Pro-Lock lacing system was designed to offer a much secure midfoot fit. But surprisingly, after using the shoes for walking as well as a few short training runs in the Gold Coast, I sort of got used to them and they no longer bugged me. In fact, they actually worked as advertised giving my feet a much more snug midfoot hold.

The K6 retains its proprietary PowerGrid foam for its midsole technology that effectively centres the foot, absorbs impact and distributes pressure offering an incredibly smooth, responsive and cushioned ride. The PowerGrid foam is essentially implanted along the high-abrasive EVA+ midsole of the K6. The added cushioning it provided was one reason for my switch in race shoes for GCAM15. 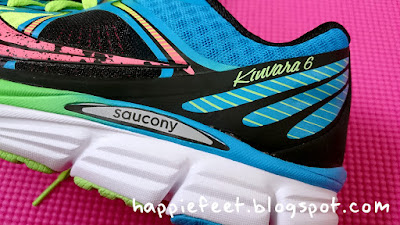 The outsole also maintains the high durability XT-900 carbon rubber used in high-wear areas that offer traction and durability for almost all your running needs. The outsole is really highly durable cos even after running the marathon in the Gold Coast, hardly any wear was spotted on the outsole. I'm guessing I'll be able to get a lot more mileage out of them than my other trainers.

The Saucony Kinvara 6 has a stack height of 22mm in the heel and 18mm in the forefoot giving it a drop of 4mm. While it falls in the minimalist range, the road feel was a little muted due to the cushioning it had. I'm used to the road feel of the GR4 and the K6 didn't have that same particular feel but it still rides and responds well enough. 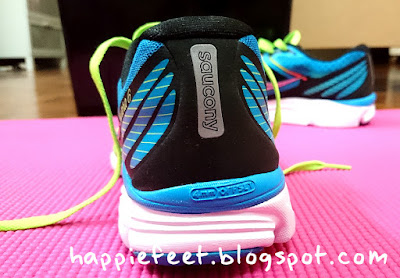 The upper heel is amply padded with foam and lined with Saucony's RunDry fabric to provide a comfortable and dry feel for the Achilles. The heel also sports a semi-rigid structure with an internal heel counter that goes only halfway up. The grip of the collar is very relaxed and I was a little worried that it would scrape the back of my heel but it was just needless worry cos it held my heel in place with no slippage at all.

Visually, the shoe is stunning. All the various colorways of the K6 are simply eye catching and you'd be hard pressed to look away from them. I love striking shoes and these fall right up my alley :D The striking details are coupled with strategic bits of reflective strip around the shoe and even under the outsole. A little more prominent reflectivity would have been nice though. 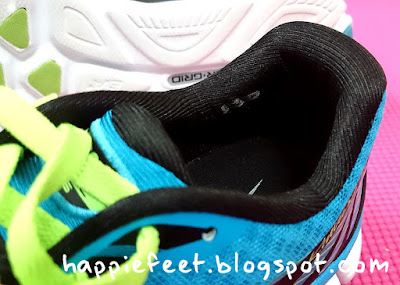 Overall, I've grown to really love the shoe. It's currently high on my list of go to shoes in my rotation of training shoes that I have. My decision to use them for the recent marathon in Gold Coast was a sound one. Though I was running with an injury, they served me pretty well and even though I was suffering in pain from that said injury, my feet on the other hand performed exceptionally well. I hardly felt the shoe and even with late stage foot expansion, the shoe expanded along with my feet seamlessly!

The usual black toenails badge of honour that usually greets me after a marathon or really long distanced running was nowhere in sight. I'm convinced that if I wasn't injured, I'd have pulled off a good showing in them. That's how much I believe in them. It's going to be real hard to give the K6 and my other all time favourite, the GR4 equal road time when I'm recovered. 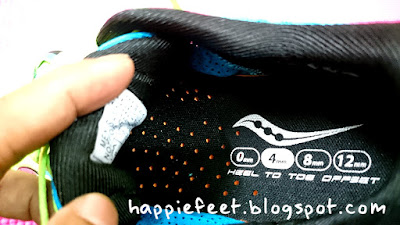 The Saucony Kinvara 6 is not just marathon capable but are also adept for speed. Though they might not be 'a few engines short of a turbojet' as Saucony puts it but they capable of some fast paced running be it a short 5k or a long marathon. I see myself having some good times in them and hopefully getting a few PR's once I'm healed. Would I recommend them? Yes, most definitely I would!

The Saucony Kinvara 6 is currently available at authorised dealers such as Running Lab in Tropicana City Mall, Stadium and all RSH Stores nationwide and is retailing at RM399.00. Don't just take my word about how good they are, give them a look-see for yourself. 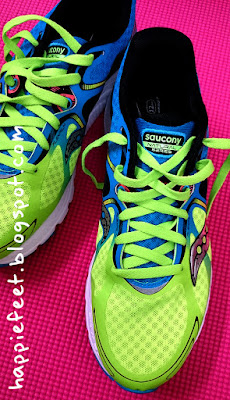