Along with a few other members of the GCAM team, I was offered the opportunity to test the new Sony Smart B-Trainer a while back. The Sony Smart B-Trainer, which I'll refer to as the B-Trainer from this point on is a headset that looks very similar to the W Series, Sony's wireless head-based Walkman range that basically works as a music player. 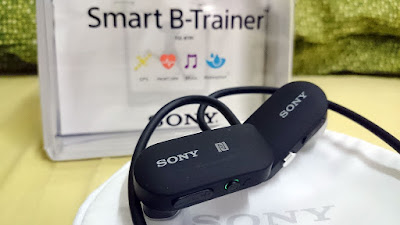 I have one unit too which was kindly given to me by Jamie more than a year ago, the Meb endorsed version, mind you (I just had to slip that in) which I use occasionally during my runs. I'm not much of a running with music kinda guy cos I normally tend to completely focus on my runs. But there are days when I just want to run free and easy and the music does come in handy. 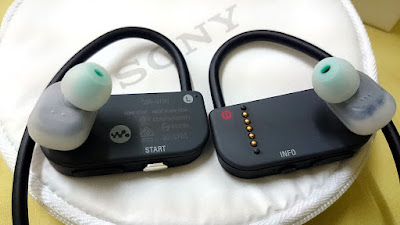 The new B-Trainer series of Walkman on the other hand is a completely different beast of a music player altogether. While it offers the same music playing capabilities as the W series, the B-Trainer offers a whole load of new functions and things to play with, all neatly packaged into an almost identical unit to the W Series. The new Sony Smart B-Trainer is a much more advanced unit packing GPS, a heart rate monitor and 16GB of space for your music selection.


The B-Trainer is basically an all-in-one headset that combines both a fitness tracker and a music device that fully encompasses wireless freedom. If you're into running or fitness activities, then the B-Trainer looks set to be the go-to device without the need of being tethered to a smart phone.


The B-Trainer sports a slew of built-in sensors such as GPS, an optical heart rate monitor, a gyroscope, accelerometer and an electronic compass in a nice tidy looking package. The unit also records data such as heart rate, cadence, distance, route, speed, pace, steps, elevation, calories and strides, everything you'd find in your regular GPS watch which doesn't have the added advantage of playing music for you.


The fit of the B-Trainer is pretty decent. I've always had issues with any device that plugs into my ears, most probably cos I have defective ears ... LOL! After fiddling with the various sized ear buds provided to find the right fit, they felt snug in my ears, a much better fit than my current W Series headset. The loop that goes around and behind the head does a pretty good job of keeping things clamped down nicely, even at much faster paces. 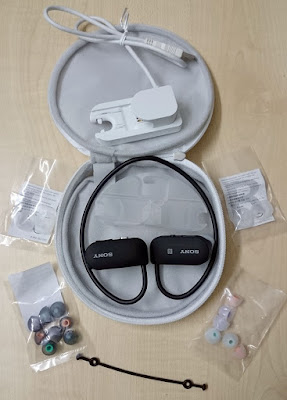 The button configurations are well placed and easy to reach and use. Once you get accustomed to what their functions are, it's like second nature. The left headset of the unit consists of the play/pause, skip tracks and start/stop workout buttons. The right headset consists of the on/off, volume, call answer, heart rate sensor and bluetooth buttons. Tapping the on/off button lightly gives you real time information about your current fitness activity.


What's really impressive about the B-Trainer is that it's able to automatically dish out songs based on your running pace. Once you download and install the Media Go software for Windows or Content Transfer for Mac, which is pre-loaded into the trainer itself, the device will be able to scan your songs and base them on a particular tempo. What that means is that the B-Trainer is able to 'listen' to different training plans and based on your speed and heart rate, it'll guide you to either slow down or speed up, which basically means real time feedback during your runs. Granted, this really isn't all that new. The Adidas MiCoach has been doing this for quite a while now but it's cool to see the B-Trainer packaging it all into one tidy device.


Unlike your GPS watch or any other fitness tracker, the B-Trainer 'speaks' out to you as you run. Depending on how you programmed it, it'll tell you your pace, speed, distance, heart rate, calories burned and time at set intervals throughout your run negating the need to keep looking down at your wrist.

The data that it spews out is incredibly accurate when compared against my Garmin GPS watch. The only thing that didn't really tally is the heart rate reading which was way off when compared against my chest strap. I'm not really sure why that is but maybe it's the way the sensor sits in my ear or something. I'm not sure how the other reviewers fared with their heart rate reading so it could just be me.


Now, with all this data it tracks and generate, you'd probably be wondering just how to analyze all that data. Well, the B-Trainer has a mobile app for both Android and the iPhone that you can download. The app gives you the option to download your run data and analyze your progress. You're able to look at various data of your run such as distance, time, average pace, calories, steps, heart rate, cadence, stride, splits and even maps your music playlist against the route map enabling you to know where each song was played!


That isn't all, you're also able to programme custom training plans prior to your workout and send them to your device. Transferring data and training plans to the devices is such a breeze. The B-Trainer is NFC capable and if your phone is also NFC capable, you just need to touch them together and it's done. But you can just use the bluetooth option otherwise.


The device is also capable of receiving phone calls if you set it to bluetooth headset more and also acts as a wireless headphone for music or video streaming directly from your smartphone. I simply love that option cos I tend to watch lots of TV series on my smartphone and can now do it wirelessly without having to plug in a wired earpiece that's half the time getting tangled all over me. 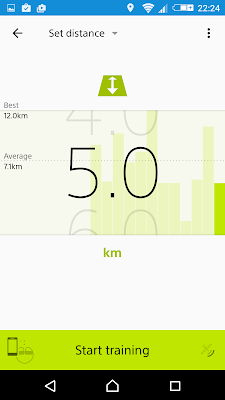 The Sony Smart B-Trainer is also waterproof and according to one of the other reviewers, you're able to swim with it as well. I'm no swimmer so I can't comment on this aspect but I can vouch for the waterproofing aspect of it. I've run in the rain with them and had no issues whatsoever. The B-Trainer has a waterproof rating of IPX5/IPX8 to keep both dust and water out of the device. 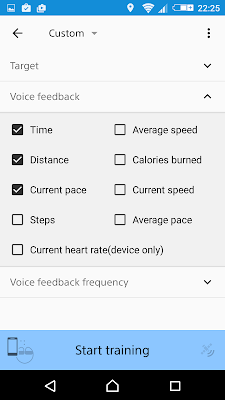 I've used the device quite a bit since I've had it during most my training runs to get a feel for it. I've used it with different aspects of my training such as track work, intervals, tempo runs and LSD's. I've even race tested them both locally and overseas and they've worked as advertised. The GPS acquisition didn't take too long, I'd say about 2-3 minutes and once it acquired the signal, the next time you switched it on, it was almost instantaneous.


The B-Trainer is touted to last up to 14 hours of pure music playback with GPS disabled or 5 hours on training mode with GPS enabled. I can't vouch for that cos I always keep the device fully charged after my workouts. A full charge takes approximately 1.5 hours via USB. 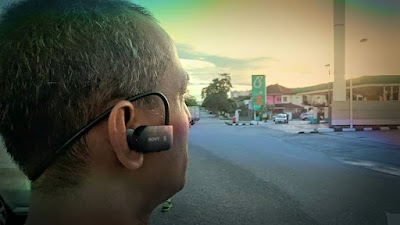 The Sony Smart B-Trainer retails at RM999.00 and can be found at Sony Outlets. Would I recommend this as an alternative for a fitness device/tracker? Yes, most definitely. If you're currently using a smart phone and lugging around a music player, then this would be just perfect for you. GPS, heart rate sensor, music and bluetooth capabilities all rolled up nicely in a neat little package. I'd say you can't get any better than that.

But as with all music devices, please use extreme caution when using it to run on the roads. Keep the volume low or even one earpiece unplugged so you're able to hear the traffic around you. As much as this is a great device for keeping fit, you want to live long enough to actually be fit. The drivers around our roads can be idiots who disregard pedestrians and runners so please use extreme caution with any music device while running.