Participants gathered as early as 6:00am at the heart of the city for the event. After an aerobic warm-up session by Pilatique, MPI Generali Run 2016 officially started with the first flag-off. Soon, Bukit Tunku was awash with the bright orange T-shirt of the Run, which represents the last colour block in the Run’s logo.


Runners were categorised by gender, seniority and route distances 5km, 9km and 12km. There was also a 3km Fun Walk for participants who wanted in on the exercise but prefer a more leisurely pace. These categories serve the Run’s theme of “Healthy Lifestyle – Work-Life Balance” well and continue to promote the Run’s objective of encouraging the general public from all walks of life to take up running as a healthy and sustainable recreational activity.

For the first time, the Run introduced the Speedsters and Cruisers groupings, which are MPI Generali Run’s version of the Wave Start practice. They enable runners with similar abilities to start the race together. This way, the race route would be less congested and contribute to a safer and more enjoyable experience for all categories.

Besides the usual Sponsors’ and Partners’ booths, participants were treated to a bustling atmosphere at Padang Merbuk Car Park where they could find bubble performances, balloon sculptors and assorted refreshments like popcorn, cotton candy and Indian snacks.

Project Leader Ms Jayne Liew approved of the atmosphere: “We want this Run to be a family day affair for our loyal followers. Some of them have been with us since the first Run, and they would bring their friends and family members who would also run or take part in the Fun Walk. Now, instead of just fun from running their own races, they get to enjoy some quality time together after the Race.”

Ultimately, MPI Generali Run is never about the winning, but the doing. The annual run will continue to help the community start the new year on a healthy footing!

Back for the fifth year, MPI Generali Run 2016 (formerly known as Multi-Purpose Insurans Run or MPIB Run) kickstarts the Malaysian running calendar on 10 January 2016. This annual community run once again took place at Padang Merbuk, Jalan Parlimen, KL. MPI Generali is proud to position itself as the pioneer general insurer in organising a community-based run in Malaysia in 2012. The inaugural event successfully gathered 3,750 runners, and for the second, third and fourth years between 2013 and 2015 respectively, 5,000 runners participated – an increase of 33% from the inaugural run. 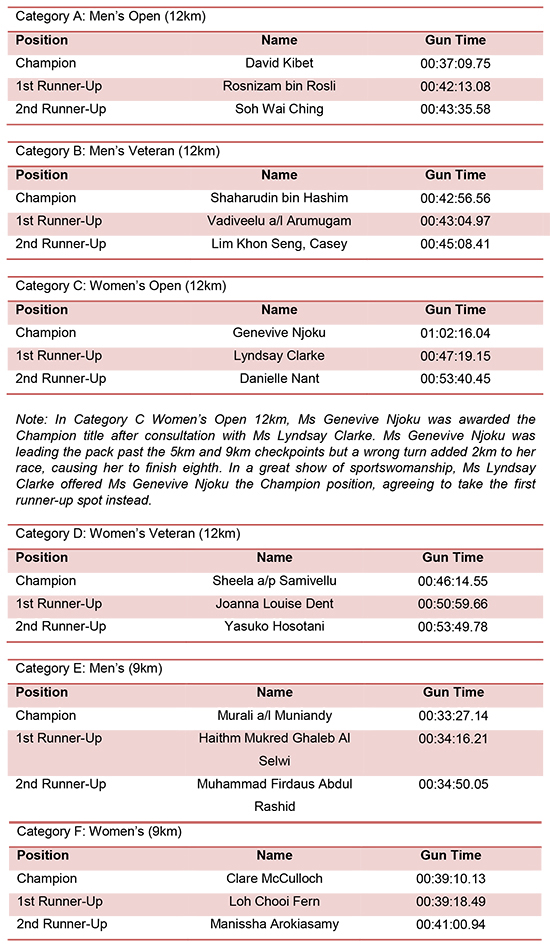 MPI Generali Run’s theme of Healthy Lifestyle – Work-Life Balance strikes a timely chord for modern lives. The Run’s objective is to inspire a love for running among members of the community.

Pre-race day running clinic sessions are organised for new and seasoned runners to familiarise themselves with the run routes and to encourage first-time runners to take up running as a sustainable recreational activity.

Project Good Deeds is the corporate social responsibility initiative that has complemented MPI Generali Run since 2014. The recycling project collects pre-loved sports shoes and T-shirts to be donated to the Orang Asli community.