Thanks For The Memories

While the year really isn't up yet and I should really only post this next year but heck, I'll probably be too busy running or going places during the holidays to even bother with my blog let alone sit and write a post so here we go! 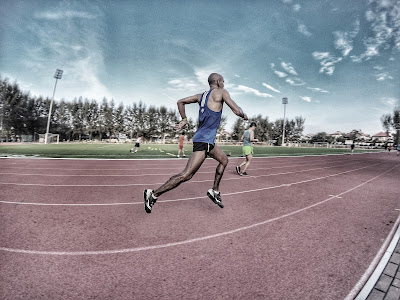 The year has been pretty much up and down for me. There's been some good times, some great times, some bad times and some really awful times but through it all, we take what we can from the good times, learn from the bad and move on with life. Nothing really much happened except for three key moments running wise that made me wise up to certain things.

This blog is basically about my running life so I'm not going to dwell or touch on my personal life, after all it's called a personal life for a reason, right? Don't worry, I won't be my long winded self but there's some things I need to jot down so I can go thru them again one day when I hang up my running shoes, sitting on the rocking chair in my verandah (not that I have one yet, mind you) while sipping a mug of hot coffee. See, I have my future planned out already!

The racing year started a little bitter sweet for me. The Seoul International Marathon was on my list of races for the first quarter of the year and I was so excited for it. I would also be turning 50 just days before the race and that added the excitement factor up a notch or two. It would be the first time I would be celebrating my birthday out of the country and for it to be my 50th was kinda momentous. 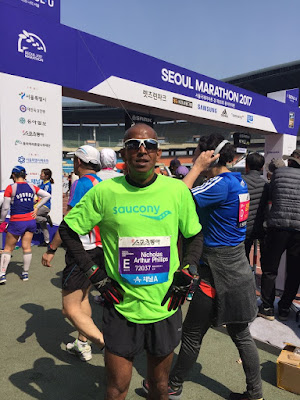 A training programme was drawn up (Hansons) for the race and I religiously put in the training for it day after day. The training wasn't at all easy, there were times I was so focused on it that I neglected the people around me, namely my wife but she knew how much I wanted to chase that ridiculous dream I have in my marathon quest and stood by quietly cheering me on.

Sadly, the entire Seoul International Marathon experience was bittersweet. My dreams came crashing down like a ton of bricks during the last quarter of the race. I'm not really sure what happened but to say I was disappointed was putting it mildly. I was devastated! I put the devastation aside for another day and enjoyed the rest of my holiday which was nothing but fun. I've never been to Korea and in fact didn't think I would even like Korea but somehow ended up loving it. Let's not even talk about my wife. She would relocate there if she could ... LOL! 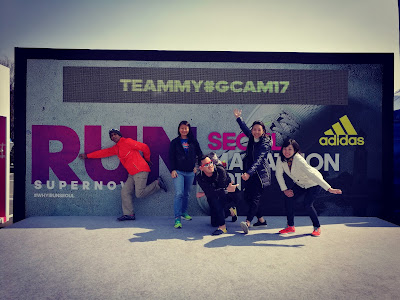 Next up was the Gold Coast Airport Marathon. It was a race that's really close to my heart seeing as how GCAM14 was my first ever overseas race and I fell in love with the race and the place. I almost wasn't sure if I would make it to the race this year as ticket prices and accommodations were not really cheap. My son would be starting his Automotive Engineering course just after the race and that would involve lots of money so I was a little sad that I wouldn't be able to make the trip.

But fate had different plans for me and through the kindness of Tourism & Events Queensland, I would after all be running GCAM17. I was ecstatic and a training plan was drawn up or rather a plan was drawn up for me. A good friend, a Bostoner at that so kindly said he'd draw up a plan for me to hit the goals I was aiming for and I jumped at the opportunity. I've never had a coach before, albeit one online, and I was excited. This would also be the first time I would not base my training on the Hansons Method.

I spoke to my wife about it and while she wasn't excited that I was diving into another plan so soon, she knows me so well and how stubborn I can be at times but she also knows what I'm capable of and she threw her support behind me again. I dove right into the training. I was eager to get things right this time without really thinking things through properly. Had I recovered enough? Had I even figured out what went wrong in Seoul? And here I was diving into another strenuous training plan. 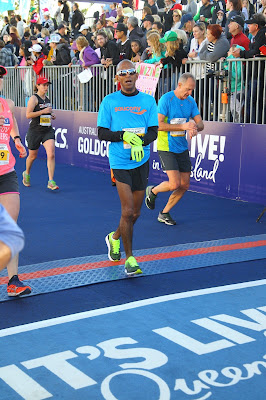 The first few weeks went decently. I could keep up with the plan and back and forth updates on my status with my 'coach' kept me going. But I began to feel the lethargy and the lack of purpose soon enough. I was still able to keep to the plan but I wasn't enjoying it anymore. It was a chore, it was something I just wanted to get over and done with and I knew at that instant, something was wrong. This is not what running is all about. I wasn't happy, I wasn't excited waking up in the morning to lace up anymore. I was dreading it even.

I spoke to my wife and she somehow knew I would be going through something like this. She is after all the only person who witnesses my training close up day in day out and she knows when I'm not able to do something even though I'll be in complete denial about it. The decision was made to pull out of the training plan. A complete reboot of my running was needed. I decided to drop the marathon and instead run the half marathon in the Gold Coast. I informed my 'coach' and he understood, at least I hope he did. 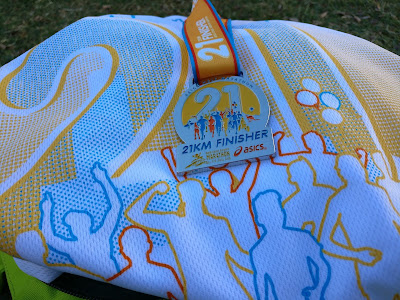 The weight that was lifted off my shoulder with that decision was enormous. I felt invigorated again. The half was something I could do and was excited about running again. Suffice to say, I started enjoying my runs again. The decision to do the half marathon in the Gold Coast was actually a blessing as I finally managed to collect all four categories of the event, something I'm pretty proud of. The holiday also did help rejuvenate the soul though the sad thing was my wife opted not to follow since we would be needing the funds for the younger fellows college once I get back.

One other major highlight that I was glad to be a part of was being invited to run the Queens Baton Relay around the Bukit Jalil Stadium for the 2018 Commonwealth Games that will be held in the Gold Coast in April next year. I've never ever participated in something like this and was really honoured and lucky to be a part of history. The baton I held for a fleeting moment was the actual games baton and knowing that my grubby paw prints will be all over it as it made its way across the oceans was something I'll remember for a long, long time to come. Seeing as how it's going to end up in the Gold Coast, a city I'm slightly biased with somehow makes it all that much more memorable. 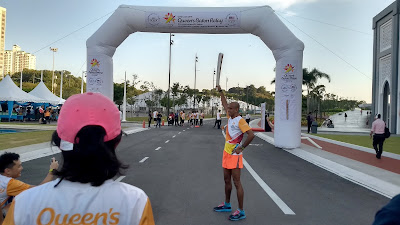 Those were basically my three highlights of the year running wise. I really opted out of running back to back races, something which happens over here on a weekly basis simply because I wanted to concentrate more on actually putting in some real training for key races that I've set my mind on for next year. After all, how many times would I want to run the same race routes for races over here and the exorbitant price of a race these days can be utterly ridiculous. I'd rather save up for another shot at my favourite race #GCM18 which offers a much better race experience hands down!

One other milestone in my running will be seeing its end. I was honourned to be given the chance to be an ambassador for Saucony Malaysia for the past two years. It was something I've never even dreamed of nor expected would ever happen. I've had some good times with the team over here helping build and promote the brand as much as I could. I enjoyed my time as an ambassador but it's time I moved on. I have other challenges and goals that would need my utmost focus with no distractions.

With that in mind, I decided that I would relinquish my position as an ambassador for Saucony Malaysia. It wasn't a decision I came by easily but it was something that needed to be done. I've enjoyed the 2 years and the support from the Saucony team and am grateful for the opportunity to represent the brand but it's time to step down. I wish the team nothing but the best and hope that in my time there, I've managed to make a difference and help bring the brand to the new level of awareness it enjoys today. 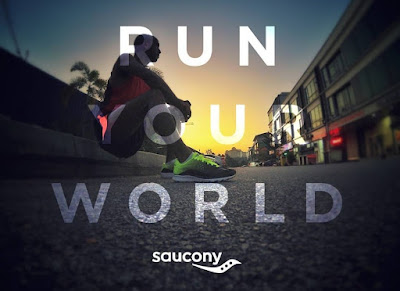 Besides I've always been a shoe geek at heart and trying out new brands of running shoes has always been my first love. One can never have too many running shoes. That said, my wife is already giving me the eye at the shoe buying binge I'm currently on! Yeah, Jamie and Choon Yuen, you guys better watch your sixes cos I've been blaming it all on you two .... Hahaha!

That basically summed up my year in running. See, I told you it wouldn't be too long winded. With all that behind me, I've got some goals that I need to focus on for 2018 and it would involve a lot of training to try, keyword here is try, and achieve those goals. All the plans are drawn up and ready to go when the time comes. With the goals and dreams more streamlined (and more realistic), my confidence level is slowly building up to face the challenges ahead.

With that I'd like to wish everyone an early Merry Christmas and Happy New Year!