My foray with the Saucony brand of running shoes started with the Saucony Kinvara 6 (K6), slightly a little less than a year ago. The moment I put on the shoe, I was immediately impressed with it. I ran a marathon in it, albeit with a stress fracture and it has been my go to shoe on more days than I can remember. 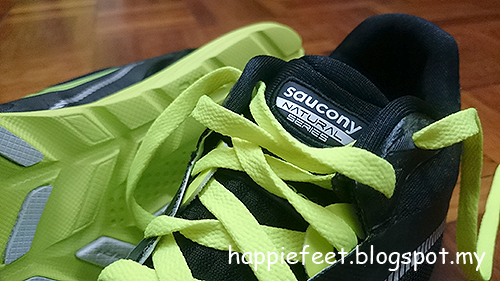 So when I got the chance to try on a pair of Saucony Kinvara 7 (K7), I was squealing (as Jamie would put it) like a child with a new toy in his hands. I simply couldn't wait to take it for a spin. Now, the K7 might look very similar to the K6 visually but don't let that fool you into thinking it's basically the same shoe. It's really not. There has been some very positive tweaks to the K7 that makes an already great shoe even better, in my humble opinion.

The biggest and prominent update to the Kinvara 7 is the EVERUN heel insert. The science behind this over at Saucony is that your typical EVA foam tends to heat up and gets softer as you run longer. The legs tend to fatigue more during this time and need the impact protection the most during this phase. The EVERUN apparently addresses this breakdown of cushioning and offer the protection your legs require during this phase of your run. The second tweak you'd notice is targeted on the outsole. 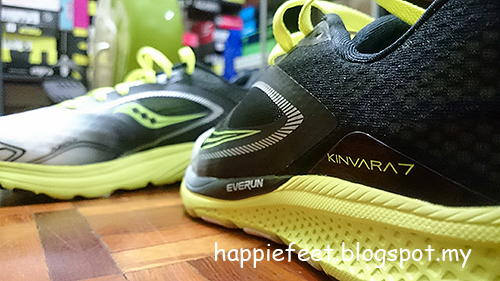 Let's get to how these updates work in tandem to make the K7 my current favourite. We'll start with the upper. The upper of the Kinvara 7 carries over two features from its older sibling, the K6, which is the FlexFilm, and Pro-Lock lacing system. I like the FlexFilm in the K6 and I like the FlexFilm in the K7 just as well. The FlexFlim are overlays that are melded to the upper to eliminate seams and stitches that stiffens the upper a little but retains just enough flexibility to be comfortable.

The upper mesh also has a nice upgrade to it. The front half of the mesh remains very open and breathable and is supported by a finer mesh that effectively keeps out debris yet still maintaining breathability at the forefront. In fact the fine mesh did a great job of keeping water out, at least for a decent amount of time as I found out during a run when it poured halfway. 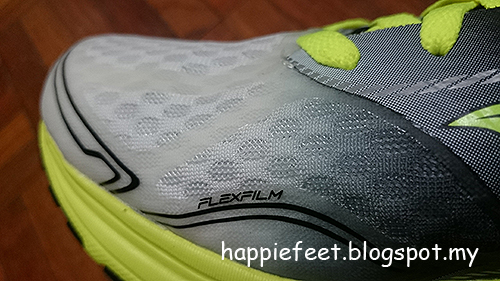 The midfoot section retains its Pro-Lock lacing system found in the K6. While it didn't really bother on the K6, nevertheless, I clearly felt it when I had the shoe on. The Pro-Lock in the K7 has been tweaked and disappears into the rest of the upper more than the one found on the K6. This translates to much less annoyance with the wrap around the midfoot area. A nice change if you ask me.

The Kinvara 7 has a semi-rigid heel counter that goes about halfway up the heel of the shoe and feels flexible, soft and forgiving against the Achilles. The collar is slightly padded and is lined with the RunDry fabric that soaks up moisture and wicks away sweat. 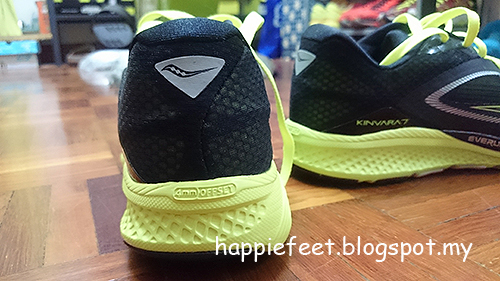 The outsole has seen a considerably visual change from its predecessor. The K6 (and K5 for that matter) sported ubiquitous triangles on its outsole. The Kinvara 7 now sports an outsole design called Tri-Flex reinforced with XT900 carbon rubber compound in high-abrasion areas to maintain the durability of the shoe. The XT900 in the K7 is located in the same locations as its predecessor, on the lateral heel and toe, but only the shape of the pods has changed.

The outsole now sports arrow like flex grooves instead of the previous mushy square like pods. The flex grooves that adorn the K7 from toe to heel offer excellent flexibility. The iBR+ and XT900 carbon rubber compound placement works nicely for durability and traction which has really improved. No slipping on most surfaces that I ran, even in the rain. The shoe feel more responsive right out of the box. 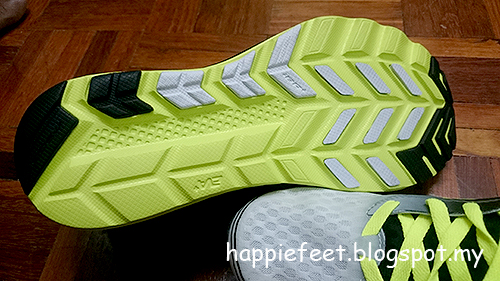 The biggest update for the Kinvara 7 is basically something you can't outwardly see which is the midsole. The K7 has done away with the PowerGrid and introduced the EVERUN, a midsole compound that will replace the standard EVA technology in all its running shoes. The EVERUN tech is not only more durable but is touted as being more efficient in absorbing impact and delivers 83% more energy return with a noticeable resilient and responsive ride.

But unlike the Hurricane ISO 2, Guide 9 or the Triumph ISO 2 which sports a full length EVERUN midsole insert, the K7 only get it on the heel section which is to apparently give the K7 a speedier feel without being overly plush. The rest of the midsole is made out of the same material as the K6 which is SSL EVA rubber. 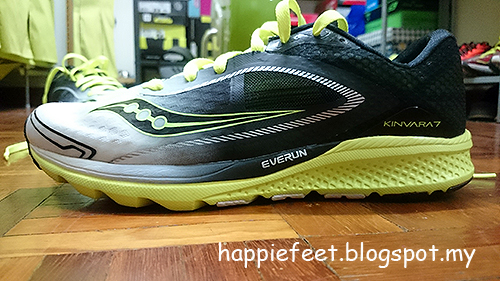 Fit wise, I found the Saucony Kinvara 7 to be consistent with the K6. The midfoot had a nice gentle but snug hold even with the Pro-Lock lacing system. The relatively low heel collar kept my heel in place nicely. The toebox though was a nicer improvement than the K6 and I loved the roomy feel I got from it. The mesh was breathable enough to keep my feet cool from the crazy heat conditions we run in over here. Overall I'd say my size US9's were a perfect fit weighing in at 7.7oz. with a stack height of 22mm (heel) and 18mm (forefoot), giving it a 4mm offset.

While I've done a few runs in the Kinvara 7 since I've got them, I haven't really taken them out for a long run. I planned to initially use them for the Kyoto Marathon but my torn meniscus put paid to that! But in all the shorter runs I've done to date, they gave a nice firm ride. I for one love the firmer spectrum of running shoes. 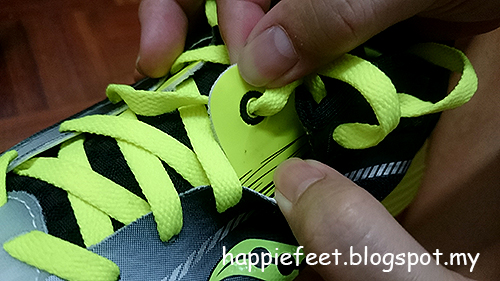 But after more runs in them and once you go out a little longer in them, your feet begins to settle into them and this is when the cushioning of the K7 really comes into play. Though I cannot really attest to it yet until I've taken them for a really long run, I'm betting my bottom dollar that my feet wouldn't be as fatigued after a really long run in them. I'll test that theory once I'm back to full marathon training in a week or so.

So, is the Saucony Kinvara 7 worth spending money over? I'd say a definite yes! Saucony has done an excellent job with the K7. Whether you're Kinvara loyalist or even one just wanting to try the brand will come to like the lightweight, responsive and zippy feel the shoe exudes. With my meniscus tear already on the mend, I'm looking forward to putting a lot more miles into them. The Saucony Kinvara 7 is a shoe that you can easily use for a leisurely 5km run right up to a competitive marathon with ease. 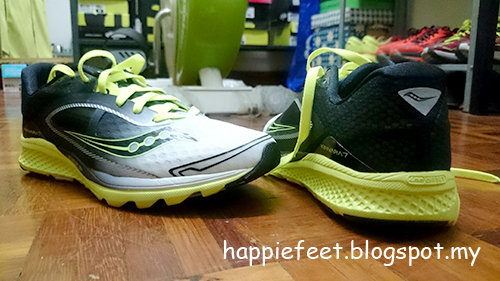 The Saucony Kinvara 7 will be available from today, 1st April 2016 (this is no April Fools' joke) at selected Royal Sporting House Outlets nationwide in 3 colorways for the men and 2 for the women. The K7 retails at RM429.00 but heck, it's worth every ringgit!