Two and a half weeks ago, I got a text from Skechers informing me that GObionic women's version was ready to be collected for the wife to test out. What? I thought. Only the women's version? What about the men's? I was envious. I've been looking forward to the Bionic for ages now.

I called the wife and told her the good news. Of course when I got home with it, I started messing with it even before she put it on. I would have put it on myself, women's model be damned, but unfortunately it was a tad too small for me ... siggghh. 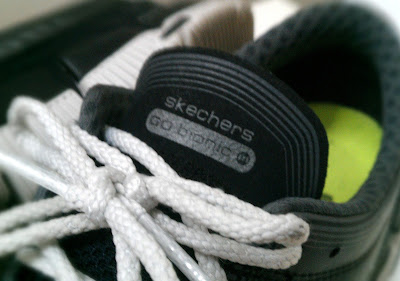 Now, let me tell you, the shoe is gorgeous. I actually like the sleek low lines of this zero drop shoe. The first thing I noticed is the pure weightlessness of the shoe. The men's size 9 is an incredible 6oz and the women's size 6 is 4.5oz! Now, I love shoes that are practically weightless.

Please note that most of the feedback here is from the wife since she's the one who actually used the shoe for running with a little of my own opinion thrown in from just handling the shoe. 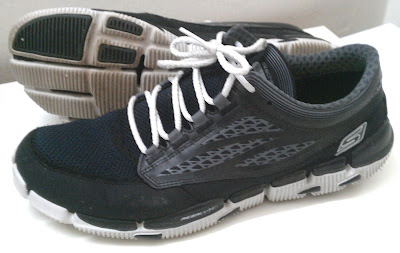 Just like the GOrun Ride, the distinct 'bump' in the midfoot section from the original GOrun is nowhere to be seen. The shoe looks slightly rockered with an undercut heel but according to the wife is actually totally flat when you stand in it.

She took the shoe out for an immediate trial run. I was pretty skeptical about her and the shoe. She's not very comfortable with really minimalist and extremely light weight shoes and the Skechers GObionic is one hell of a lightweight zero drop shoe! I was worried for her. She normally needs some form of cushioning, which is something the Bionic doesn't have much of.

But I was genuinely surprised when she came home with a huge smile on her face and the first words she uttered were 'I like this shoe and you're going to LOVE it even more than me!' Damn, that whetted my curiosity even more. She said the shoe made her run further and faster than her usual pace and no blisters whatsoever, mind you she ran sockless, which is something she NEVER does!

She said that although the shoe is pretty darn flexible, it was nice and 'rigid' when she ran with it with the soles absorbing the impact pretty well. A very surprising statement coming from one who has knee issues and needs slightly more cushion, which really speaks volumes for the shoe. 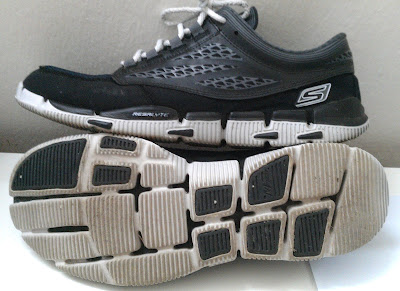 Her first run session with the shoe was a distance of 5K. She tried a few different speeds with the shoe ranging from slow and easy, sprints to some real hard running and she came through it with flying colors.


The end of the run also provided some pleasant observations for her, no achy knees, no pains in the legs, no blister or hot spots and her recovery time was much faster. The GObionc she says, is a shoe tailor made for racing!

Her second, third and fourth outings with the shoe produced equally positive results for her. This time she put on a pair of socks (Injinji for the second and an Adidas micro climacool for the third session) to see the difference and said it kinda restricted her feet movement a little with the thinner Adidas climacool socks faring a little better than the Injinji's. But she prefers running sockless in it cos she loves the 'feel' of the road through the sole.

From what I gathered by handling the shoe is that it's extremely flexible which I suspect will make for a smooth ride. From what I noticed after the wife's run session, the grid like sole, made from the same lightweight, injection-molded 'Resalyte' compound of the GO series does tend to be a debris trap with huge pebbles getting stuck in between them. 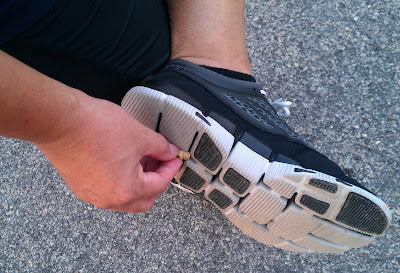 A little worrying is the very thin footbed of the midsole. It basically consists of a pretty thin micro-fibre layer just above the midsole which in my opinion might be inadequate in protecting the bottom of your foot should you step on a sharp piece of rock that lodges itself into the grooves of the midsole.

But I suppose it wouldn't be too much of an issues since the shoe is meant for tarmac anyway and not for trails, so the chance of that really happening would be pretty slim but it's something to take note of anyway. And it does come with a removable foam insert that adds a little more safety for your soles.

The flexibility of the deep midsole grooves gives the Bionic a fairly large degree of flexibility, front to back, side to side and even torsionally. You can practically wring the shoe out like a wet towel after the run. It's that flexible.

The upper of the Bionic is basically very lightweight and breathable, similar to the rest of the GO series with the only difference being the rounded laces which I'm not too keen off. I prefer them flat but it's just a petty issues seeing as how it didn't make much difference in the wife's run anyway.

From what I can tell of the shoe without really running in them is they're destined to be one hell of a pair of shoes for speed and I really can't wait to get my hands or rather feet in them. With that said and done, I'll come up with a much more comprehensive review once I get the men's version to run around in but overall, the wife finds the shoe to be to her liking. Jamie thinks the shoe 'forces' her to run light, making her runs more efficient and she seems to be reveling in it. 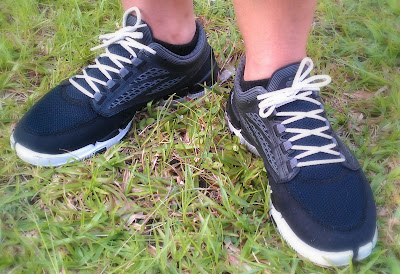 I'm actually hoping it will arrive before next week's Adidas King Of The Road, but I'm not holding my breath though, that would have been a good platform to test the shoe in race conditions :D