The 'knitted' shoe technology has been around for quite a while now. If you're a runner, especially one who keeps up with shoe technology, you've definitely seen them or even own a pair or two. I've always wanted to try one of them but the thing about these 'knitted' technology shoes are that they're quite pricey. 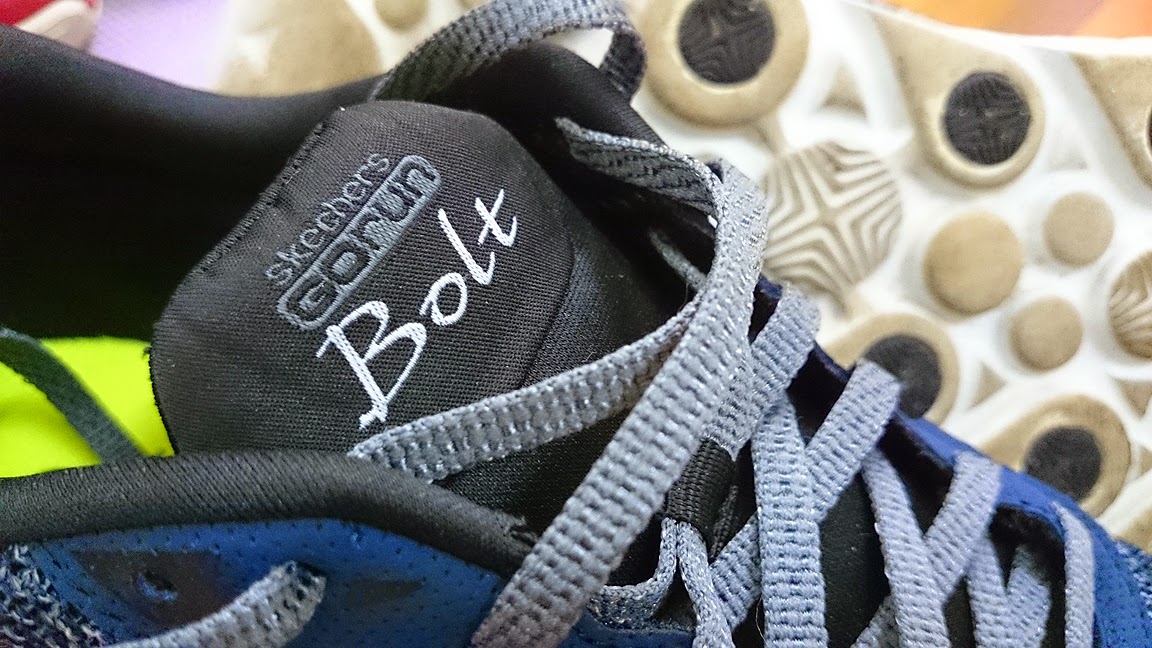 The GRB is basically a GOrun Ride 3 but with a completely new knitted upper fabric called the FitKnit by Skechers Performance. The GRB sports a multi coloured seamless woven advanced lightweight FitKnit upper replacing the standard mesh upper of the GRR3. The outsole is the very same one found on the GOrun Ride 3. 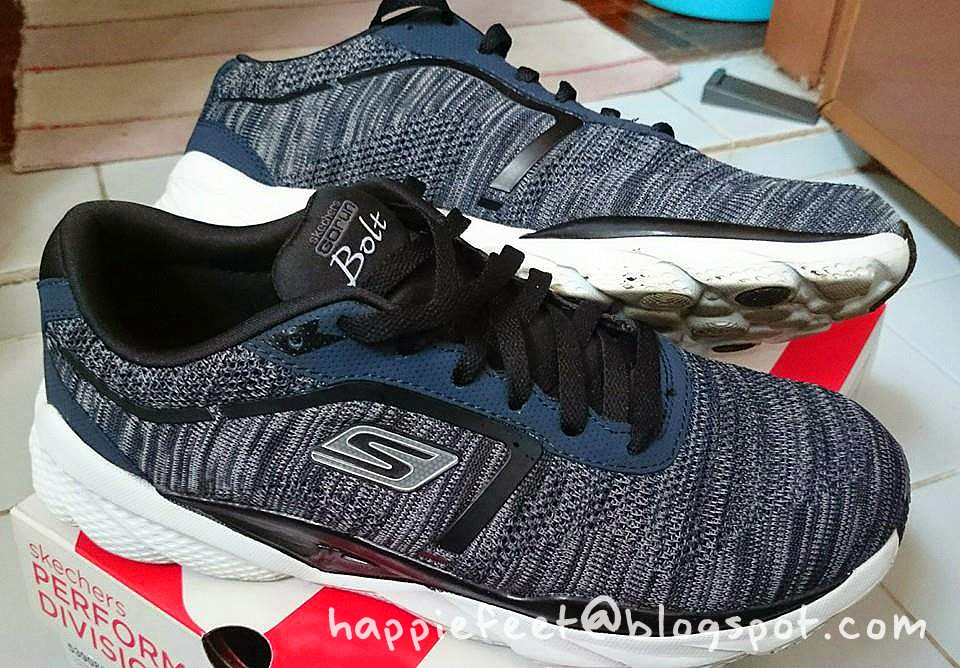 My first impression of the shoe was how different could it be from the current GOrun Ride 3, yeah a new upper, name and all but it's still built atop the same GRR3 mould. When Jamie, who collected the shoe for me, handed me the shoe prior to the MPIB clinic run last Saturday, I decided to give it an immediate test. I mean, why wait, right?

The first signs that my assumption of the GRB being the same as the GRR3 were quashed when I first slid my feet into them. The fit was perfect. The seamless woven upper fabric flowed over my feet like soft comfy socks. It felt totally different from the upper of the GRR3. While the GOrun Ride 3's upper was flexible, breathable and all that, it was a tad bit restrictive on my feet. 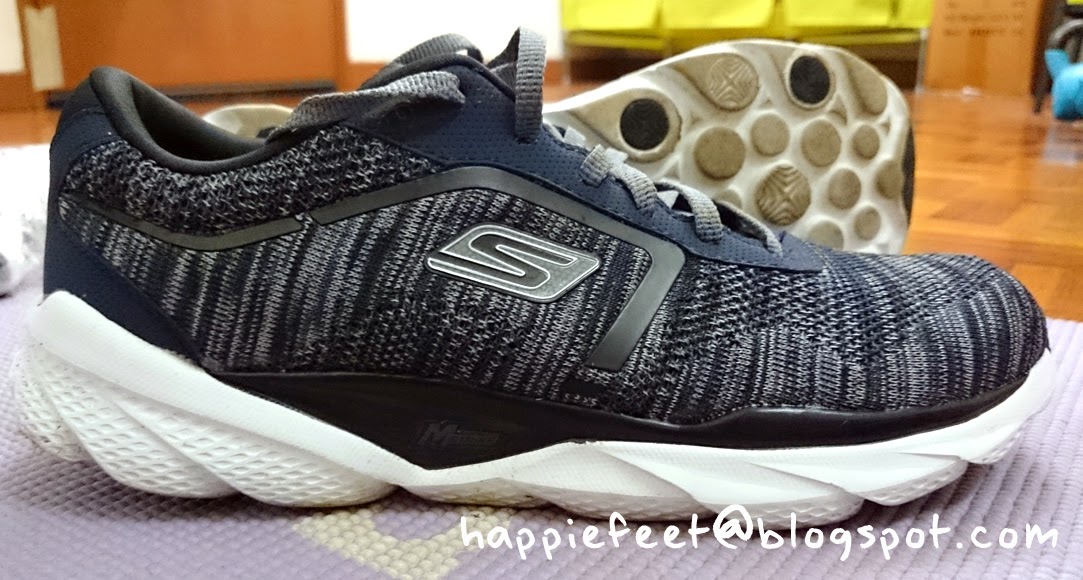 The Skechers GOrun Bolt on the other hand felt like you only had on a pair of socks over your feet. It was a pleasant surprise. Upon warming up and walking in them before the run, even the outsole felt a tad bit different, much more cushier and softer. I put that down to the illusion of it being a brand new shoe. The outsole is after all an exact duplicate of the GRR3.

My first run session in them covered a total of 13.5km and they were definitely way different from the GRR3. In all my runs with the GRR3, I was always aware that I had them on but with the GOrun Bolt, it felt the opposite. Never once did my mind waver to my shoe, which in shoe terms is really a good thing. 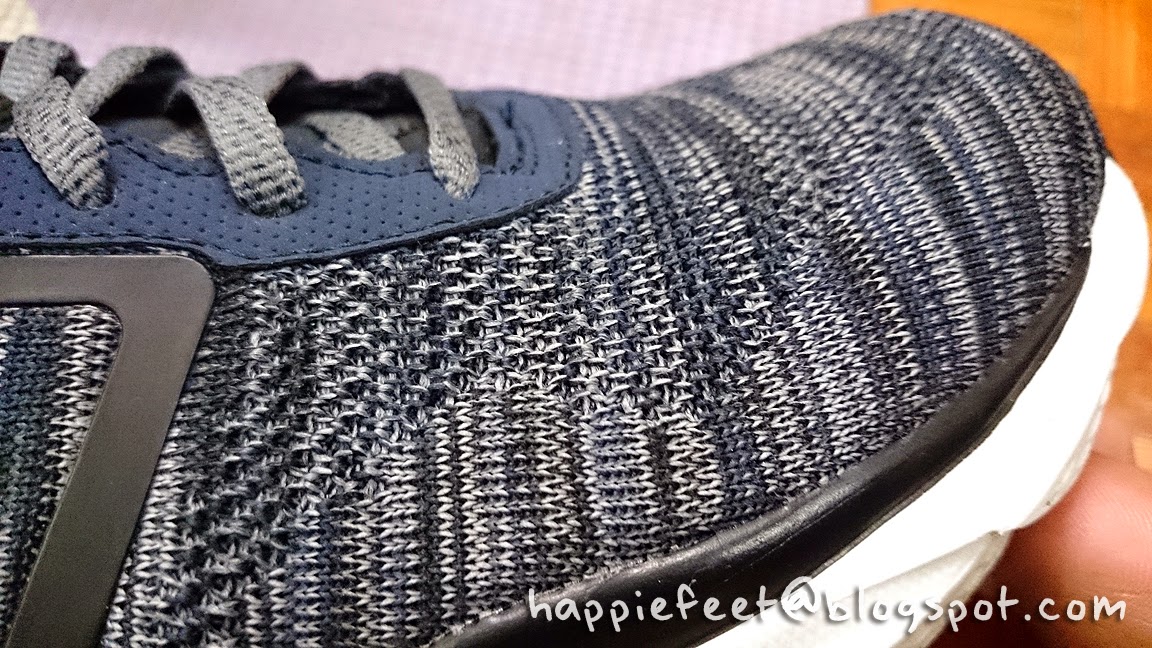 The bounce and cushioning of the shoe, which is in essence a 4mm drop shoe was quite amazing. It makes me wonder if Skechers really didn't tweak the outsole somewhat. The GRB comes with custom fit insoles, giving you the option of running with or without the insoles. I ran without the insoles like I always do. The ride felt completely different from the GRR3.

The upper was very breathable and I could feel the cool morning air flowing through the shoe somewhat. The FitKnit upper was pretty flexible as one would expect with a 'knitted' shoe and the material expanded nicely and seamlessly along with your feet. The woven upper also provides lateral and medial support for stability during runs. The usual padded tongue and heel counter were still apparent though. I've always preferred thinner tongues though. Weighing the same as the GRR3, the GOrun Bolt tips the scale at 8.4 oz in the men's size 9. The fit was simply perfect for me in my regular size 8's.

I was so impressed with the shoe that I decided it would be my race shoe for the CAPAM International Half Marathon the next day. I know almost everyone says not to run a race in a pair of brand new shoes, I find that totally hogwash cos I've run in quite a few totally brand new shoes without any incidents. Besides, my feet are simply cut out for most of the Skechers Performance shoe and no, I'm not saying that just to please Skechers. I'm fortunate to have feet that can accommodate most running shoes.

As expected the shoe was a joy to run in for the event and not once did I have to worry or think about my shoe throughout the race. The Skechers GOrun Bolt was like an extension of my feet and freed up my mind to completely focus on the race itself. It worked so well that I managed to even PR the tough and demanding course. 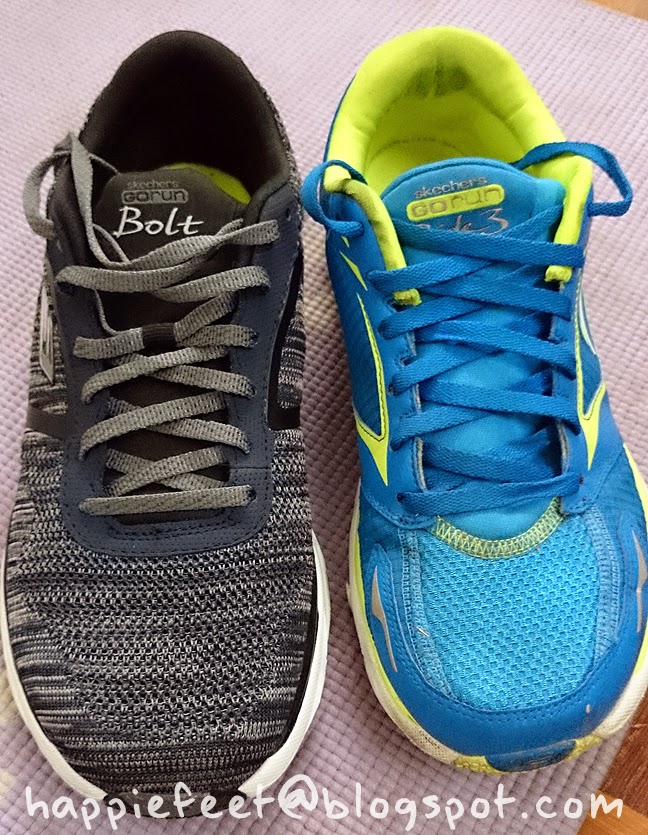 No hotspots and the upper expanded nicely along with my feet throughout the race. The only thing I cannot be certain of is how well the upper would perform in the rain or wet situations. I guess that will have to wait until a rainy run, which I would be reluctant to try them out or wait for one of the other shoe testers to do it .. LOL!

Overall, I'm very satisfied with the performance of the shoe. I've been using them for all my runs since I got them and have acquired some pretty high mileage in them already, around 60km plus, which is rare for a shoe that's only been in my possession for about 4 days and with work commitments thrown in. My only 'complaint' would be that the shoe lacked the usual funky colorway of the GOrun series. But nothing that couldn't be rectified with a change of the laces. I have loads of spare laces since most Skechers GOrun series shoes comes with a spare set of laces. 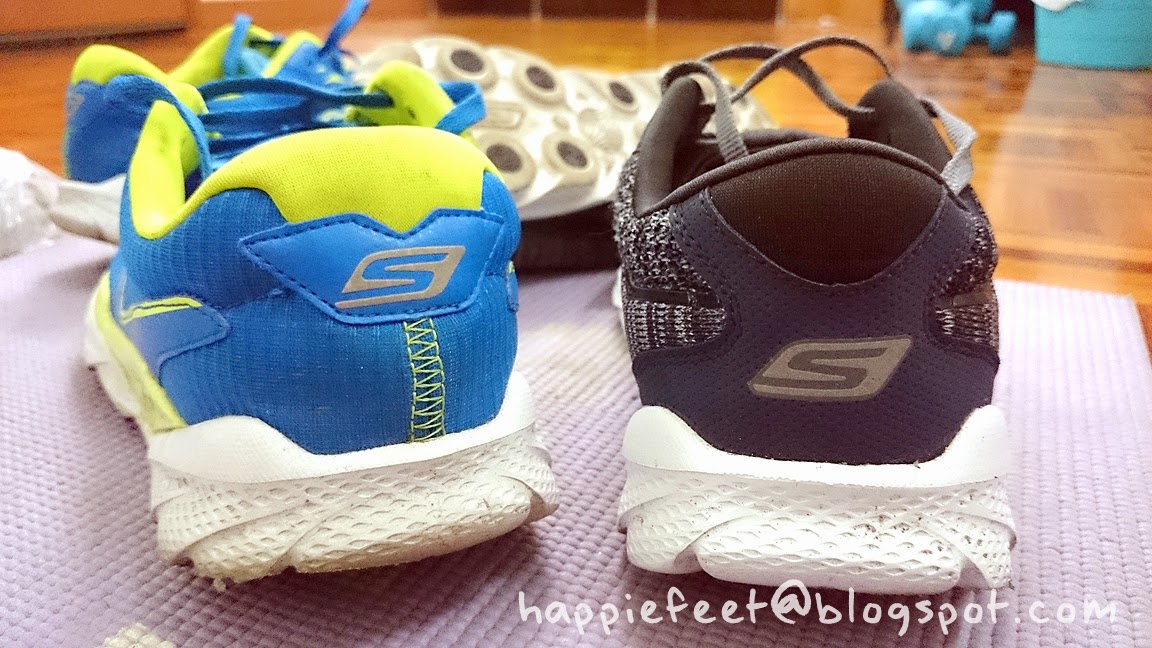 The Skechers GOrun Bolt will be launched end of this week in Skechers outlets here and will be retailed at RM399 for the women's and RM419 for the men's. Is it worth checking out? Yes, it definitely is worth looking at, whether you're a competitive runner or a casual one. It's also way more reasonably priced than its competitors out there. I'm just waiting for Skechers Performance to knit one in some fluorescent colors, that would be insanely cool.

Additional Info: Found the shoe to be a little too 'loose' during my recent 30K race and it took an effort to run at speed, unlike models such the GOMeb Speed 2 or even the GObionic 2. Good for training runs but might reconsider for longer distanced races.