Once again, as is always the case with me, I really don't know why I signed for a 30k run on one of the most toughest routes known to mankind. I really should learn from previous mistakes and spare myself some pain.

The Inov-8 Pacesetters 3030 run, a 30k race taking you through Bukit Tunku, Hartamas and back is easily a tough nut to crack. Littered with an undulating terrain of hills, hills and more hills, it's a nightmare of a route to race on.

While I've run races at distances longer than this before, the Pacesetters 3030 would mark my first ever 30k race. It was basically one of the contributing factors why I signed on for this besides being of unsound mind. The wife made a much wiser decision by only opting for the shorter but equally demanding 10k category. 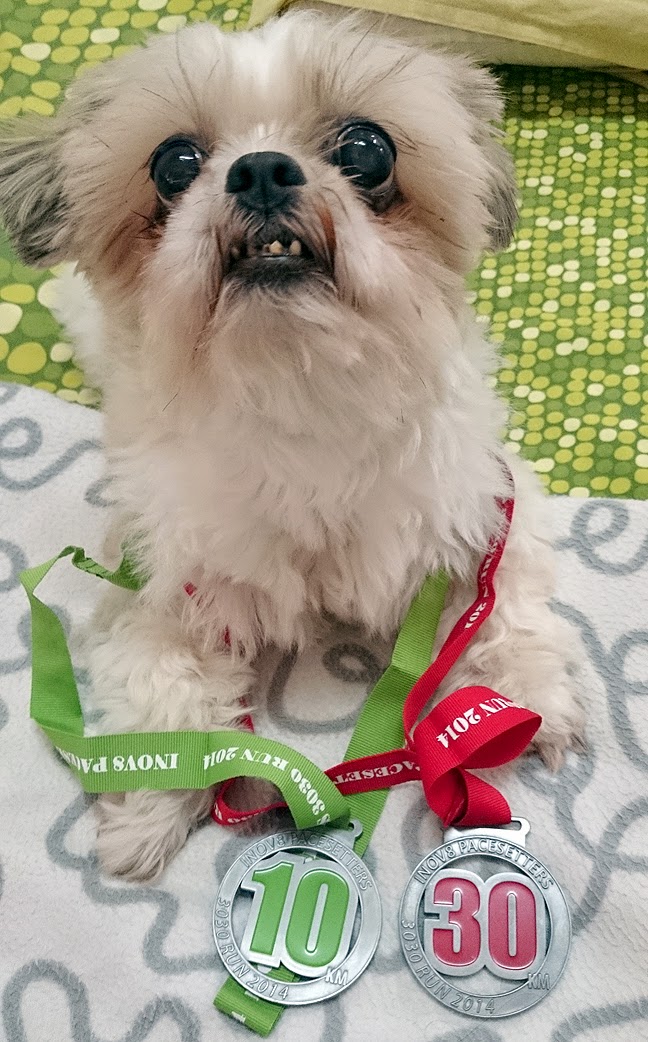 Waking up at the ungodly hour of 2.50am to get ready and take that drive down to Padang Merbuk, the race location, just to get decent parking was actually quite a challenge already. Jamie was already there, snoozing in his car by the time I got there and CY turned up a few minutes later. After getting whatever shuteye we could for a little while, it was time to head to the start area.

Julia, her boy friend and YeeHoo were already there as we met up at the earlier prearranged spot. Soon enough, Piew arrived to complete the GC group who would be running the event. After the usual chit chats, it was time to head to the start line, the moment I was dreading. I was a little concerned for the wife though cos she had a one and a half hour wait till her event was flagged off. She told me not to worry and that she would just ogle tall, dark and handsome men to while the hours away!

My entire plan was to keep it simple and treat this like any normal training session. I wasn't about to take on those hills at my usual race pace. I've had a few tough half marathons the past two weeks and with a lack of weekly mileage, attacking those inclines would have been suicidal. I latched on to CY who on his Nara Marathon training.

The three of us Jamie, CY and me started off at an easy trot. The air was cool and I found it a little hard to get the legs working. My entire lower legs felt extremely tight and it wasn't even 3km into the race! As the legs finally flushed out the tightness, the first 10k turned out to be pretty decent even with the inclines. But the route was to have us do two loops around the Solaris and Hartamas area which was really a mental thing, especially when you see the faster runners already on their second loop and you were still trudging along on your first.

The water stations were well placed and nicely managed. Drinks were aplenty and they even had salt water and bananas thrown in at some of these stations. Nice touch. I had four gels with me so I opted not to touch the bananas but took on the salt water to stave off the cramps. I was toying with the idea of running in full compression gear the day before but opted out since I wanted to see if I could manage without it and not get cramps.

The wife gave me an earful the night before about buying tons of compression gear and then just keeping them in the wardrobe without using them. But honey, all runners do that ... hahaha! Besides, you know just how long it takes to put one on? I could get an extra 3-4 minutes sleep la!

Anyways, back to the run. I saw quite a bit of familiar and friendly faces along the way. The second loop was kinda tough but things were still within my capabilities. Both CY and me walked when we needed to and ran when we could. Of course, when there were cameras we most definitely ran ... LOL!

With a quick stop for a toilet break at the Hartamas Petronas station, we also took the opportunity to get us a bottle of iced cold sugary drinks. CY grabbed his favored red tea and I picked up a Ribena and off we went. By this time, somewhere around the 20k mark, his legs were giving him some issues and not wanting to hold me back, he prompted me to head off on my own. While I was sad to lose his company, my legs were feeling fine so I headed off on my own.

By this time, the 3:30 pacers were long gone and after doing some quick mental calculations, I decided that I still had some fuel in the tank to chase them down. I upped the pace and the chase was on. I was a little surprised that I could still kick up a 5:20 pace but was cautious cos I still had that blasted double hills stretch to take on just before the finish.

I downed my third gel just before I hit the double hills stretch, took on some salt water, doused my head with cold water and actually ran up 90% of double hills! I was huffing and puffing by the time I hit the top and thought of a certain good friend who could take on this hills with no effort. You were with me on this stretch, buddy!

I finally caught up with the 3:30 pacer about a kilometer from the finish and was happy that my personal targets were achieved. Strangely enough I kinda enjoyed the hard last 10k effort that I put in. The finish line was a sight to behold though. I crossed the finish in a time of 3:27 with 3 minutes to spare from my projected target.

The wife was there to greet me at the finish, having completed her 10k earlier. It was her 10k personal best and I'm very happy for her. All those early mornings of hard work you've put in are showing its benefits. Good job hon, especially on a course that was pretty tough. Keep it up!

After picking up my medal, goodies and stuff, met up with the GC gang who had finished earlier. A big congrats goes out to Julia for her win. Great job, Julia! And you got your shades in the process too :D A shout out to YeeHoo as well on a very strong run! The suffering and pain was finally over and we headed back to the car just as CY came in. Overall, it was a pretty good and well organized race but I'll be shying away from next year's edition if it was held here again. Then again, who knows, ask me next year and I might be silly enough to do it again! 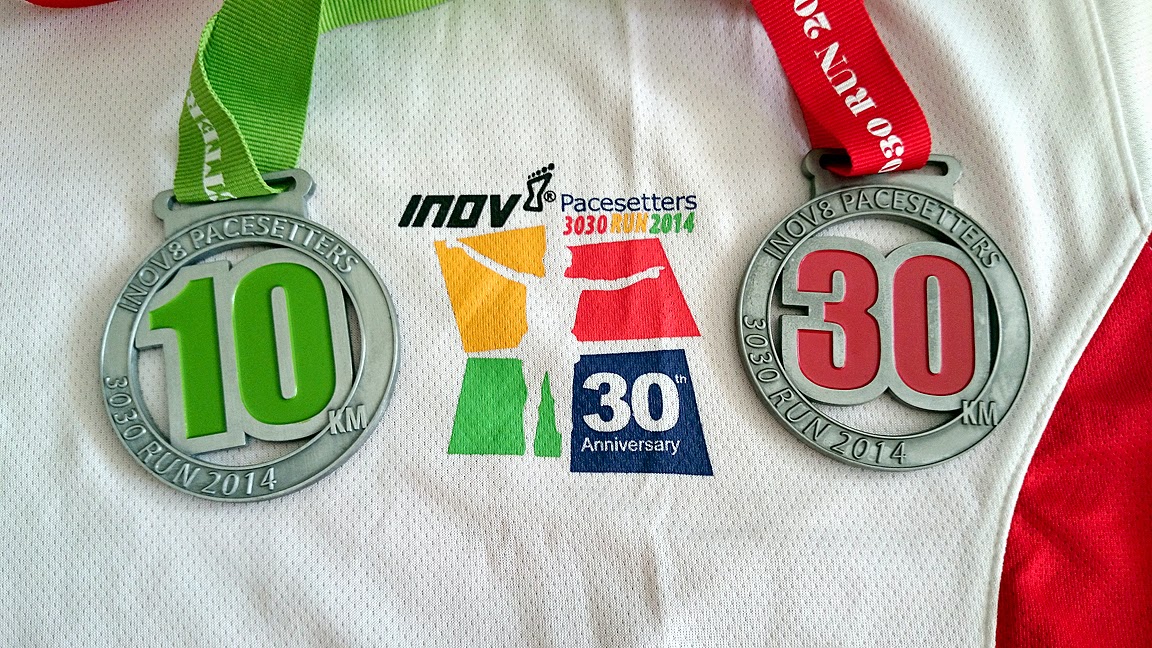