The PJ Half Marathon is just around the corner and I'm forseeing a horrible week leading to the race with a huge chance of me not getting in much training for it. One reason is cos of the daily evening rains and the other is the tight work load that awaits me this week.

And don't even ask me to wake up in the early mornings to run. The only time I do that is on race days and weekends. Other days, even an earthquake with a magnitude of 10 on the Richter scale wouldn't even budge me! 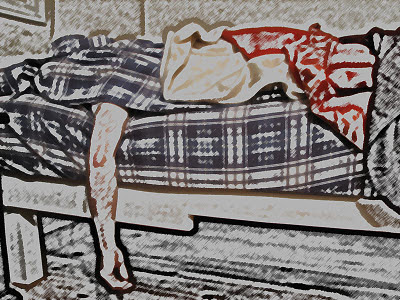 At least the coming Deepavali holidays would give me an opportunity to run in the morning. Somehow, I can actually wake up on holidays that fall during the weekday ... LOL! It's either that or I don't get in any running at all before the race. I suppose there is a good side to not being able to run before the PJ Half. The legs would have enough time to be well rested and I'd be totally fresh for the race.

But not being able to run and seeing other people running is plain cruel! There should be a law against it ... hahaha! I'm looking forward to the PJ Half though, seeing as how the route looks pretty 'easy' though somewhat boring. I'm going to go along with Neoh's idea of seeing if we both can run on the Federal highway faster than we can normally drive which judging by the usual daily crawl along that stretch is entirely doable :D

I'm just hoping the race is going to be well organized and the water stations are adequate cos the entire stretch is pretty barren and once the sun comes up, which is kinda early, the weather is going to get a little hot and the need for hydration is going to be pretty important. I drive along the race route for work daily and it's really direct sunlight without much shade. So, finishing the race fast would be a good idea too. Hope to see all the usual faces at the race this weekend :D

With that said and done and if I don't get the chance to get online, I'd like to make an early wish to all my Hindu buddies wishing them a beautiful Deepavali.