Training Recap Week 4 - Believing In Yourself!

Today marks the end of one month of the LHR (Luke Humprey Running) Plan and so far I've been able to cope with the intensity save for some days when I question why I keep doing this.

The mileage this week capped out close to 75k, a slight increase from last week. Nothing much really change in the plan this week save for the 800m intervals on Tuesday. The Thursday tempo remained the same and I may have run that a tad too fast (dumb, Nick, dumb) and made the next day's easy anything but easy with the very, very tight and achy calves.

But keeping things on a really, really pace the next two days after the tempo helped me recover enough to take on this Sunday's long run. While it's only 15km and might be nothing to some, to me, 15km can be daunting, especially mentally where I'm still pretty weak but have been working on being mentally stronger. 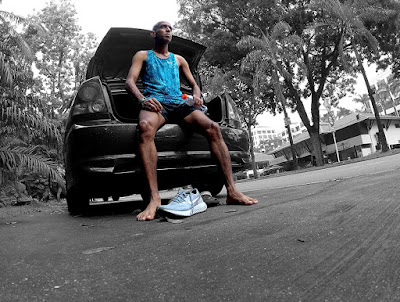 As fate would have it, I happened to read a tweet from Hal Higdon that said "Do not expect every run to be perfect. If you try to run hard or fast every day, no wonder you struggle. Start gently. Pace yourself. Walk." and that set things into better perspective, especially for this morning's long run. The 15k this morning was spot on with the pace and what the plan called for, which was a faster second half paced run. A perfect way to end Week 4 and the month of March.

Week 5 will see a bump in mileage and also an increase in both Tuesday's interval and Thursday's tempo distances and also the weekend's long run will see an increase to 20km. Looks and sounds daunting but hardwork always is and I keep repeating this mantra over and over again when things look bleak - BELIEVE IN YOURSELF!