The new Balance Pacesetters 15k concluded about 5 hours ago and I have nothing but good things to say about it :D I thoroughly enjoyed the run. Though there were signs of rain, the early morning weather at Putrajaya was simply beautiful for running.

Everything from legs to lungs held up nicely and I managed to cross the line in a time of 1 hour and 25 minutes. It was one of the better organized races I've been to in a while and things went pretty well but then, that's what you get when people who actually run organize runs :D

The only complaint I have was with my Nike+ Sports band giving me the wrong distance reading which kinda affected my pace. I can't wait for the Nike+ GPS watch to hit these shores cos I'll be the first one outside the door waiting to purchase it!

A big thumbs up goes to wifey who managed to complete her first ever 15K run in a pretty respectable time. I'm so darned proud and happy for her :D So now you gonna do the 21K next honey? LOL!

A big thank you goes out to this unnamed malay lad who kept me company and paced me for about 7K of the race till then end. It's always nice having someone to run along with you. I also managed to finally catch up with Jamie Pang after the race for a bit. 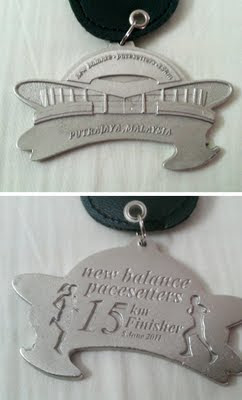 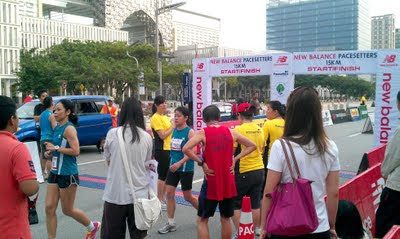 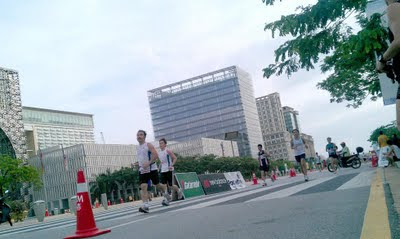 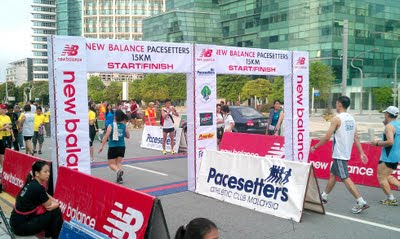